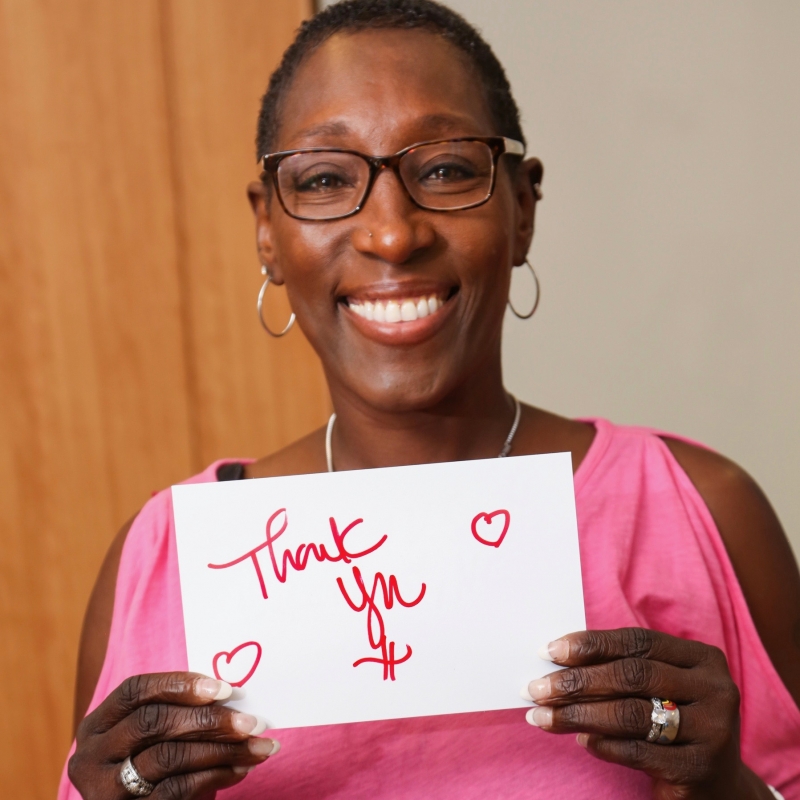 Roshanda “Wyndi” Smith, who runs a stainless-steel jewelry business, is living with stage 4 metastatic breast cancer — staying strong in spirit, even on her weakest days.

She said she’s “realistic” about her future, having gone through “the five stages of grief” after she first learned, seven years ago, that the ductal carcinoma she’d successfully battled twice in her thirties, had metastasized.

“I try not to give in to this thing, if at all possible,” reflected Smith, a federal government retiree who sells her jewelry at “Lyda’s Dream” in Fayetteville, North Carolina. “If I can drive, I’m going to drive. If I can walk, I’m going to walk. If I can do anything for myself, I’m going to do it. I don’t have to give into cancer. I’m just not built that way. I’m strong. I’m a fighter.”

Smith was first diagnosed with and treated for ductal carcinoma in situ in 2001 at the age of 34. Four years later, when she learned it had advanced into the breast beyond the ducts, she made an appointment at Duke.

“When I got there, I was scared,” said Smith. “At first I was like, ‘no way, they're not going to remove my breast."

When it was all said and done, Smith relented and opted for surgery. Soon she was clear of cancer.

It was at a follow-up four years later, in 2010, that she found the cancer had spread to her lung, ovaries and lymph nodes. She had her ovaries removed and has since continued with different types of chemotherapy and hormonal therapy treatments.

The cancer remains in her lung and lymph nodes and over the past year has also advanced to her stomach lining, liver and blood. In fall 2017, she had a cancerous lesion removed from her brain with non-invasive stereotactic radio surgery.

“Once the cancer had spread throughout my stomach, I couldn't eat,” said Smith, recalling how she felt last spring. “I couldn't sleep. I wasn’t working. It was just constant pain. I was really dour, and, I admit, a little depressed about my situation.”

Marcom switched Smith to a new chemo regimen, and after one dose, scans showed that the cancer had shrunk a little bit and was stable. Smith said she began to feel like herself again. She and her oncologist were elated.

“Dr. Marcom gave me fist bumps; he was so happy he gave me a hug,” said Smith. “It was the best news. My whole world lit up.”

“Wyndi is inspirational,” said Marcom. “She has shown a remarkable depth and strength throughout her treatment, but also a zest for life.” 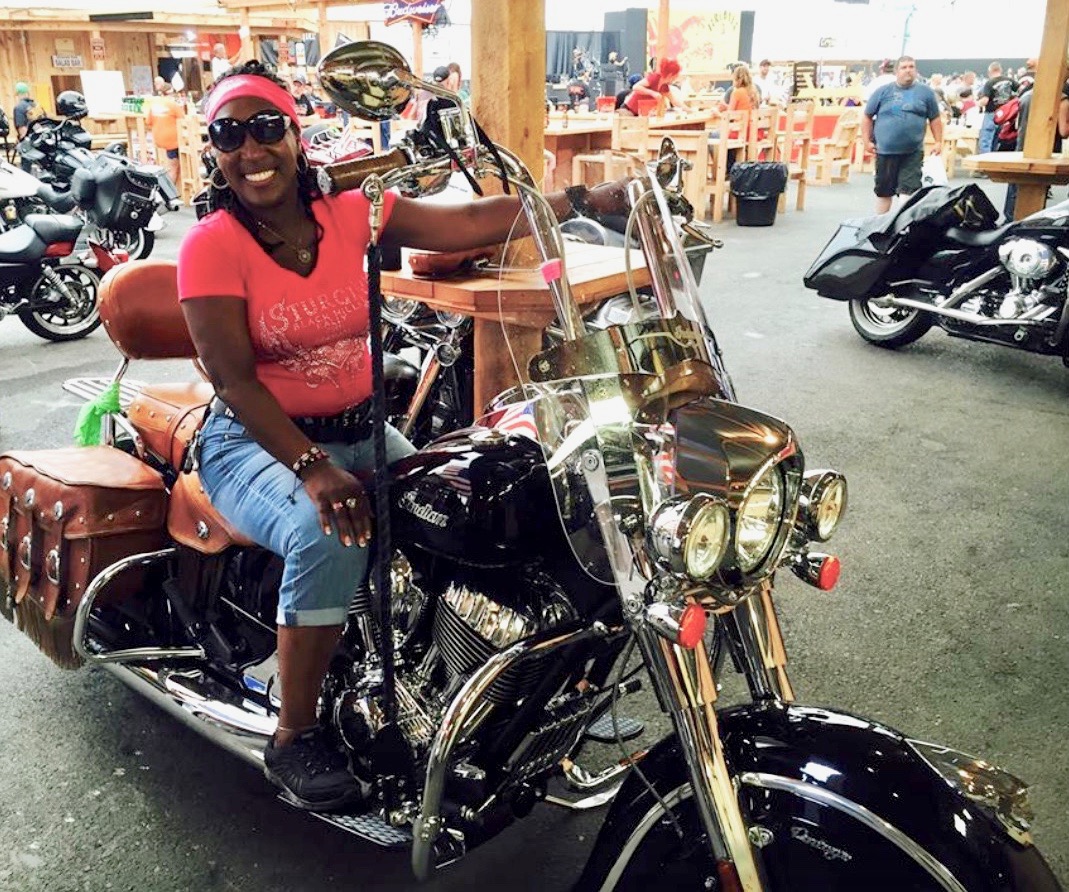 Here's Wyndi Smith in July 2015 at the Sturgis Motorcycle Rally in South Dakota. Though not a biker herself, she enjoys a ride when offered.In addition to managing her business locally, Smith often travels cross country to sell her stainless-steel jewelry at biker shows. She also keeps busy volunteering with the NAACP and children’s charities.

Physical exercise is a priority. Smith says the healthier she is, the easier it is to take on some of her treatments, including chemotherapy and radiation. In February 2016, she hiked to the top of Stone Mountain in northwestern North Carolina – a onetime simple feat for which today Smith takes great pride.

A few months ago, she joined a fitness group of about 20 cancer survivors who gather twice a week at the Durham YMCA.

Smith participates in Zumba classes, walks on the treadmill and plays racquetball — a sport she was competitive in during the 90s. She’s made friends with other women, also survivors.

“I have a network of friends and family who ensure I’m supported in any way that I need,” she said.

“At Duke, they’re doing everything they can to help me make my situation better, in addition to giving me the best medicine that they have available,” she said. “I try and stay happy and I do what the doctors tell me. At this point, for me, it’s all about longevity. The rest is in God’s hands.”

Smith, 51, had some advice for others with metastatic cancer.

“One day you might have a little pain; one day you might feel lethargic and you just might need to sit still,” she said. “No. it’s not the best situation and you wish it was different. But understand that as long as you’re breathing, you’re alive, so make the most of it. Get up in the morning. Get dressed. Get out ‘the house. Every day might not be good, but there is good in every day.”