The Patient Who Changed Cancer 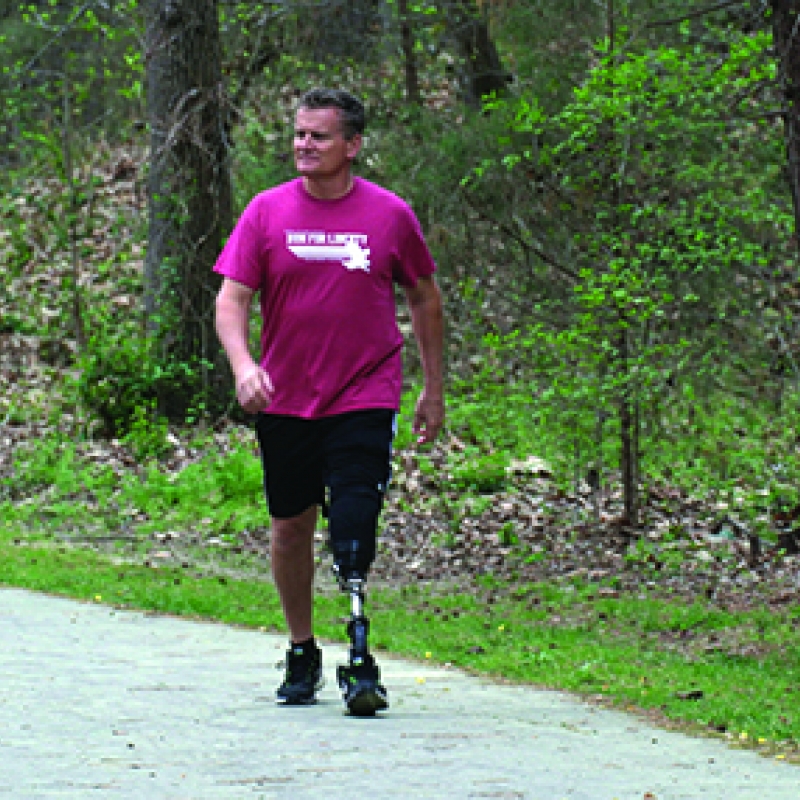 Peter Morrissette’s life was changed forever by cancer. The father of three who loved to play ice hockey and compete in triathlons lost a leg to sarcoma (soft tissue cancer).

He was one of 15 patients who were the first to receive an injection of LUM015, a fluorescent agent that makes cancer glow when it’s viewed with a special device. The clinical study helped Duke researchers develop a technology that could make it easier for surgeons to see and remove all of the cancer the first time.

At first, Morrissette was unsure about participating in the study, which would require extra time in the hospital before surgery. “I just wanted to be home with my family, in my own house being comfortable, leading up to the surgery,” he says.

But then he thought about the possibility that LUM015 could someday prevent another sarcoma patient from going through a second surgery or a cancer recurrence. “I realized, looking at my daughters, if I could do something that would maybe help them, or help somebody in the future, I should do it,” he says.

Three years after his leg amputation, Morrissette says he is “improving on a daily and weekly basis,” after going through several different changes to his prosthetic leg and foot. “I’m able to go out and do a six-mile walk. I can walk on the treadmill,” he says. “Climbing ladders around the house—it’s not a big deal. It’s all doable. The nurses, doctors, and medical staff at Duke, they are all top notch.”

Though the clinical study examined the safety of LUM015 and didn’t change Morrissette’s treatment, he’s glad that he was a part of it. “If I had to go through this again, I’d say ‘Let’s do the same thing,’” he says.