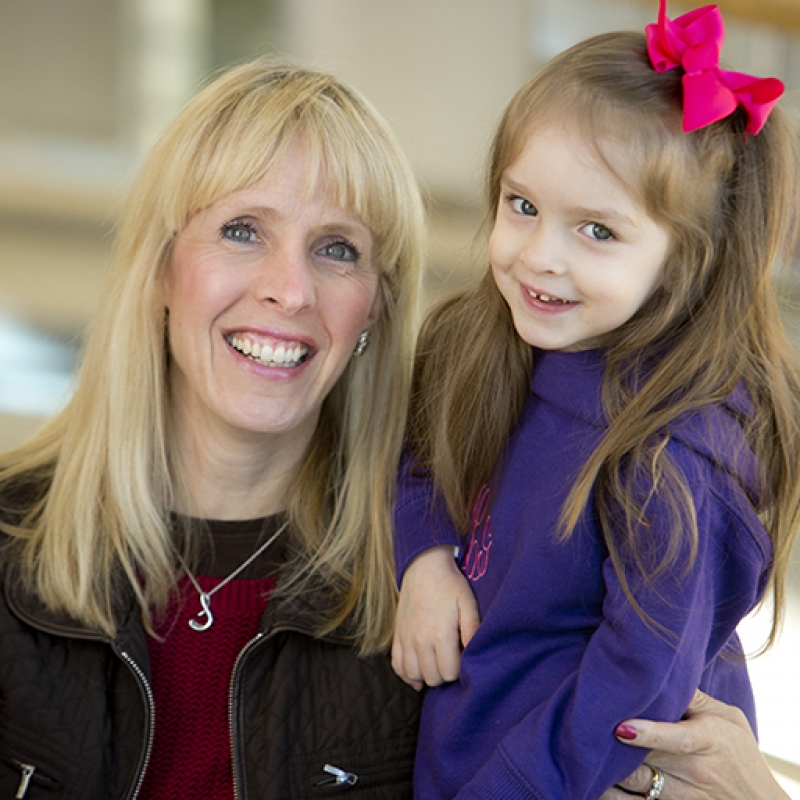 No one would say it’s a good thing to be diagnosed with an aggressive brain tumor at age 30. But Sabrina Lewandowski insists it has changed her life for the better.

"Having cancer that early in life made me rethink things," she says. "It has given me time to change myself as a person and live a more meaningful life."

Lewandowski is convinced she wouldn't have had that time if she had not received treatment at the Preston Robert Tisch Brain Tumor Center at Duke. Lewandowski's tumor was a glioblastoma multiforme, one of the most aggressive. "With the type of tumor I had, a lot of places wouldn't have touched me; they wouldn't have operated on me," she says.

At Duke, after Peter Bronec, MD, removed the tumor, Henry Friedman, MD, planned an aggressive course of therapy. Lewandowski went through 33 days of radiation, followed by a year of chemotherapy, alternating different agents.

She has been cancer free for nearly 13 years. "I was very blessed with the success. I don't even know how to say it," she says.

A former elementary school teacher,  Lewandowski spends much of her time helping other people with brain tumors. She volunteers as an organizer with Angels Among Us, a 5K run nd event that since 1994 has raised more than $16 million for the Tisch Brain Tumor Center. She also talks with people who are newly diagnosed. "I hope I can be an inspiration to others who are going through what I did," she says.

Her closest circle of friends has filled with other cancer survivors. "Because of the brain tumor, I've met so many wonderful people, and I can't imagine those people not being in my life because they really give me a lot back," she says.

Two of Lewandowski's biggest inspirations are her husband Gregory and her daughter Layla. Now three years old, Layla was born 10 years after Lewandowski was first diagnosed with cancer and just 11 days before she spoke at the 2012 opening of the Duke Cancer Center building. "For me to be able to create a new life after fighting for my own is truly a miracle," she says.