Climbing to the Top for Cancer Research 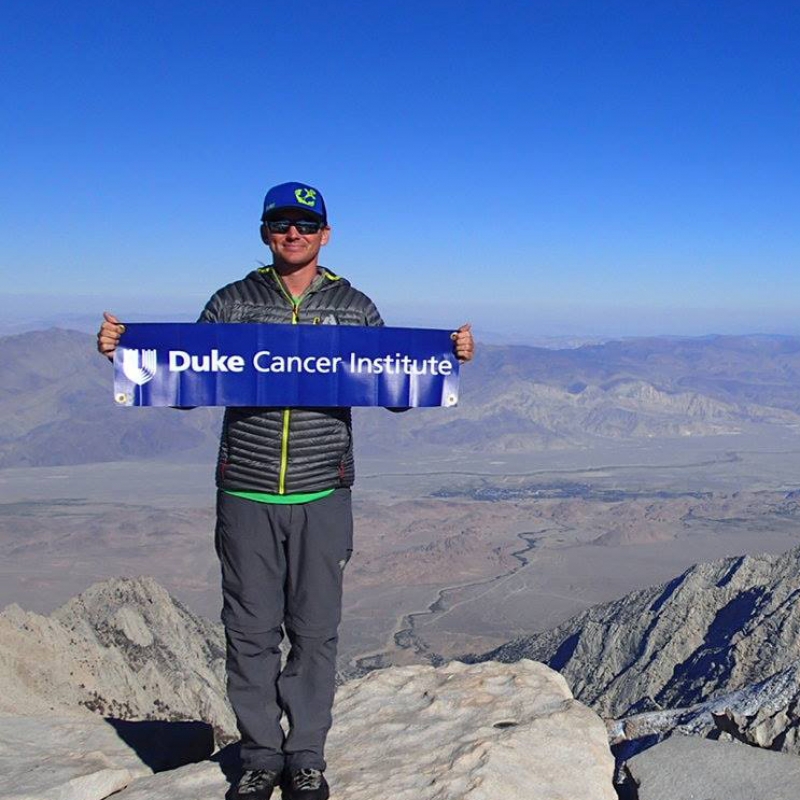 For a guy who has spent most of his life at sea level, Barrett Whitten has an unusual affinity for altitude. Born in the port city of Wilmington, North Carolina, and raised in another port city, Charleston, South Carolina, where he still lives, Whitten was one of those sun-bronzed kids who practically grow up on the beach. He has made the sea his career; he’s worked as an ocean-going mariner, originally on cruise ships and then as first officer aboard a seismic research ship gathering data about potential oil reserves underneath the sea floor.

Turns out he’s doing it for his mom. Whitten’s plan to try to reach the highest point on each continent—a collection of peaks known to mountaineers as the Seven Summits—is the centerpiece of a project he has launched, in conjunction with Duke Cancer Institute (DCI), called Summit for Cancer. The project is designed to raise awareness and money for cancer research at DCI.

He began the effort as an expression of support and appreciation for the care his mother has received at Duke, primarily from oncologist Michael Morse, MD, MHS, since she was diagnosed with colon cancer during a routine colonoscopy. “That’s what really changed my focus,” Whitten says. His mother was involved in some of Morse's research designed to maximize the effectiveness and minimize the side effects of chemotherapy. "It made a huge difference for her," Whitten says.

Barrett's mother Monica sadly passed away after a long and courageous battle with colon cancer in 2015.

Whitten didn't come to mountain climbing completely out of the blue. As a child he did a fair amount of backpacking from his family’s vacation home in the North Carolina mountains, and he has always had wilderness as well as the open ocean in his blood. To prepare for his "Summit for Cancer," he completed high-altitude training in the Cascade Range in Washington State.

With each climb, he will gain experience and expertise—and, he hopes, raise ever more money for cancer research. “That’s what it’s all about,” he says. “We’re off to a good start, and I think the project will gain momentum as we go.”