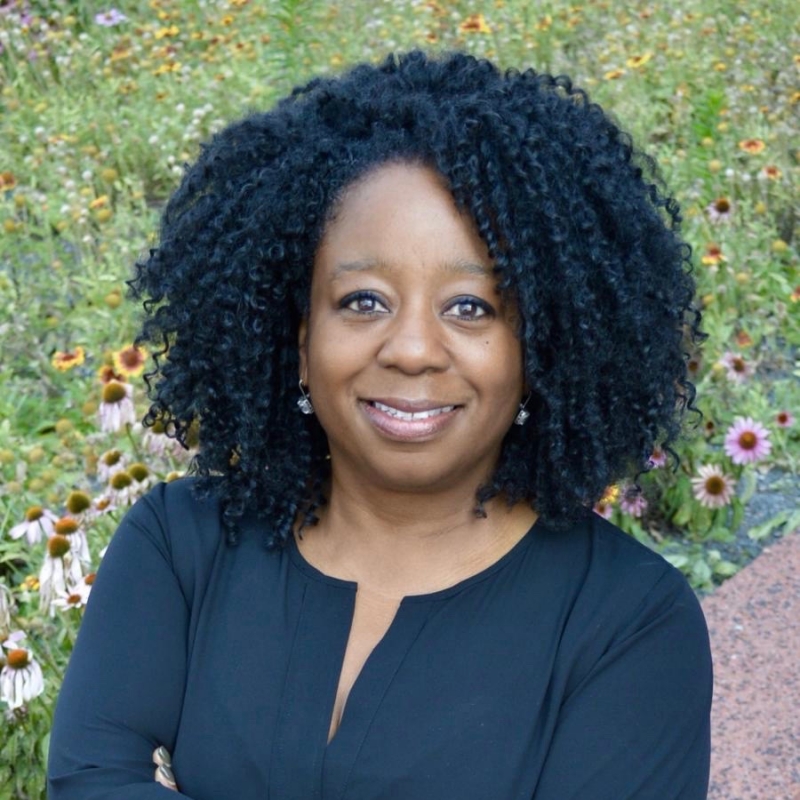 Most studies of new treatments don't reflect the diversity of people in the real world. That's a problem. 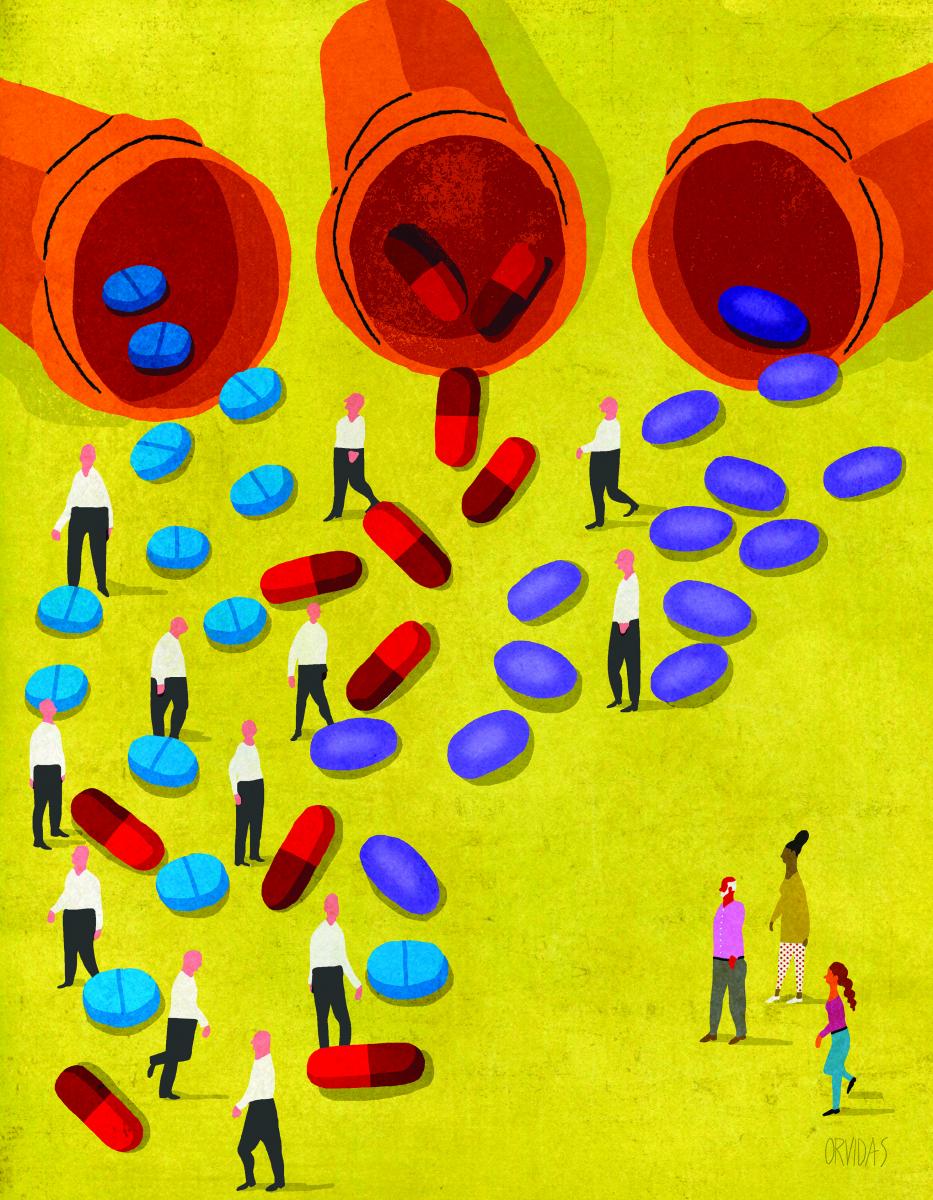 (illustration by Ken Orvidas)THE NEXT TIME YOU TAKE A MEDICATION, CONSIDER THIS: It’s available because it was shown to be safe and effective in clinical trials. In these controlled studies, researchers give a new treatment drug to actual patients and measure their responses.

But most people who enroll in those trials are white. If you’re a person of color, how do you know the drug will work the same for you?

The lack of diversity in clinical trials is a recognized problem in development of new treatments for many diseases, including cancer. Duke researchers are trying new ways to solve it.

Nadine Barrett, PhD, associate director of community engagement and stakeholder strategy at Duke Cancer Institute, has studied differences among people and how they affect behavior since she was a graduate student in medical sociology. Her interest in access to health care was sparked when she emigrated to the United States at age 15. Her mom, who had been a nurse in England, worked as a babysitter when they came to the U.S, and for years, the young family lacked health insurance. She saw her mom struggle to understand the American health care system.

“The number-one reason that most people say they participated in a clinical trial is because they were asked,” Barrett says. “If we have patients coming through our front door, and they at least get asked, diversity could be increased just from that alone,” she says.“So why are we not asking most of our patients to participate in clinical trials?”

The answer to that question may lie in implicit bias—unconscious assumptions that we tend to make about others. Maybe a health care provider assumes that a person of color wouldn’t adhere to a strict medication regimen or that they wouldn’t want to participate in a trial because of mistrust based on historical ethics violations such as the Tuskegee Syphilis Study.

The Just Ask training helps doctors, nurses, and other clinical research staff recognize their biases, and it teaches strategies for building rapport.

“Put the notebook away, walk up with your hands free, shake hands. What does it mean to make sure that I’m engaging with this person in a respectful way regardless of whether they’re the same race as me or not?”

Barrett has presented Just Ask to several clinical research teams at Duke as well as St. Jude’s Hospital. She’s expanding the program and testing its effectiveness with a $71,000 grant from the V Foundation, funded by the Victory Ride to Cure Cancer (see “Vibert’s Victory Ride”).

Just Ask was one of many strategies that a research group led by Dan George, MD, used in a trial that led to a surprising discovery that has launched a national debate about race and prostate cancer treatment. 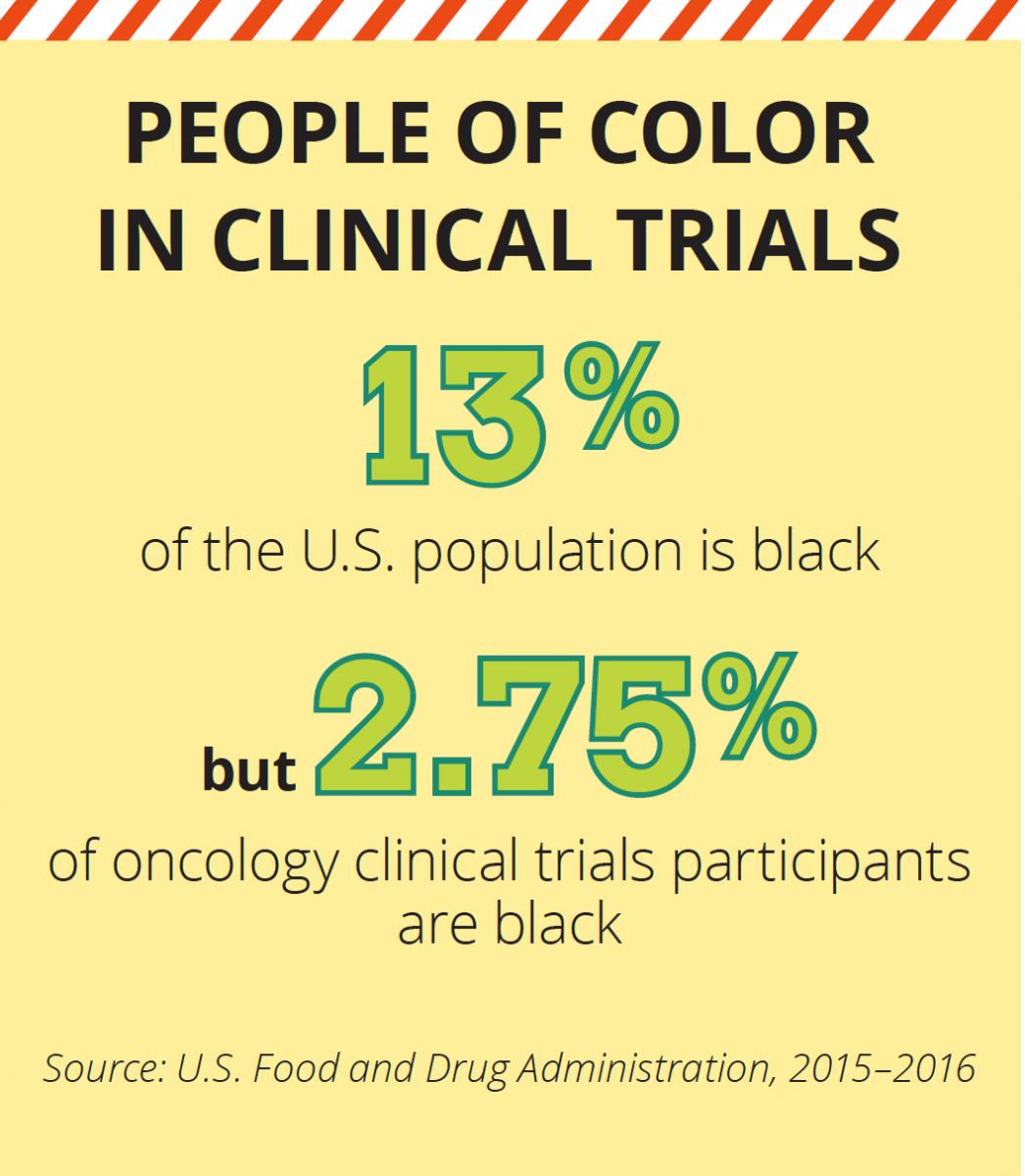 It’s known that, overall, black men tend to have more aggressive prostate cancer and die from it earlier. But George, professor of medicine and professor of surgery, was intrigued by retrospective studies that suggested that a particular drug—abiraterone—worked better in black men than in white men.

He wanted to find out if the results would hold up in a prospective study (in which patients are identified first and followed for outcomes). So he launched a trial of the drug that aimed to enroll 100 patients with advanced prostate cancer—50 white men and 50 black men—to evaluate their outcomes.

George didn’t expect any problem enrolling enough patients in both groups. The study was providing free access to an expensive drug that was new at the time. The prostate cancer patient population at Duke Cancer Institute is 25 percent black. And this trial was also open to smaller cancer centers around the southeast that are affiliated with Duke.

But in the first year, the trial had enrolled only seven men in total. “We knew we weren’t going to get there,” says Carol Winters, RN, OCN, CCRC, the study’s project manager.

So George asked the study sponsor, Janssen Pharmaceuticals, for more funds to expand to other centers. He persuaded colleagues at cancer centers in Alabama, Louisiana, New Orleans, and Michigan to join.

To reach full enrollment, the team used regular conference calls and Skype sessions to stay in touch with staff at the other sites. “We needed to keep the study at the top of their minds,” says Colleen Riggan, BSN, RN, a co-project manager.

The study team is publishing a paper in a scientific journal about these strategies.

The results of the trial, presented in June 2018, showed that black men in the study had longer median time to disease progression, as measured by PSA, a blood marker of the disease, than white men in the study. In addition, the black men’s PSA levels decreased more than white men’s. These results were surprising because, in general, black men with prostate cancer tend to be sicker and die faster. 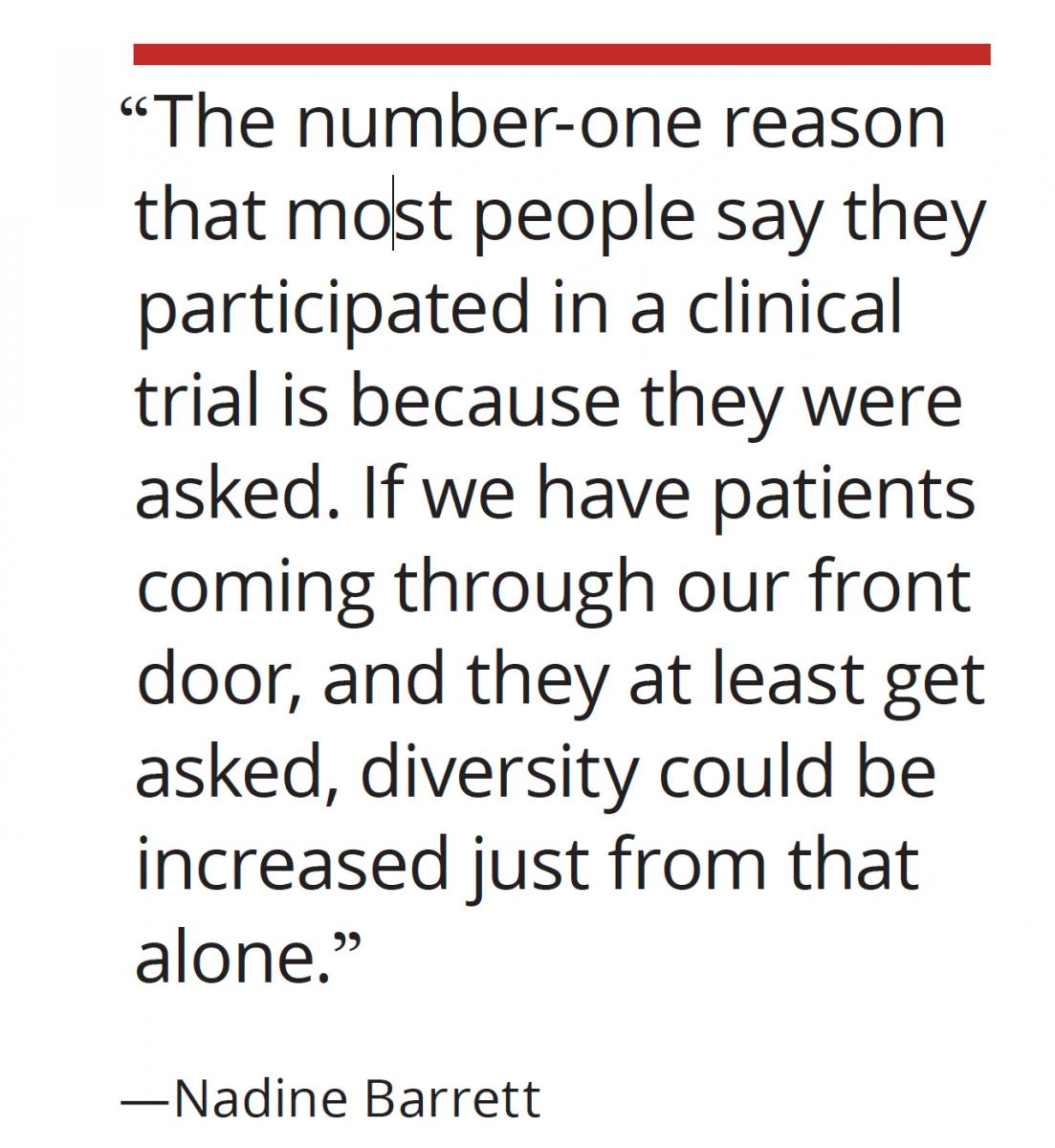 One interpretation is that the usual health disparities fade when everyone gets the same access to high-quality care.

“We need to help educate clinicians that these patients need to be treated aggressively with standard-of-care therapies when they’re most appropriate,” George told a reporter for Bioworld.

Another possibility is that biological differences associated with racial ancestry may drive responses to treatment. For instance, maybe some black men are more likely to have variants of genes involved in breaking down and transporting testosterone. George and others at Duke are conducting genetic studies on samples from men in the trial to find out more.

The trend in better overall survival for black men treated with both chemotherapy and with drugs that target hormones is borne out by other studies. One was an analysis of a large Veterans Health Administration database that included nearly 3,000 men. The study showed better overall survival rates among black men with metastatic disease who were treated with abiraterone or enzalutamide.

“We don’t really know why this is occurring, but it is definitely something that demands further research,” says Duke medical oncologist Megan McNamara, who presented those results at a meeting of the American Society of Clinical Oncology.

Understanding race-related biological differences that may affect treatment response will inform care of all men with prostate cancer.

“We want to get a more precise genetic definition of not just the tumor, but of the patient,” George says. “Diversifying the population in clinical studies will help accomplish that. Historically, our clinical trials haven’t included men of color.”