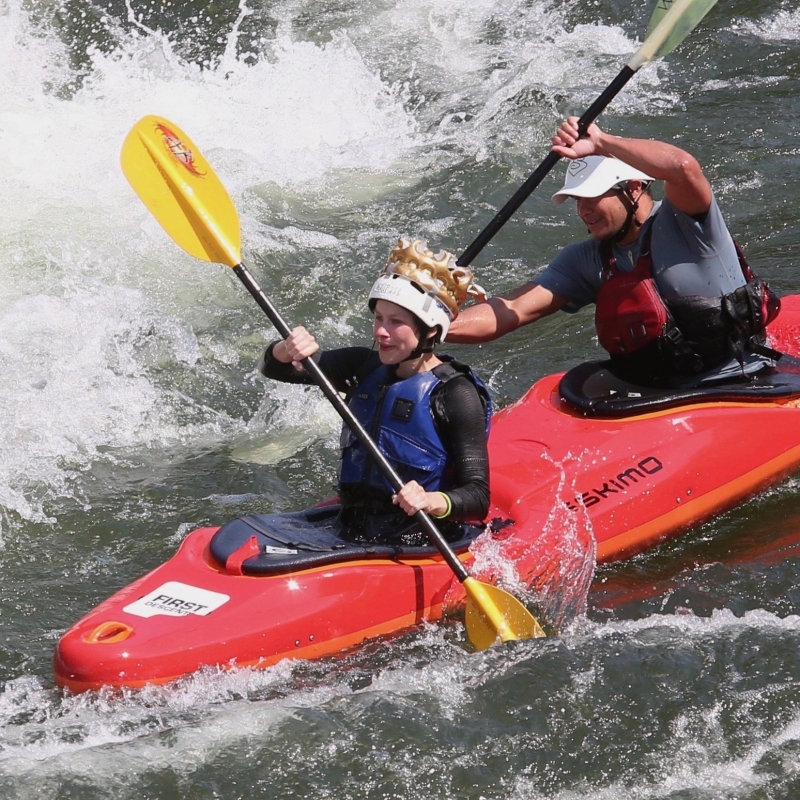 In May 2015, Shannon Voelkel graduated with a business administration degree from the College of Charleston in South Carolina. After graduation, she rented an apartment in the port city and started her “dream job” working for a well-known interior design firm.

A year-and-a-half later she would learn that life had other plans.

An avid runner, Voelkel had cruised through a half-marathon in January 2016. But seven months later she began feeling chest pains during her regular runs. She went to the ER of a local hospital where she got x-rays. The ER doctor found nothing wrong.

Then, in September, while up in Baltimore for a family wedding, intensified chest pain sent Voelkel to the hospital where she tested positive for a blood clot. The ER doctor there ordered a CT scan of her chest. Results showed she had an enlarged thymus (a lymphatic gland behind the sternum that plays a vital role in the immune system) that was either benign or a sign of lymphoma, a cancer of the blood.

“The doctor walked into the exam room and I just knew that something was wrong,” said Voelkel. “Cancer is not something that a healthy 23-year-old expects to hear. There is a general belief that all cancer ends in death and I definitely had that mindset.” 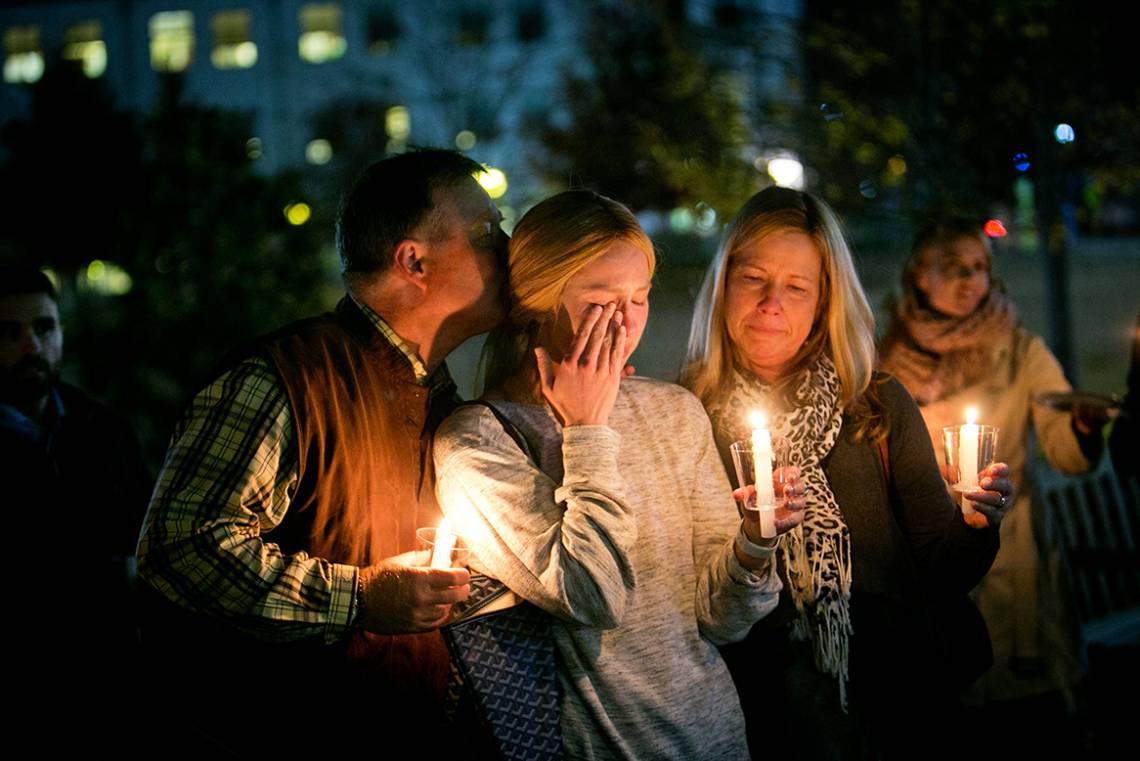 Shannon Voelkel reflects on her fight with cancer alongside her parents, Brent and Mary Voelkel, during the 27th Annual Nancy Weaver Emerson Tree of Hope Lighting ceremony at the Duke Cancer Center, in December 2017.  "The ceremony allowed me to mourn the losses that come along with cancer, but also allowed me to celebrate that we are not alone in this journey, there is hope," Voelkel said. (photo by Jared Lazarus) When she returned home to Charleston, she followed-up with a cardiothoracic surgeon to whom she'd been referred. The surgeon discovered a tumor the size of a grapefruit — sitting right on top of her heart. A biopsy confirmed it was lymphoma.

“Immediately after I was diagnosed with lymphoma, my mom said ‘I’m taking her up to Duke,'" said Voelkel, whose parents were living nearby in Chapel Hill, North Carolina, where she was raised.

She quit her job, packed up her apartment and moved home.

Duke surgeon Betty Tong, MD, performed a second biopsy, and confirmed it was non-Hodgkin lymphoma. Moving forward, under the care of her medical oncologist, Voelkel’s treatment would last for six months with six rounds of chemotherapy. During each round, she was admitted to the hospital for an “exhausting and mentally challenging” five days and four nights; coming in for weekly blood draws in-between.

“I remember that after I would get my blood count checked before treatment I would sit right outside of 9100 (the blood cancers unit of Duke University Hospital) and cry; trying to make sense of having to go through hell to live,” said Voelkel. “I would lose about seven pounds each time I went into treatment, and the day after I got out I had to go back to receive a white blood cell shot to stay alive. My whole body feel like I had just gotten hit by a truck.”

The grueling treatment finally ended in February 2017 and Voelkel would be declared in remission. 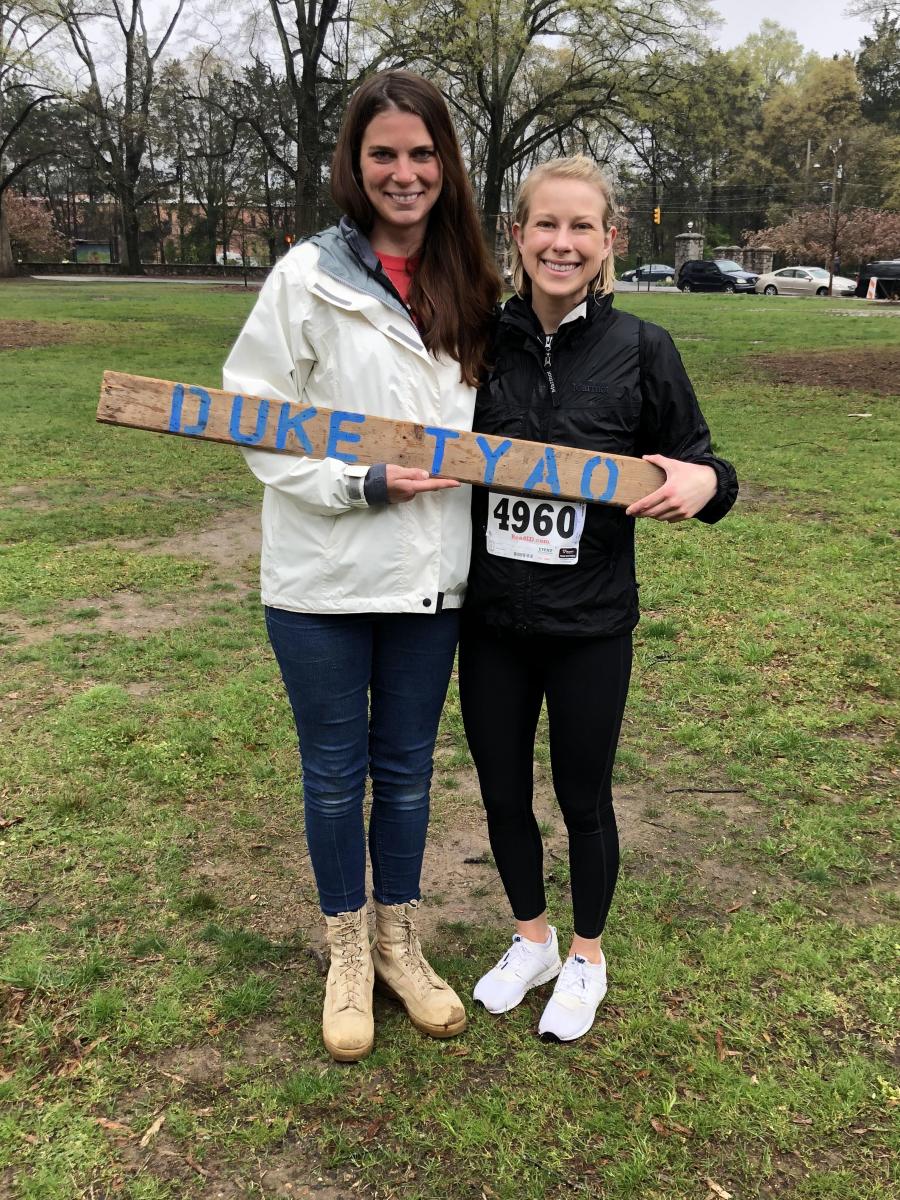 Shannon Voelkel (right) credits medical family therapist Mallori Thompson, MA, LPC, NCC, coordinator of the Duke Teen and Young Adult Oncology Program (TYAO), for “helping me gain me back.” Two months later, in April, Voelkel began seeing a medical family therapist with Duke Cancer Patient Support Program, Mallori Thompson, MA, LPC, NCC. Thompson, she said, helped her through the process of moving forward after cancer when she was “at a low point; at a loss for what was to come next.”

“I left each interview feeling like my cup wasn't full,” said Voelkel. “I kept having these dreams of taking care of someone going through something similar to me. And so that's when I decided that I wanted to go to PA (physician assistant) school.”

This month (August) marks a year-and-a-half cancer-free. Voelkel’s life, at 25, has switched course.

She’s nearly done with the prerequisite classes she needs to apply for PA school next summer. Meanwhile, she’s started a new job in the Psychiatry Department at Duke Children’s Evaluation Center, where she wears a variety of hats. She’s helping children with blood cancers and their families access opportunities to bond with others going through similar experiences, serving as a peer coach with a program that helps young adults with special healthcare needs transition from childhood to adulthood, and assisting with a program for children with chronic pain.

“It was time to change it up,” said Voelkel, who in addition to starting a new job, also moved into a new apartment. “I couldn't imagine my life any other way. It's really come full circle and I am ecstatic to be able to help others like me.”