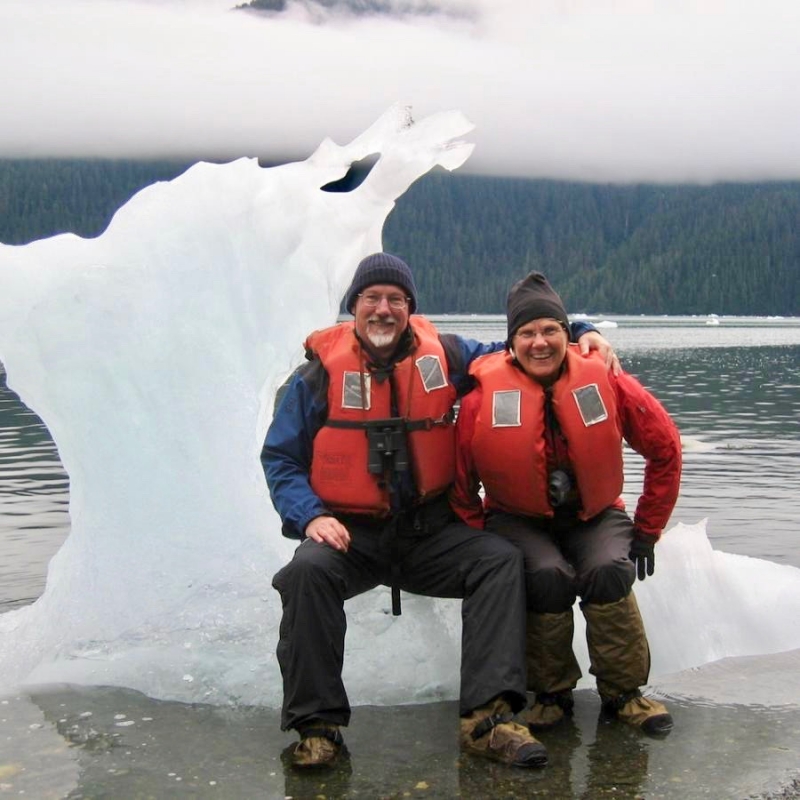 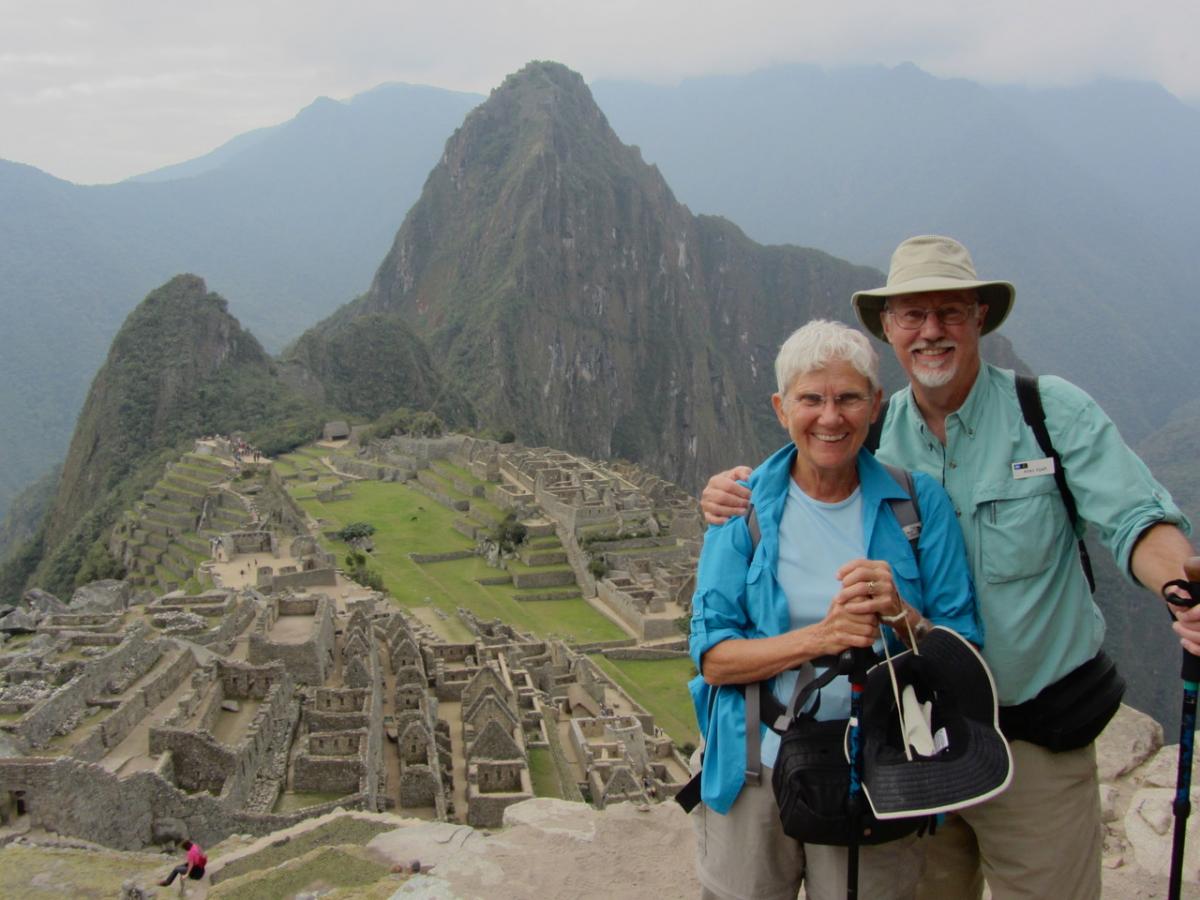 Allen and Susan Spalt at Machu Picchu, Peru.Allen Spalt is a retired enviromentalist and loving husband, father and grandfather. He’s also the quintessential globe trotter. The 74-year-old Carrboro, North Carolina, resident has traveled to the glaciers of Norway, where he’s seen polar bears up close, and journeyed south to the volcanic islands of the Galapagos, where he’s observed the largest tortoises on earth. No location was too exotic or remote, and Spalt never let the occasional stresses of travel scare him away from a new adventure. Ultimately, it wasn't a lost bag or missed flight that suspended his next trip; it was cancer.

In 2011, Spalt’s Duke urologist noted that his prostate-specific antigen (PSA) levels, which normally hovered around four, had nearly doubled. More troubling, he felt some irregularities during his annual prostate exam.

After the findings, Spalt’s urologist recommended he undergo a 12-core prostate biopsy, a procedure in which small samples of the prostate are removed, examined under a microscope and given what is called a Gleason score of 1 to 10, based upon how the sample compares to normal prostate tissue. The higher the Gleason score, the more likely the cancer will grow quickly and spread. Spalt’s 12-core prostate biopsy results showed Gleason scores of eights, nines and a 10. When describing these scores to Spalt, his urologist referred to them as a “three-alarm fire.”

“The news took a while to sink in,” Spalt recalled. “Susan, my wife, is a nurse and knew a lot more about this type of cancer than I did. She insisted that we act quickly.”

Fortunately, for Spalt, the cancer appeared to be contained to his prostate, and his urologist immediately referred Spalt to prostate cancer specialist, Andrew Armstrong, MD, at Duke Cancer Institute’s multidisciplinary prostate clinic. 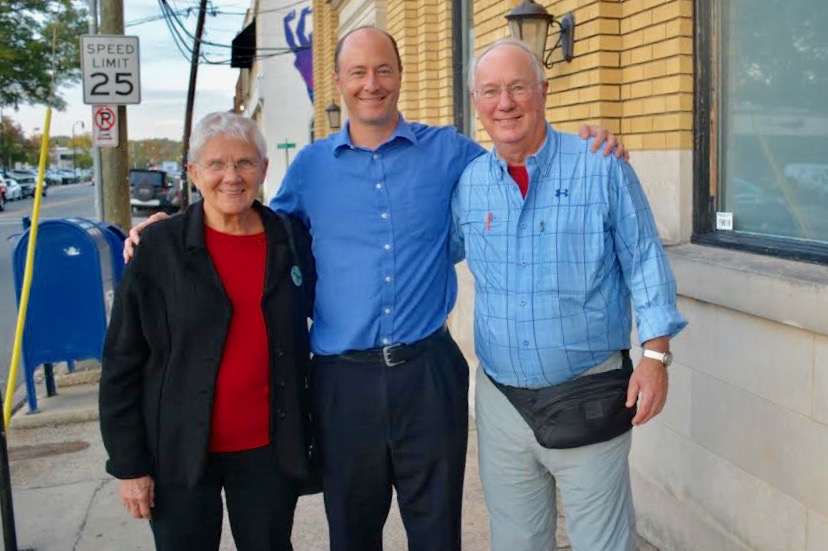 Allen and Susan Spalt with Dr. Armstrong at the 2017 November Shave Down event.“Our multidisciplinary clinic offers recently diagnosed prostate cancer patients with the opportunity to meet with multiple disciplines in one appointment,” described Armstrong. “When you are diagnosed with cancer, sometimes it may feel like an overload of information, this clinic instead allows patients to receive all possible options for early intervention with guided advice on the recommended next treatment step.”

The multidisciplinary prostate clinic offers rotating visits with oncologists from three disciplines: surgical oncology, radiation oncology and medical oncology. Working together as a team, Spalt’s specialists presented options from which he could choose. Together, they devised a personalized treatment plan, which included an option for enrollment in a clinical trial.

“The multi-disciplinary approach is invaluable, because the choice of which treatment is most acceptable is best made by the patient,” said Spalt. “I benefited greatly from this process.”

Spalt and his family decided on the clinical trial, CALGB 90203 (PUNCH study) — a randomized trial of hormonal therapy with chemotherapy (docetaxel) followed by radical prostatectomy or immediate prostatectomy.

On March 16, 2012, Spalt underwent the immediate prostatectomy. A few months later, in June, Spalt began seven weeks of radiation accompanied by two shots of Lupron, a hormone therapy. The clinical trial treatment was successful, and Spalt’s cancer went into remission.

After finishing his treatment, Spalt became a prostate cancer advocate. For him, it’s important to speak with men about their prostate cancer experiences and raise awareness about the disease.

“After I was diagnosed, I found myself in conversations with other men, friends and strangers, battling the same cancer. We would discuss the importance of not over-stressing,” explained Spalt. “It’s important to educate yourself by reading articles and studies,  and to understand whether you cancer is one that needs immediate treatment or is appropriate for active surveillance. The real key is to find a care team that you trust and have faith in your team.” 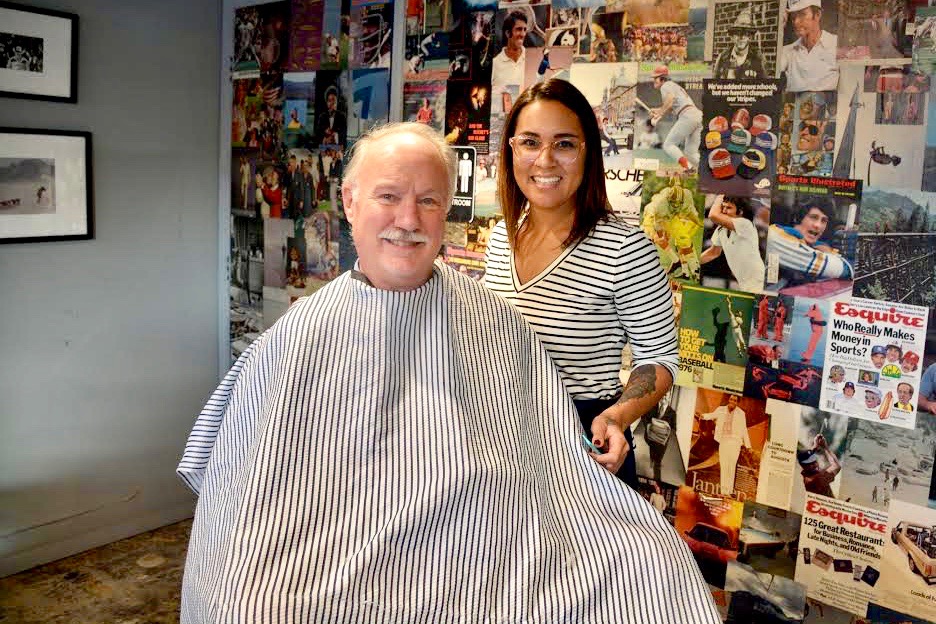 Allen Spalt ready for a fresh shave at Pedro Williams + Arrow Haircuts for Movember 2017.This year, Spalt supported Armstrong, who led Team Duke Cancer Institute, in the global Movember movement. Each November, The Movember Foundation, an Australian-based organization that launched the annual Movember campaign, raises funds to accelerate breakthroughs in prostate cancer research and treatments. Established in 2003, the foundation to date has raised $710 million in 21 countries and has funded more than 1,200 programs, including several clinical trials at Duke Cancer Institute.

“Movember is a great platform to remind people to stay close to their urologists and check their PSA regularly,” stated Spalt. “Men shouldn’t panic, but they should be aware and proactive.”

“The active surveillance informed us that somewhere in my body, cancer cells are still producing PSA,” explained Spalt. “I have full trust in my Duke care team, and if the cancer becomes serious, I know they’ll be prepared.”

To learn more about prostate cancer clinical trials at Duke, visit our trials homepage. If you are interested in learning more about The Movember Foundation, visit www.movember.org.