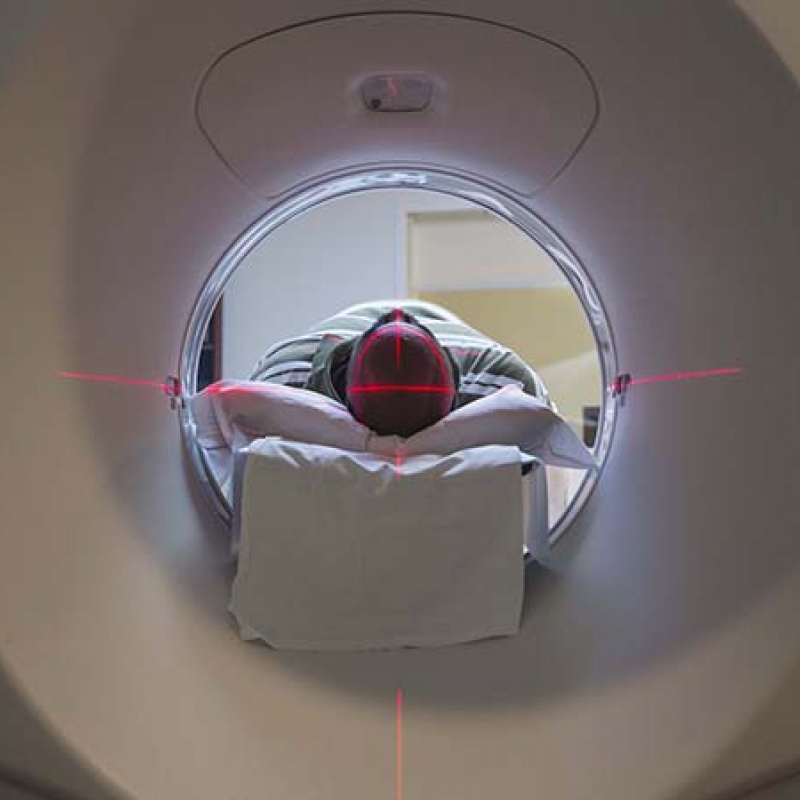 Who Should Get Screened and What Happens if Something is Found ?

What was a rare disease in the U.S. at the start of the 20th century, lung cancer had become the leading cause of cancer-related death by 1960. According to the latest cancer mortality statistics available, lung cancer causes more than one-third of all cancer deaths in the U.S. each year, more than deaths from breast, colorectal and prostate cancers combined.

Cigarette smoking is the number one risk factor for lung cancer, accounting for more than 80% of lung cancer deaths each year in the U.S. According to the CDC, 61% of those diagnosed with lung cancer are former smokers and 21% are active smokers.

Other risk factors for lung cancer include prior lymphoma or another smoking-related cancer (kidney, bladder, or head and neck cancer); chronic obstructive pulmonary disease; pulmonary fibrosis; a family history of lung cancer in a first-degree relative; and/or exposure to a cancer-causing substance such as radon, asbestos, silica, or another carcinogen.

Individuals who meet certain criteria may benefit from lung cancer screening with a low-dose CT scan, which can identify, in the earliest stages, lung cancer which may be too small to be detected by x-ray.

The Duke Cancer Institute Lung Screening Program follows clinical guidelines established by the National Comprehensive Cancer Network (NCCN). These guidelines recommend lung cancer screening for people between the ages of 55 and 80 who have at least a 30 “pack year” smoking history (smoking one pack per day for 30 years or two packs per day for 15 years is “30 pack years”). Current smokers, or former smokers who quit within the past 15 years, will qualify for screening if they have no acute symptoms and are well enough to receive cancer treatment. Medicare and most commercial insurers provide reimbursement for lung cancer screening if patients meet these criteria.

Catherine A. Hogan, MSN, ANP-C, CTTS, is a Duke Cancer Institute nurse practitioner, who joined the thoracic surgical oncology group in 2008. In that role, she treats esophageal and lung cancer patients. She has been treating adult patients in the Lung Cancer Screening Clinic since it was launched by DCI in 2011.

Hogan began her nursing career in 1985 at UNC Chapel Hill Hospital and earned her graduate degree in Nursing at UNC in 2000. She wrote her thesis describing how nurses provide patient education on preventative cardiovascular health care, including  smoking cessation. In 2001, she joined Duke Health as a nurse practitioner in the preoperative screening unit — where she worked for seven years before joining the Thoracic Surgery team at Duke Cancer Center in Durham.

Duke Cancer Institute didn’t have a training program at that time (it does now), but certification was required, she said, for those working in DCI’s new Lung Cancer Screening Clinic. Hogan said she was the first certified tobacco treatment specialist at Duke, perhaps the very first person in North Carolina to become one.

“When an individual is diagnosed with an early stage lung cancer, the number one best treatment for that cancer is surgery,” explained Hogan, “but our thoracic surgeons will not operate on any individual who is currently smoking. So, patients are required to abstain from smoking a minimum of three weeks before any surgery will be scheduled for them.”

That’s because smoking is associated with poor wound healing, an increased rate of surgical wound infections and post-surgical pulmonary complications.

“Unfortunately, some do relapse after surgery and go back to smoking,” said Hogan. “We explain to them, and this is across the board, that anyone with a cancer diagnosis who is currently smoking has worse outcomes. We tell them that stopping smoking for good after a diagnosis of lung cancer is associated with increased survival, a decrease in treatment side-effects, a better quality of life and a lower risk of developing another primary cancer. We want to minimize their risk and maximize their outcome.”

As a certified tobacco treatment specialist, Hogan can recommend a tobacco cessation treatment plan — which could include nicotine replacement products, non-nicotine prescription drug options, counseling and/or mindfulness training — to help these smokers facing a lung cancer diagnosis quit for good.

When Hogan speaks with current smokers about their cancer risk, she also educates them about how smoking affects vascular health, including that smoking can cause a heart attack or stroke, make hypertension worse, and contributes to erectile dysfunction. She also informs them that not only do smokers have a higher risk of developing diabetes, but if they have diabetes already smoking renders common diabetes drugs less effective.

“There's not one disease that does not benefit from quitting smoking,” said Hogan, who was part of a group at Duke Health that pushed for and succeeded in adding a smoking history section in 2008 to each patient’s  clinical health record. “I believe that in our cancer centers — I don't care what kind of cancer you have — smoking cessation has to be part of the treatment.”

The good news is that smoking prevalence nationally has declined significantly. While the percentage of adult smokers reached an all-time high in 1965 at 42%, 2018 saw an all-time low, with only 13.7% of adults in America smoking. Even so, that means 34 million Americans are current smokers and 55 million are former smokers — many of whom could be at risk for lung cancer today.

Hogan said she’s had some smokers in her clinic tell her, “Oh, I used to smoke two packs a day, but for the last five years, I've gone down to half a pack, mostly due to cost.”

“A lot of them think it's better for them. And I do say, ‘You know, that is great. But again, no level, no level of smoking is safe,’” emphasized Hogan. “The accumulation of ‘pack years’ goes down over time, but their risk for lung cancer still remains high because they’re still smoking.”

Some of the individuals who Hogan sees in the lung cancer screening clinic have been smoking since the ‘60s.

“When you think of my patients aged 55, 65, 70 years old, they all started smoking when they were in high school. Not one smoker did any kind of investigating. When they started, they determined, ‘I think this is a good thing for me to do,’” shares Hogan. “I would say 99% of the current smokers I see in my clinic say, ‘Well, you know, back then everybody smoked.’ And I clarify to them, ‘Actually, the highest smoking prevalence rate in America was back in 1965; 42% or less than half of Americans.’ I try to provide that education and tell them what was really going on, ‘Yes, you may have grown up in a tobacco field. Yes, you may have smelled downtown Durham. But that was 50 years ago. You are now grown up. You have big boy britches on and you get to make your own decisions.’”

In 2016, the Duke Supportive Care & Survivorship Center at Duke Cancer Institute launched its own tobacco cessation treatment program — Quit at Duke — under the direction of James Davis, MD, to serve any patient across Duke Health who uses tobacco. The program now operates across 11 Duke Health sites in the Research Triangle area of North Carolina with additional services offered at Duke Employee Health, Duke Student Health and Duke Adolescent Medicine. Quit at Duke has also opened affiliate programs at WakeMed in Raleigh and at Augusta Health in Virginia’s Shenandoah Valley. The program is run through a team-based approach in which medical clinicians work together with behavioral providers to help smokers quit smoking.

Of the approximately 3,000 patient referrals Quit at Duke receives per year, about 20% meet the qualifications for lung cancer screening, shared Davis. 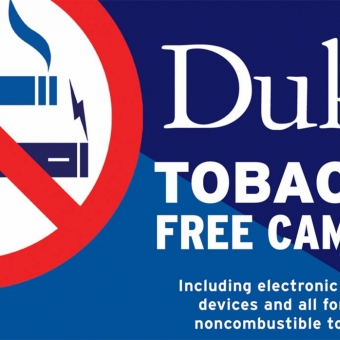 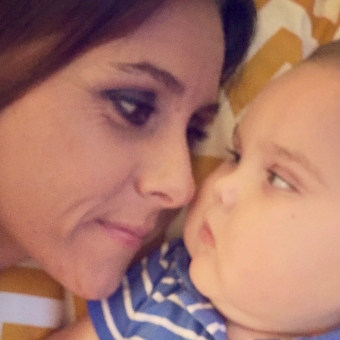 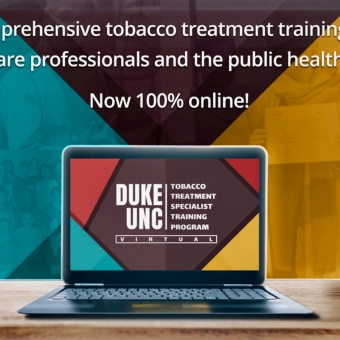 Find a Quit at Duke Clinic Near You