One Man’s Journey Leads to An Unforeseen Purpose 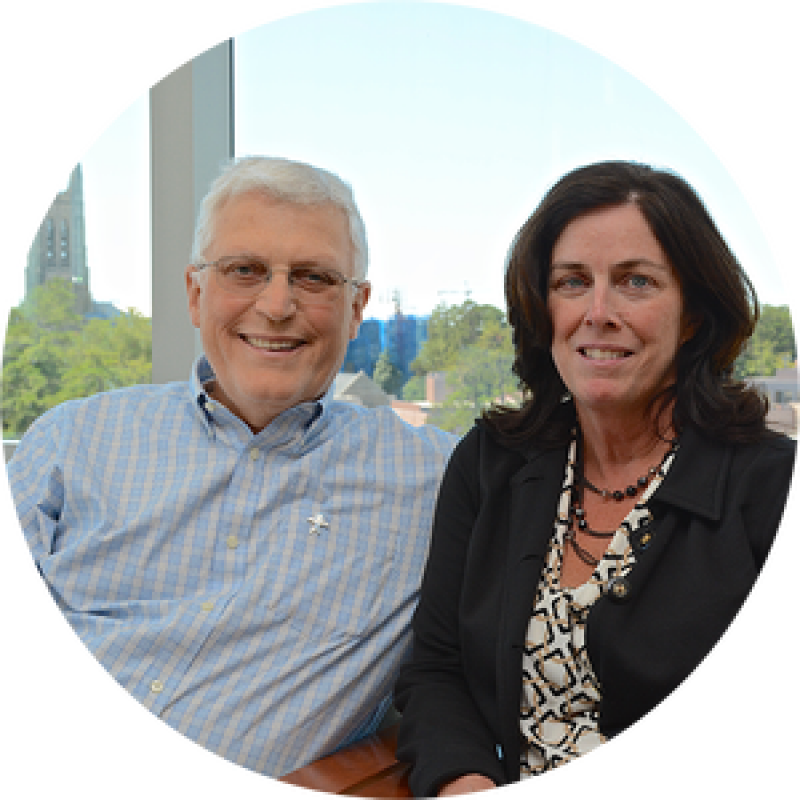 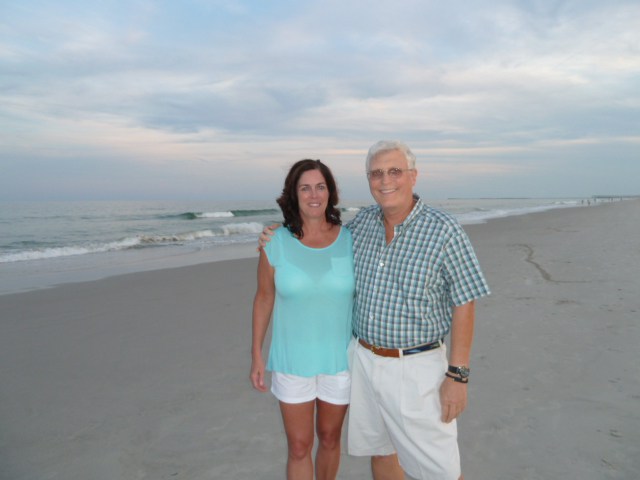 Dominic Marrese and his wife, Cecelia, enjoy the beaches near their home in Wilmington, North Carolina.They say it’s really the journey that teaches us a lot about our destination. Dominic Marrese could have never anticipated 10 years ago when he was diagnosed with prostate cancer that today he would be an outspoken advocate for prostate cancer screening and a committed champion for increased funding to move science forward.

Diagnosed at 49 years old with what has turned out to be an aggressive form of prostate cancer, Marrese’s journey has been long and arduous. He received the difficult news in 2005 after a routine physical. He and his wife, Cecelia, and their two daughters were living in Brookfield, Connecticut.

“I wasn’t’ totally surprised; there is a family history,” said Marrese. “My older brother was diagnosed with prostate cancer in his early 60s, and we suspect our father also battled the disease.”

After securing a second opinion, Marrese underwent a radical prostatectomy, a surgical procedure to remove the prostate gland and surrounding tissue. However, three months later his prostate-specific antigen (PSA) began to rise. According to the American Cancer Society, about 30 percent of patients will develop such a biochemical recurrence following a prostatectomy. 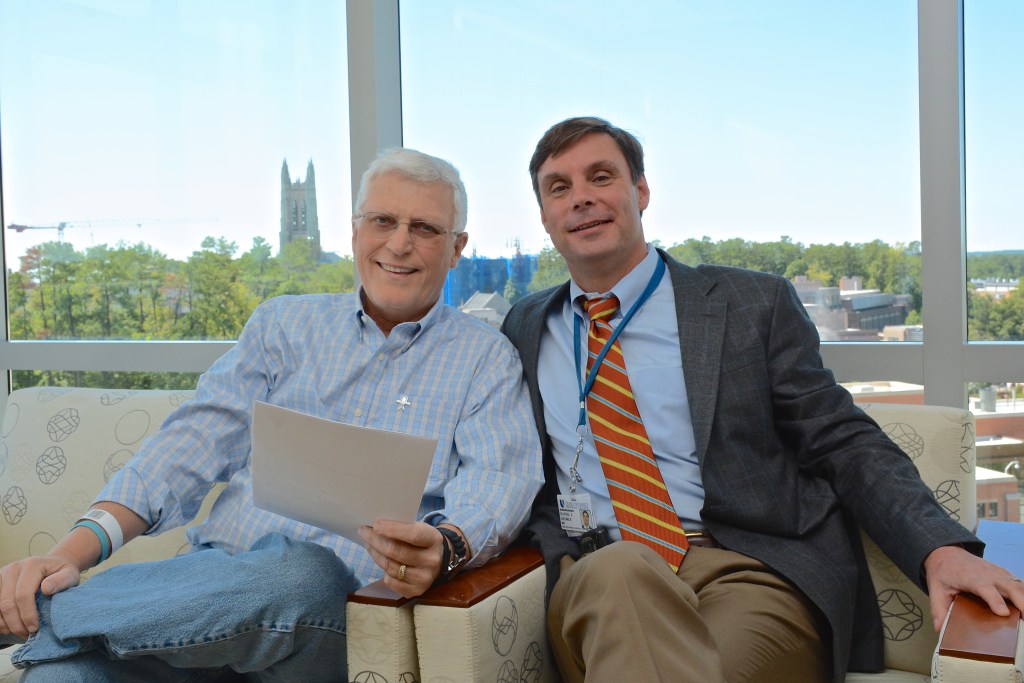 Dominic Marrese and Daniel George, MDMarrese spent the next nine years pursuing a cure. In 2006 he underwent intensity modulated radiation therapy (IMRT), which for a year lowered his PSA. However, by 2007 it was on the rise again. In 2008 Marrese enrolled in a clinical trial for men with fast PSA doubling times. The trial was successful, lowering his PSA for the next three years.

The reprieve was short lived, however. As Marrese’s testosterone returned, so, too, did his PSA levels. By 2013, after trying every medical procedure possible, he was pronounced hormone insensitive. His cancer forced him into early retirement. Because he was experiencing excruciating peripheral neuropathy in his feet, a possible nerve damaging side effect of long-term chemotherapy, he was forced to drop out of a promising clinical trial.

“My cancer has become all consuming,” said Marrese, who with his wife moved to North Carolina in 2013, in part so he could receive treatment at Duke Cancer Center. “I’m always wondering what’s around the corner for me. What can I leverage now to keep my cancer at bay until something new comes out?”

“This disease affects both young and older men alike,” he said. “We need to be our own advocates. Even

though we may be surrounded by the best experts in the world, we must do our homework. Ask questions. Know your risk factors – research family history. Work in conjunction with your doctor.”

“Funding from National Institute for Health (NIH) is at a historic low,” said George. “Current funding is woefully inadequate for the number of promising new concepts and ideas that emerge each year. As such we rely more than ever on private support – industry partnerships, investment groups and philanthropy.”

George’s proposed study would concentrate on the use of a generic drug to capitalize on cancer cells’ hunger for copper. Previous studies have attempted to block copper to deprive cells and thus, hopefully, kill the cancer. However, this study would encourage cancer cells to binge and gorge on copper they crave – in fact, feeding the demand. Once the cells are satiated with copper, investigators would then treat patients with a generic drug that binds copper in order to kill cancer cells. This mechanism is unique and could treat prostate tumors resistant to traditional hormonal and chemotherapy.

To date, Give 1 For Dad has raise more than $38,000. The campaign asks individuals to give one time, one percent of one day’s salary. If the calculated amount doesn’t seem like enough, donors are invited to give more – as much as “your dad would give for you.”

Marrese’s journey continues; his cancer has now spread to his bones. His destiny is clear. He is duty-bound to cry out for action.

“This disease has exacted a terrible toll on me and those I love,” said Marrese, his voice trailing off to just a whisper. “We just aren’t doing enough.”