One Woman's Gift Creates Respite For Many 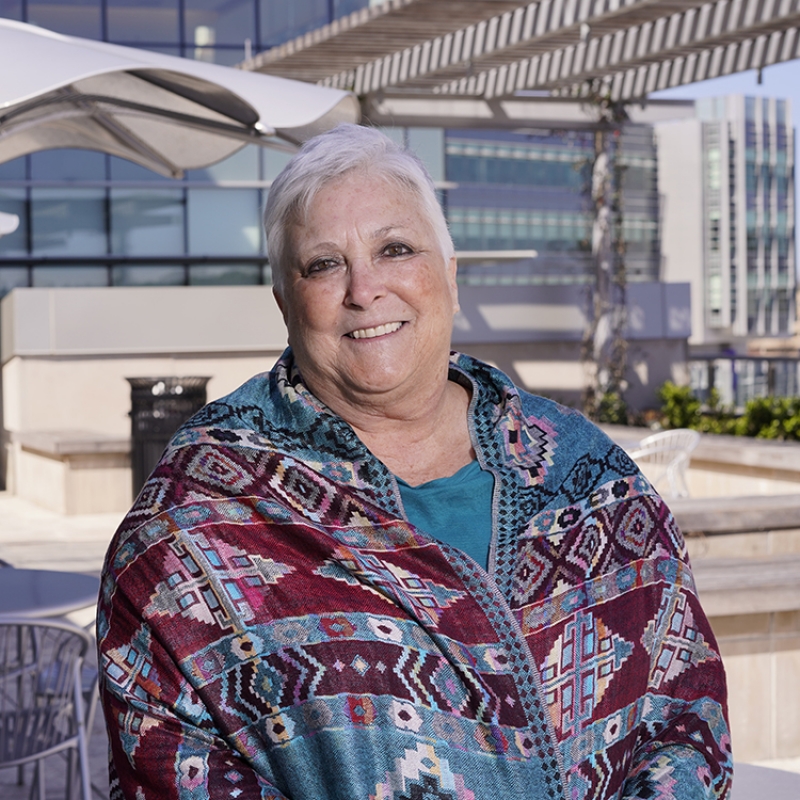 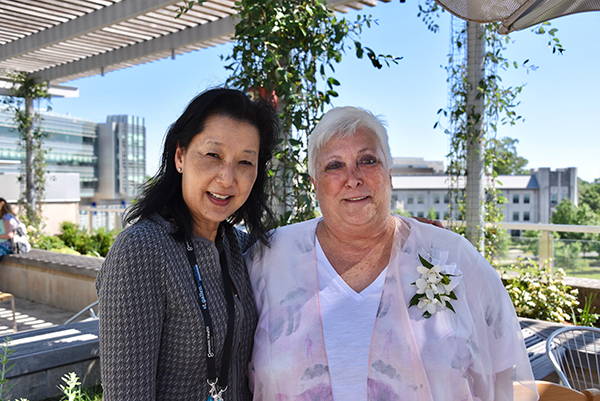 philanthropist and breast cancer survivor Donna Bernstein (right) poses for a photograph with her breast surgeon Shelley Hwang, MD, while gathered at a garden reception in her honor. Bernstein's gift established the Bernstein Family Garden, a rooftop terrace located on Level 4 of Duke Cancer Center in Durham.Raised in a Jewish home on Long Island, New York, Donna Bernstein was well acquainted with tzedakah, a Hebrew word referring to the moral obligation to do what’s right and just, including works of charity—a principle her father and mother believed in and incorporated into their daily lives while raising their family.

Growing up, Donna enjoyed spending time with her father, Harold, a successful executive. She would often accompany him a few times a year when he came to Duke for treatment for severe hypertension, a genetic condition both he and his brother battled throughout their lives.

“I came with Dad to keep him company,” remembers Donna, who as an adult has also looked to Duke for care even while still living in New York.

In the early 2000s, Harold was diagnosed with late-stage Hodgkin lymphoma. Again, he sought treatment at Duke.

Unfortunately, within a year of his diagnosis, he lost his battle with the aggressive disease. Deeply appreciative of the cancer care he received from oncologist and researcher Jon P. Gockerman, MD, Donna and her family felt it important to support Gockerman’s research, which centered on identifying inherited genetic changes contributing to the onset of cancers like leukemia and lymphoma.

In 2004, the family established the Harold Bernstein Family Fund in support of Gockerman’s ongoing research.

“We believed in Dr. Gockerman and his science,” said Donna. “My father received the best care possible; now it was time to give back—tzedakah.”

The relationship between the Bernstein family and Duke grew ever closer. Although the physical distance between the two was great, the mutual warmth and respect exchanged brought them close in heart. Moreover, the two shared a single passion—finding an end to cancer.

“Donna and her son’s gift has provided a sanctuary of sorts for our patients receiving care at our flagship cancer center,” shared Amy Deshler, senior executive director of DCI Development. “Duke Cancer Institute is very grateful and thanks Donna and Samuel for their philanthropy and support.” 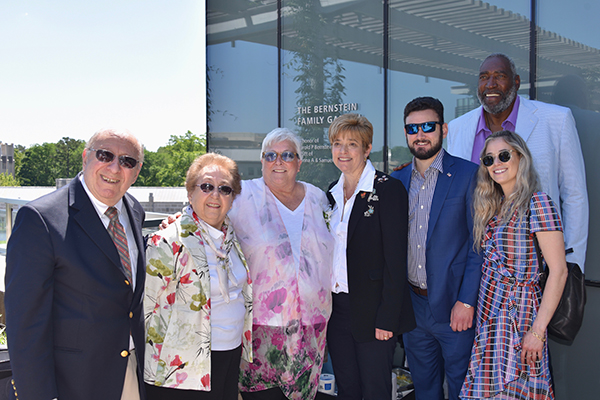 Donna Bernstein's family traveled from out of state to attend the May 15 garden reception in her honor.

In 2010, as plans were being drawn to construct Duke Cancer Institute’s flagship treatment center, Duke approached Donna about the possibility of funding a unique space specially designed to focus on the center’s patients and their emotional wellbeing, like a garden.

“I immediately envisioned a space where patients and their loved ones could find hope and life rather than steep in worry,” remembered Donna, who just six years later was diagnosed with breast cancer.

“During my own treatment, I was able to visit and take refuge in the garden,” shared Donna, who underwent surgery and chemotherapy for her breast cancer at Duke Cancer Center. “I hope patients and their families will come away from our garden feeling simultaneously calmed, reinvigorated, refreshed, and rejuvenated in mind, body and spirit—a little more prepared to face whatever lies ahead.”

On May 15, Duke Cancer Institute hosted a garden reception in honor of Donna Bernstein whose gift made possible The Bernstein Family Garden. To view a gallery of photographs taken at the event, please visit Garden Reception.