A Place Of Hope: Celebrating The Bernstein Family Garden 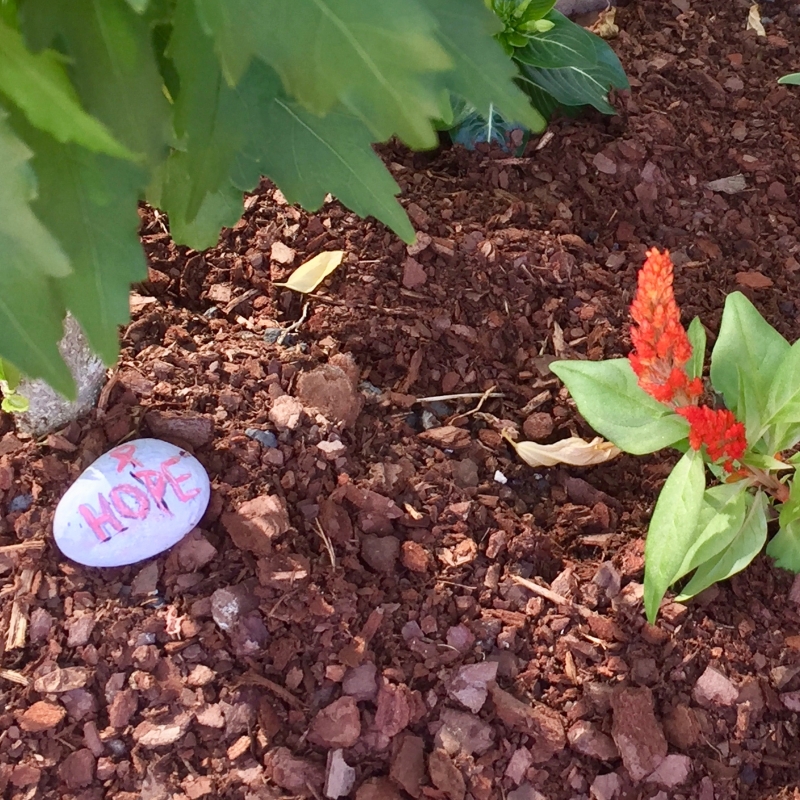 A few dozen grateful patients, providers and staff came together on Wednesday, May 15, for a sunny reception to honor Donna Bernstein for her gracious gift that seven years ago founded The Bernstein Family Garden.

“Today is an opportunity to celebrate Donna’s vision, her passion for making the world a better place and her perseverance for this garden,” said senior executive director of DCI Development Amy Deshler, who went on to thank Bernstein for her generosity through the years. “It will have a lasting impact on patients for generations.”

The garden is located at Duke Cancer Center in Durham on the fourth floor. A point of pride for the DCI, it’s been a source of comfort for many — for mind, body and soul.

"A place," said Bernstein, "where patients can feel grounded, have some hope.”

Bernstein had spent many a day in the garden herself in between her own breast cancer appointments. Now a three-year survivor, she invited those gathered to “join in, hold hands, or say your own prayers or whatever you feel comfortable with” as she offered up the traditional Jewish prayer for those recovering from illness — the Mi Shebeirach. A hush fell over the intimate crowd.

“May the source of strength that blessed the ones before us help us find the courage to make our lives a blessing and let us say Amen. Bless those in need of healing, renewal of body, the renewal of spirit, and let us say Amen,” said Bernstein in Hebrew and in English, noting that she’d recited it many times during her own cancer journey.

Beeper in hand, Merle Davis Jr. and his wife Patricia were outside enjoying the spring breeze while they waited to be called for Merle’s chemotherapy infusion. It was their first time in the garden. The couple had traveled from their home in southern Virginia to Duke earlier that morning. Self-described “prayer warriors,” they said they took solace in Bernstein’s words.

Merle had had several surgeries in his home state for advanced bladder cancer but was referred to Duke when his local providers ran out of treatment options. Under the care of DCI physicians Brant Inman, MD, Michael Lipkin, MD, and Michael Harrison, MD, since January, he’s had two successful surgeries and to his surprise, qualified for chemotherapy.

“I have hope; I pray for miracles,” said Merle, a 62-year-old postal clerk and father of two, after describing his difficult three-year cancer journey.

Then Merle's beeper went off and the couple went back inside, their spirits lifted.

CIRCLE PHOTO (top): Over the years, patients and families have painted and placed rocks of hope and inspiration in the Bernstein Garden for others to find. A few years ago, neuroendocrine cancer patient Ashley Reaves Linden painted several rocks inscribed with “Hope.” Earlier this year she passed away, but her rocks continue to "travel" in and out of the garden, as they are meant to. Others have also carried on the tradition and painted their own rocks. On the day of the special reception to honor Donna Bernstein, four such rocks of hope, including this one, could be found nestled in the greenery.