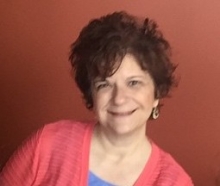 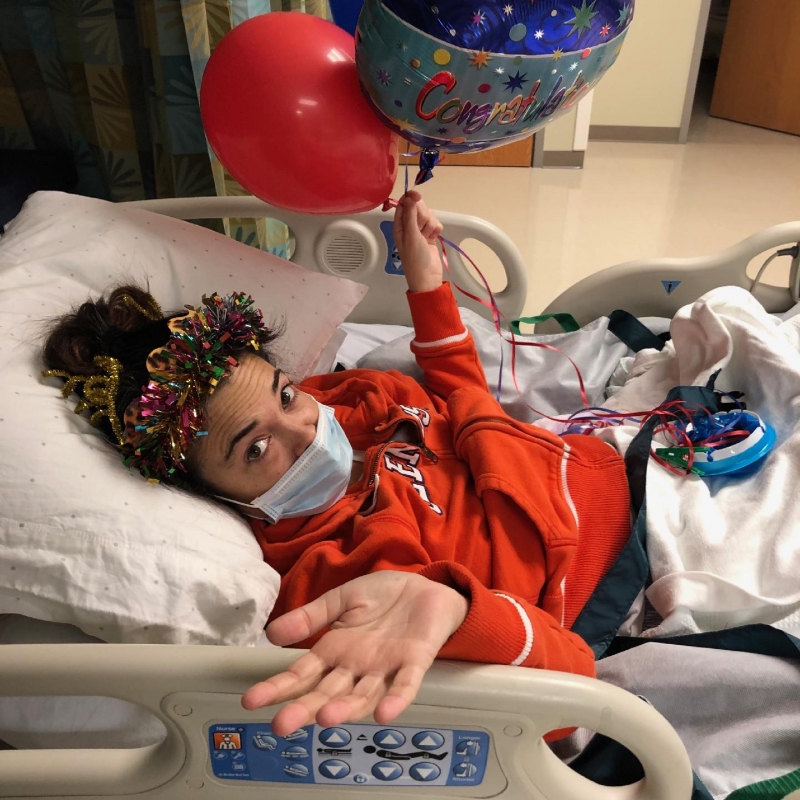 At the beginning of every day, April Wilder’s mom texts her just to say “Good morning. I love you.” This time two years ago, April wasn’t sure she would be around to receive that cheerful greeting.

In late 2018, at the age of 41, April went for her annual OB/GYN appointment and Pap test. The Pap test collects cells from the cervix to detect cervical cancer in women. It can also detect pre-cancerous cells, which is the first step in preventing the development of cervical cancer.

April’s results were abnormal, so she went for more testing. The findings showed significant abnormalities, and April was told she needed to see a cancer doctor for a more conclusive diagnosis. She chose Duke because of the great things she had always heard about our hospitals. Her first appointment was with Brittany Davidson, MD, a gynecologic oncologist, who April describes as “amazing.”

“She made me feel comfortable, she let me cry and vent and assured me that everything would be fine,” April says. “But I didn’t believe her. When you hear the ‘C’ word, you automatically assume you’re dying.”

An outpatient procedure at Duke Raleigh Hospital confirmed that April had cervical cancer. Davidson recommended that she have surgery, followed by chemotherapy and radiation. Amid a lot of shock and a lot of tears, April initially decided against having surgery. Her rationale was that hers was a slow-growing cancer, and she didn’t want to undergo chemotherapy and radiation afterwards, treatments that “would change me forever.”

After taking some time to think the situation through, April changed her mind about surgery, and on December 18, 2018 she underwent a full hysterectomy. Her one goal at that time was to be home for Christmas and surprisingly, she was.

April began her follow-up treatment in January 2019. The plan called for five weekly doses of chemotherapy and 25 radiation treatments – five days a week for five weeks. She never missed a chemotherapy session, but the radiation took a harder toll. In the end, she had to be hospitalized to receive most of her treatments.

During this time, April lost 30 pounds, contracted shingles and was on the verge of giving up. But in March 2019 – while in her hospital bed – she rang the bell to signify the end of her treatments, with her family and the cancer center staff cheering her on.

After leaving the hospital, April’s recovery began. She slowly worked to regain her strength and energy – and her hope for the future. She credits the team at the Duke Cancer Institute for pushing her through the times when she couldn’t fight for herself. “They gave me confidence and love and made me feel like April – not just a patient number – even when I’m sure I was being very hard to get along with.”

In addition to Davidson, April has high praise for her radiation oncologist, John Nelson, MD, and nurse practitioner, Kimberly Camp, ANP-BC. She also has fond memories of the nurses in the chemotherapy room who were always upbeat and supportive. “These people were meant to be in the positions they’re in,” April says. “They know what they’re doing, and I will be forever grateful for all of them.”

Her advice to other women who are diagnosed with cervical cancer? “Don’t give up. It’s going to get bad, but you have to believe that it will get better. I was at the lowest point in my life and just wanted everyone to leave me alone. But they didn’t leave me alone, and they gave me my life back.”

April returns to the cancer center every six months now, and everything seems to be going well. She has returned to work and is enjoying life. April has a special bond with her dad, who went through bladder cancer several years ago. On her last day in the hospital, he even gave her the crown he received after completing his treatment. And every morning, she looks forward to that text from her mom.

The American Cancer Society (ACS) recommends that all women begin cervical cancer screening at age 21 and that those between the ages of 21 and 39 have a Pap test every three years. According to the ACS, women between the ages of 30 and 65 should have both a Pap test and a test for HPV (human papillomavirus) every five years. The HPV test finds certain infections that can lead to cell changes and cancer. Cervical cancer is most frequently diagnosed in women between the ages of 35 and 44, with the average at diagnosis being 50. It is almost 100% preventable through screening, and in recent years, the HPV vaccine, but continues to cause thousands of deaths in the U.S. each year. It is the second-leading cause of cancer death among women in their 20s and 30s.