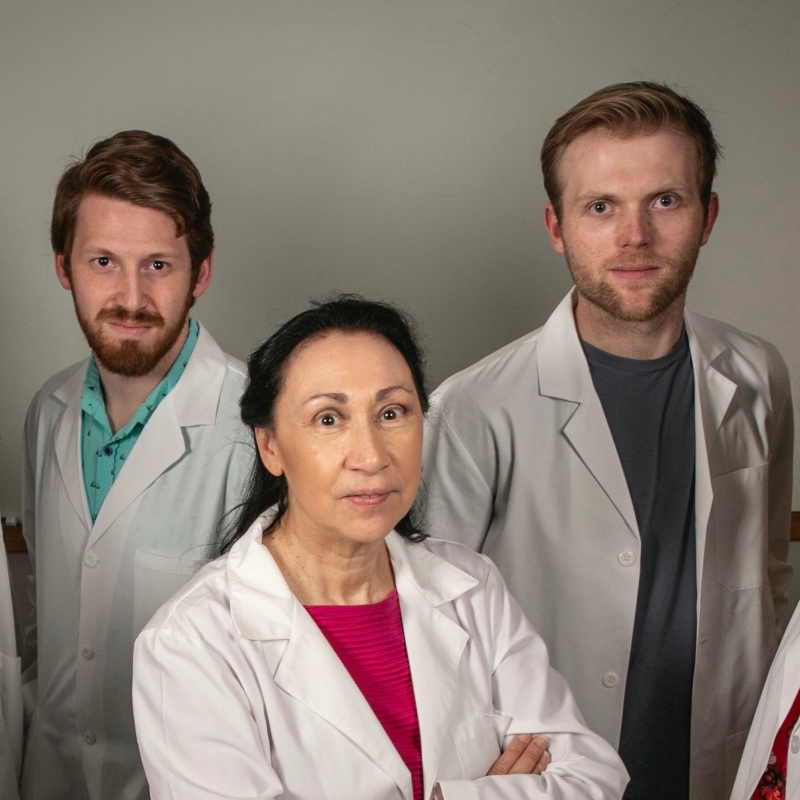 Rates of brain metastasis have been steadily rising over the past decade. Each year more than 200,000 Americans are diagnosed with metastatic cancer that has spread to the brain.

As a result of a larger aging population, combined with improvements in cancer screening and care, between 20 and 40% of patients with solid tumor cancers can expect their cancer to return, traveling to other parts of the body, including the brain.

Among all cancer types, lung cancer patients have the highest prevalence of brain metastases, which can approach 50% or higher depending on the lung cancer subtype. Brain metastasis is often associated with cognitive decline, seizures, cranial neuropathies and poor prognosis. It’s a devastating complication with limited therapeutic options.

They’ve identified an autocrine signaling axis — TAZ-AXL-ABL2 — required for this type of lung cancer to spread to the brain. Among their findings, they learned that that the ABL kinase allosteric inhibitor ABL001 (Asciminib) was able to cross the blood brain barrier, markedly decrease brain metastasis and prolong survival.

“ABL kinases function downstream of multiple receptor tyrosine kinases including AXL, EGFR and many others, and therefore inhibition of the ABL kinases might block signaling downstream of multiple oncogenic (cancer causing) tyrosine kinases,” explained Pendergast, the corresponding author of the Cell Reports paper. "The activated ABL kinases can promote cell survival, growth, and/or invasion depending on the cell type in normal and tumor cells."

Brain metastasis among lung cancer patients, (particularly the NSCLC type), is primarily driven by mutations in the EGFR and KRAS genes, and by a  number of activated tyrosine kinases.

“A large number of these tumors, however, have no genetic alterations underpinning progression and metastasis. In such cases  metabolic enzymes or signaling enzymes as well as other factors in the tumor microenvironment are probably implicated in promoting metastasis,” explained Pendergast in a talk this fall.

Pendergast noted that about 20% of lung cancer patients, when they first come to the clinic, already have brain metastases at the time of diagnosis and between 30 to 50% will eventually develop brain metastasis. The figure is up to 60% for those with small cell lung cancer.

“When it comes to lung cancer to brain metastasis the overall prognosis is dismal,” said Pendergast. “The median survival is rather short depending on the treatment and other considerations.”

The veteran cancer researcher, who began her career at Duke researching chronic myelogenous leukemia (CML), is encouraged by new findings from a phase 1 clinical trial, published in a New England Journal of Medicine paper, showing the efficacy of Asciminib in treating CML leukemia patients that had failed other therapies either because they were ineffective or side-effects were intolerable.

“We are just beginning to work with Duke clinicians to explore translating our findings on this drug to the treatment of brain metastasis patients,” said Pendergast. “We anticipate moving to a phase 1 trial within two years.”