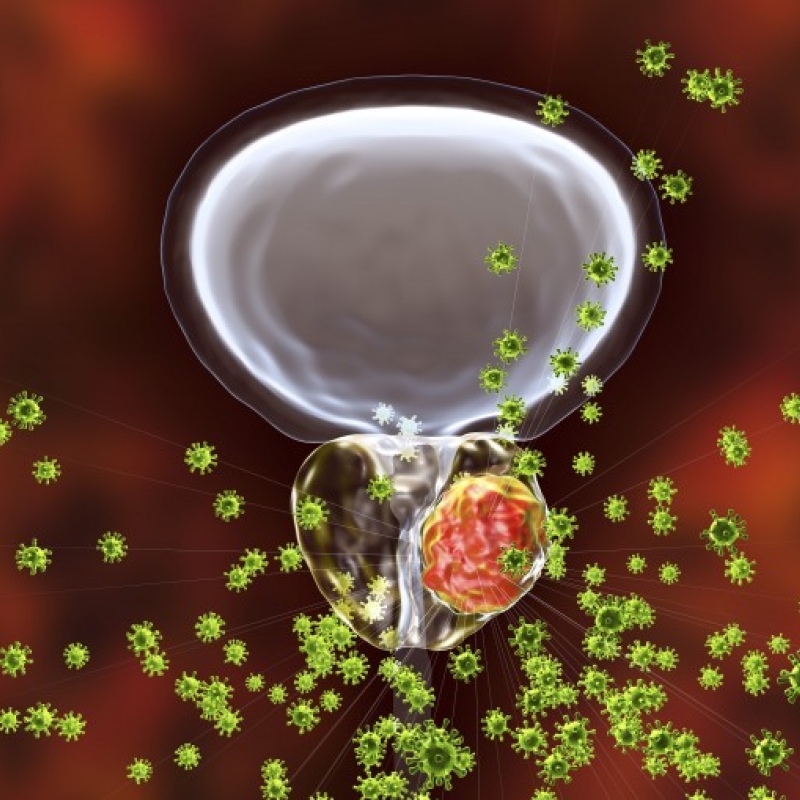 The findings, published during the week of March 22 in the Proceedings of the National Academy of Sciences, describe how hormone therapies target the androgen receptor to essentially starve tumor cells of a crucial fuel source. This initially works well to halt tumor growth, but then the cancer cells compensate, switching to a different enzyme to exploit the fuel and proliferating as they become resistant to hormone therapies.

The team of Duke Cancer Institute researchers used that finding to propose a treatment strategy that eliminates the need to inhibit the androgen receptor completely. Their goal is to directly target the tumor’s preferred source of fuel – an amino acid called glutamine.

“Since glutamine is not essential for normal tissue, there will be fewer side effects, which is one of the biggest downsides to hormonal therapies,” Huang said. “Direct inhibition of the enzyme that controls glutamine utilization would also make it more difficult for tumor cells to develop resistance.”

Huang and co-authors — including Daniel George, MD, professor in the departments of Medicine and Surgery at Duke who leads the clinical trial design — initiated the study to better understand prostate cancer cell metabolism, which still has many unknowns.

They found that hormone therapy initially inhibits a certain form of glutamine-converting enzyme called kidney-type glutaminase (KGA). This KGA enzyme depends on the androgen receptor and makes it possible for cancer cells to use glutamine. By suppressing it, hormonal therapies successfully slow cancer growth for a time.

But the tumor cells eventually find a workaround, switching to a different enzyme — glutaminase C (GAC) — which doesn’t rely on androgen receptor. When tumors make this switch to GAC, they proliferate aggressively, becoming castration-resistant prostate cancer.

“Our work demonstrates this metabolic switch to be one of the key mechanisms in therapeutic resistance and disease progression,” George said.

“Since metabolic activity directly controls cellular proliferation, it may be more difficult for the tumor cells to overcome a metabolic inhibition to develop resistance,” Huang said. “Our study shows that pharmacological inhibition of GAC can significantly suppress castration-resistant prostate cancer.”