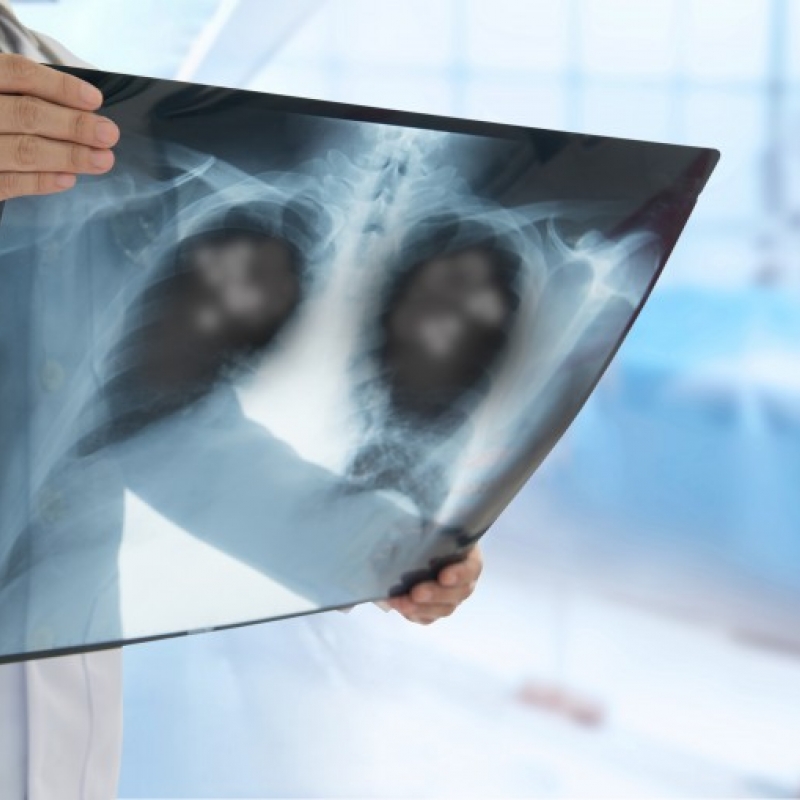 Although Black lung cancer patients are more likely to die from their disease than white patients, they have better outcomes than whites when treated with immunotherapies that are now considered the best standard of care.

This disconnect indicates that barriers to care are a key driver behind the racial disparities in lung cancer survival rates.

The findings, from a team of researchers led by Tomi Akinyemiju, PhD, an associate professor in the Department of Population Health Sciences at the Duke University School of Medicine, are being presented at the 14th AACR Conference on the Science of Cancer Health Disparities in Racial/Ethnic Minorities and the Medically Underserved, held Oct. 6-8.

In an analysis using the National Cancer Database, more than 3,000 patients were identified with advanced lung cancer who were diagnosed between 2015-16 and treated with immunotherapies.

The researchers found that the death rate among Black patients who were treated with immunotherapy was 15% lower than for whites. The finding confirms prior research suggesting that racial disparities in survival are mitigated if patients receive equal treatment.

“It is quite clear that if people have access to treatment, they have better survival,” Akinyemiju said. “The question that follows is why are some not accessing health care? It’s not just about having insurance, which does help people afford treatment, but there are other important factors getting in the way.”

Akinyemiju and colleagues found that 60% of all patients had government insurance, and nearly one-third lived in zip codes within the highest median income quartile. When stratified by race, however, only 16% of Black patients lived in the highest income areas.

Black patients were also more likely to be younger at diagnosis and treated at an academic cancer facility, factors which could be associated with improved outcomes compared to older age and treatment at community cancer facilities.

Median time from diagnosis to death was 9.13 months for white patients and 9.49 months for Black patients.

“Our study demonstrates that if we could wave a magic wand so that everyone receives the best treatment, we would see racial disparities in lung cancer outcomes eliminated,” Akinyemiju said. “Black patients do well after immunotherapy, so that makes our original question more urgent: Why are they less likely to receive immunotherapy and how do we design interventions to address those barriers?”