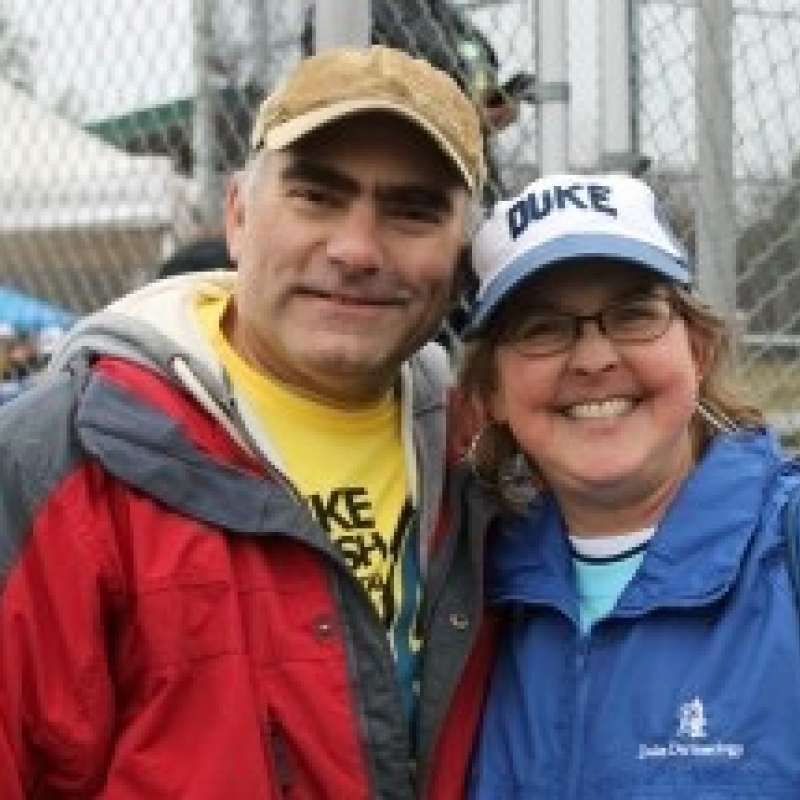 Since 2003, government funding for the National Institutes of Health, the nation’s medical research agency, has been flat. The NIH budget has been reduced by more than 20 percent since 2003. Ninety-two percent of the NIH budget is allocated to research. Even though grant applications are up by almost 50 percent, the reduction in funding has resulted in fewer grants for institutes – 12.5 percent fewer last year than in 2003. Duke Cancer Institute events, such as the CRUSH Colorectal 5K, help to keep science moving forward even in the face of reductions in government funding.

“Donations will help to fund a project under the direction of Dr. Herb Hurwitz, to collect and store blood and tumor samples of colorectal cancer patients not only from Duke, but from community clinics, such as those of the Duke Cancer Network,” said medical oncologist Ivy Altomare, MD, one of the event’s key organizer. “This expansion would not have been possible without the funds raised from this race. This archive will serve as a rich resource for biomarker discovery with the ultimate goal of determining what the best drugs and treatments will be for individual patients with this disease.”

CRUSH recently welcomed several new members to its planning committee. Altomare expects the 2016 event to be bigger and better. In fact, the committee is already searching for a new venue to accommodate a larger crowd. Next year’s CRUSH Colorectal Cancer 5K and Fun Walk is tentatively scheduled for Saturday, March 19. To view event photos, visit the CRUSH Facebook Page. For more information, visit the CRUSH website.

*Prior to the 2015 CRUSH 5K, Erin Wood spoke with local media about living life as fully as possible despite a diagnosis of colorectal cancer: http://abc11.com/health/local-woman-battling-cancer-urges-others-to-get-screened-/555626/.

Photo: Medical oncologist Herbert I. Hurwitz , MD, and Erin Wood, IT analyst for the DCI, pose at the finish of the 2015 CRUSH Colorectal 5K. Wood was diagnosed in 2006 with stage 4 colorectal cancer. (photo contributed by Kim Malugen, Duke Cancer Institute Survivorship Center)