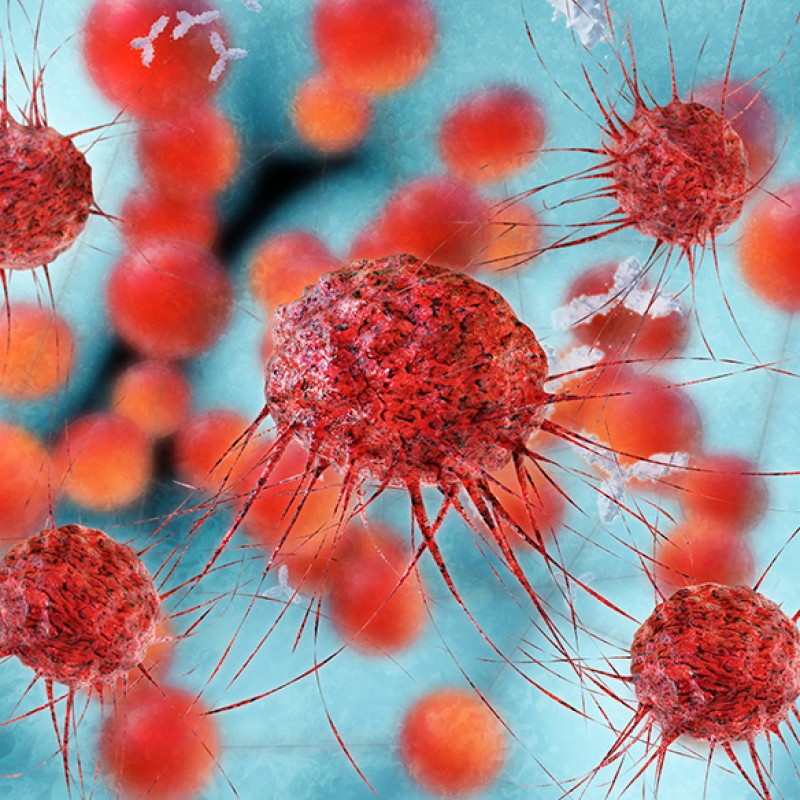 Using a precursor to dendritic cells appears to be an efficient and effective way to stimulate the immune system to fight cancer tumors, according to a study in animal and cell models by researchers at the Duke Cancer Institute.

The finding, described online in the Journal of Clinical Investigation, provides an alternative to dendritic cell cancer vaccines, which have shown promise as a way to prompt T-cells to recognize and attack cancer cells, but have had limited success improving patient survival.

The new approach uses monocytes, a type of white blood cell that is a forerunner of dendritic cells. When the monocytes are loaded with an antigen and injected in mice, they indirectly induced a T-cell response that attacked tumors.

“This is a whole new approach,” said senior author Michael D. Gunn, M.D., professor in the departments of Medicine and Immunology at Duke University School of Medicine. “And it appears to offer two advantages relative to dendritic cell vaccination. First, we see better immune responses and anti-tumor responses. And second, to make a dendritic cell vaccine, it requires starting with monocytes, and then culturing and treating the cells to differentiate into dendritic cells. This process skips all that.”

Gunn said the research team predicted the monocytes would be effective transporters of antigens to dendritic cells, but they did not expect them to stimulate strong T-cell responses.

Remarkably, after the monocytes transferred antigens to dendritic cells in the spleen using a pathway known as a gap junction that allows different cells to connect, the dendritic cells triggered T-cells to very effectively control tumor growth.

“We were rather surprised when we started getting very strong immune responses,” Gunn said. “This was a sort of wild hair experiment to see what happens. We were like everybody else and suspected you needed to inject dendritic cells to present the antigen, but it turns out you don’t.”

Gunn said additional experiments are ongoing to further illuminate the mechanisms involved in the immunological response, and a phase 1 clinical trial is slated to begin next year.