Sellers Competing For Woman Of The Year, Honors Mothers 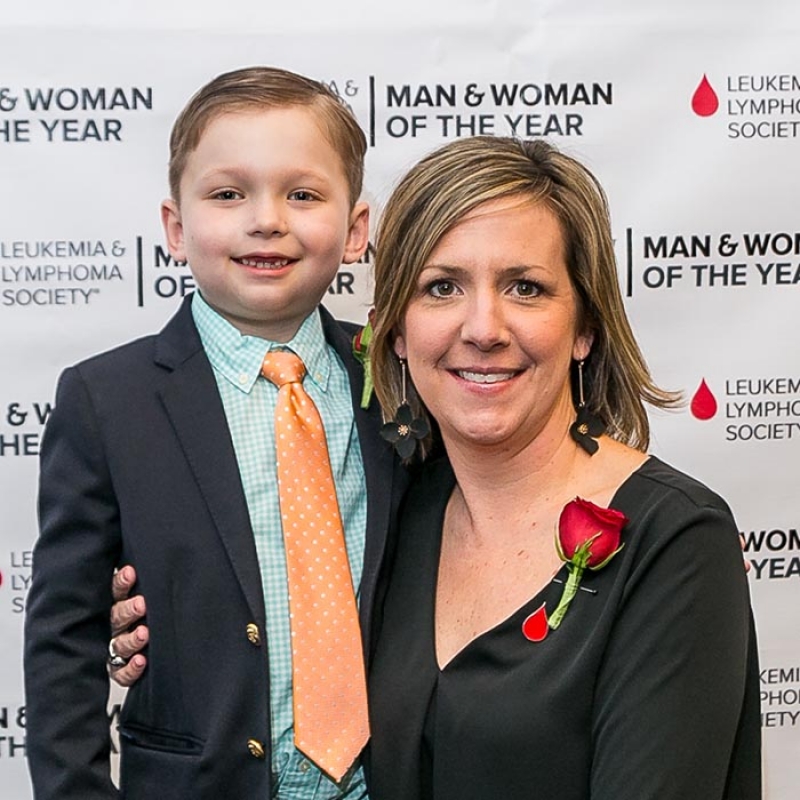 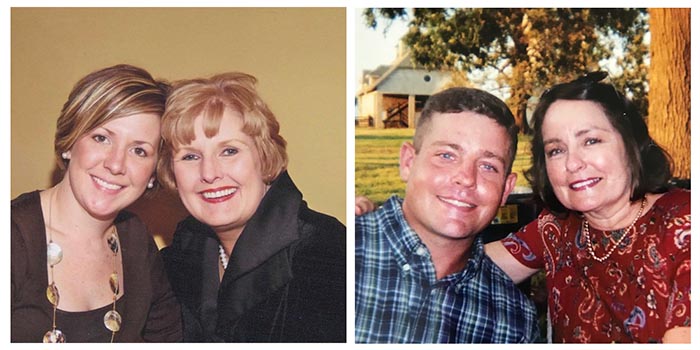 Catherine Sellers, then 30, and her husband, Jay, then 28, pose in separate photos with their respective mothers. Both mothers later lost battles with blood cancers.Catherine Sellers, MSN, RN, AGPCNP-BC,OCN, Duke Cancer Center Raleigh, has been nominated to compete in The Leukemia and Lymphoma Society’s (LLS) 2018 Woman of the Year campaign.

Sellers, 42, an adult-gerontology nurse practitioner, is dedicated to raising awareness and funds for a disease that took lives of both her mother, Terry Steele, and mother-in-law, Laura Anne Carpenter.

“I have a team of 12 devoted and energetic family members, friends and colleagues all over the U.S. who are reaching out to their networks seeking donations and corporate sponsorships,” explained Sellers. “We are hosting fun-filled events and utilizing email and social media to help get the word out.” 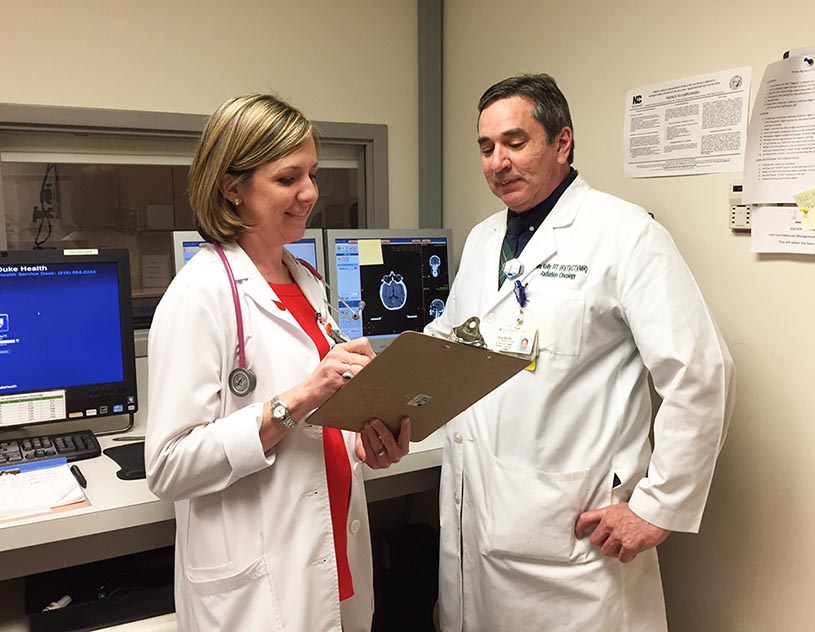 Catherine Sellers consults with Duke Cancer Center Raleigh colleague and lead radiation therapist Tim Kelly.“We are working to erase blood cancers from this world,” she shared, excitedly. “I have always thought of my work as, not just a job, but a calling. I accepted this nomination in an effort to give back to the cancer community I so adore. This also enables me to honor the lives of my late mother and mother-in-law.”

“He is not only surviving; he’s thriving,” said Sellers. “He is an amazing example of resilience and courage for those of us working in cancer care. He inspires both staff and patients. This is our opportunity to show him our support.”

Funds raised through the Man and Woman of The Year Campaign provide for ongoing research nationwide. The Leukemia and Lymphoma Society currently funds more than a $1.2 million in research grants at Duke.

To learn more about the Man and Woman of The Year Campaign or to support Sellers bid for the title, please go to Sellers For Woman of the Year.