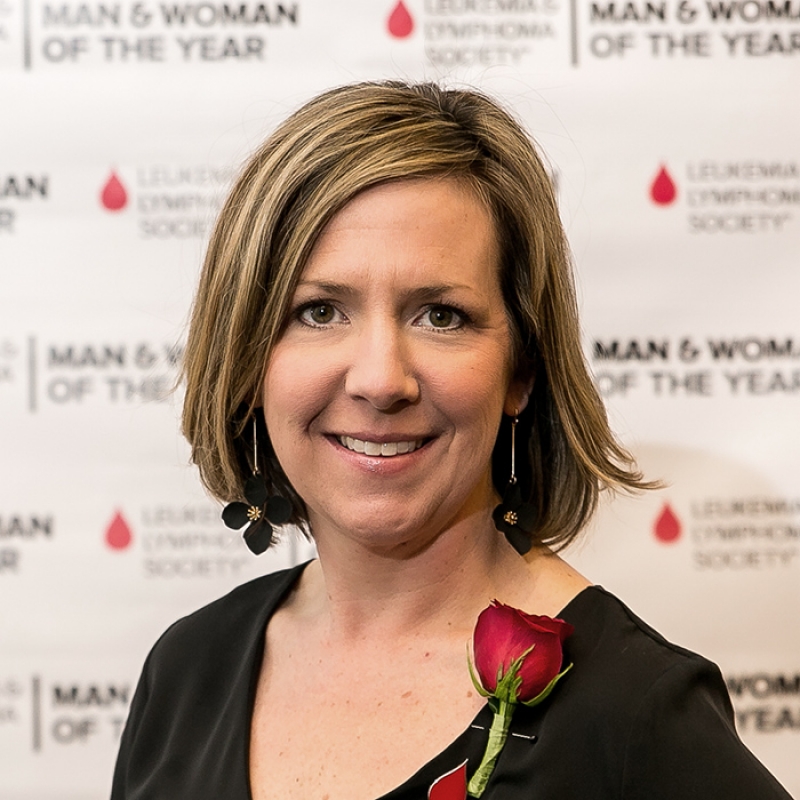 Catherine Sellers, MSN, RN, AGPCNP-BC,OCN, Duke Cancer Center Raleigh, was recently named the The Leukemia and Lymphoma Society’s (LLS) 2018 Woman of the Year. Having raised $167,098 over a 10-week period (March 27 through June 9), Seller's cinched the local chapter's Woman of the Year title.

"Participating in this philanthropic endeavor has been the journey of a lifetime," shared Sellers, 42, an adult-gerontology nurse practitioner. "This was an opportunity that I never knew I would have. I feel so blessed and honored to have participated and contributed to the mission of The Leukemia and Lymphoma Society. It has been such a meaningful way for me to complement my professional work and really make an impact on the blood cancer community. What a privilege it was to honor the memories of both my mother and mother-in-law in such a unique way." 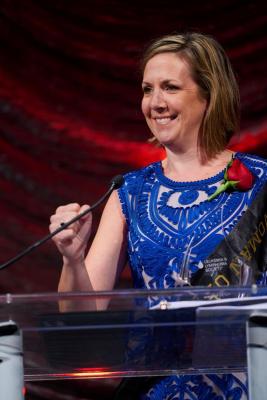 After winning the Woman of the Year title, Catherine Sellers addresses guests attending the LLS Man & Woman of the Year Gala on June 9. "I couldn't have done this without the support of my team," she said.Earlier this year Sellers accepted the nomination to compete as a means of memorializing her mother, Terry Steele, and mother-in-law, Laura Anne Carpenter. Both women passed away after "brave battles" with blood cancer. Steele had lymphoma and then was diagnosed with leukemia. She was just 59 years old when she succumbed to the effects of her cancer. Carpenter was 63 when she lost her battle with leukemia.

"I couldn’t have accomplished this without the support of my amazing team," she said. "Not meaning to be sappy, but they truly have been the wind beneath my wings."