She's Not Sure Whether The Outward Change Isn't More Sizable Within 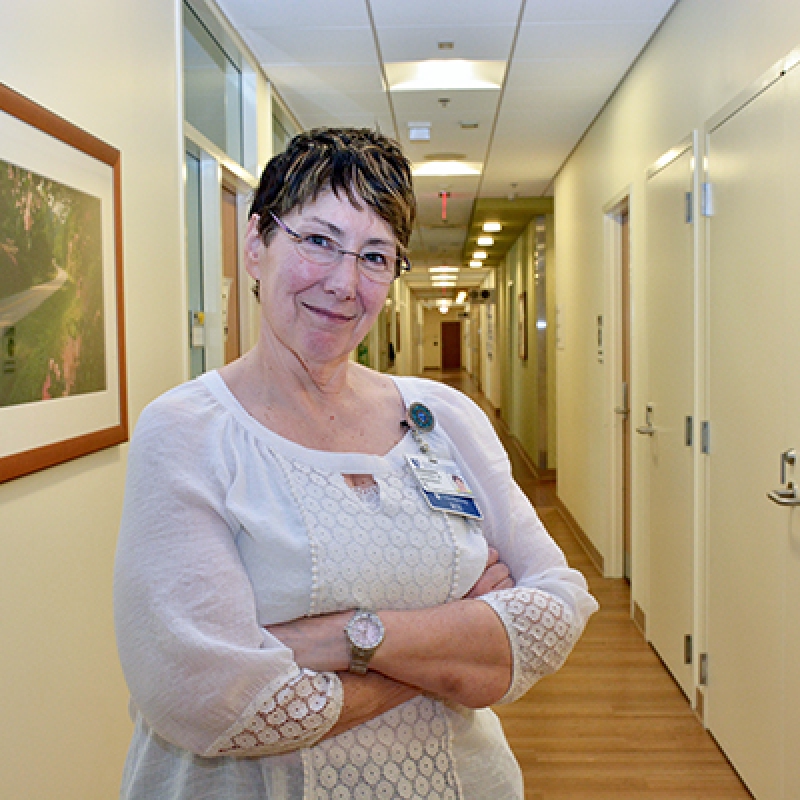 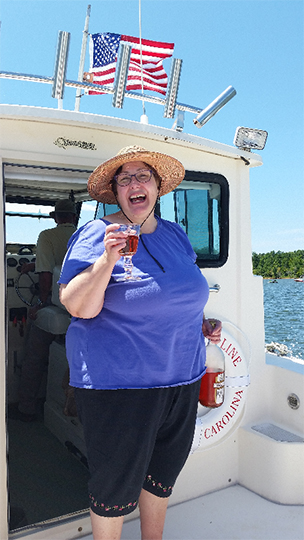 Cynthia Hoffman, weighing 335 pounds, poses while on holiday three years ago.The American Nurses Association (ANA) has designated 2017 as the “Year of the Healthy Nurse.” No one understands better the benefits of a healthy lifestyle change than Cynthia Hoffman, RN, a triage nurse at Duke Cancer Center and a onetime self-proclaimed foodaholic.

“Food had always been a source of comfort for me,” said Hoffman, the wife and mother of three and grandmother of four. “Lots of other things contributed to my ongoing weight gain, including lack of exercise and an unwillingness to truly look at myself in the mirror.”

According to the American Nurses Association approximately one-third of adults, age 20 and older, are overweight. Nearly 35.7 percent are obese (a Body Mass Index or BMI of over 30 is considered obese). In a study conducted by the University of Maryland’s School of Nursing, researchers found that 55 percent of 2,103 female nurses surveyed were obese. Nurses identified job stress and erratic sleep schedules as contributing factors.

Hoffman, 58, at her heaviest tipped the scales at 335 pounds. As the years went by, her obesity took a toll on her physically. When the excruciating pain in her knee became too much to ignore, Hoffman made an appointment with an orthopaedic surgeon.

“The surgeon refused to operate unless I lost weight — at least 100 pounds, he told me,” recounted Hoffman, who first joined Duke in 1984. “But it seemed I was caught up in a vicious cycle — I couldn’t exercise because, between the pain in my knee and my weight, it was difficult to move. Without exercise, diet alone couldn’t help me lose the weight.”

Hoffman admitted the pain and shame were frequently too much to bear.

“Because of my weight, I usually was unable to participate in fun activities with my family and friends,” Hoffman said. “Then there was the em 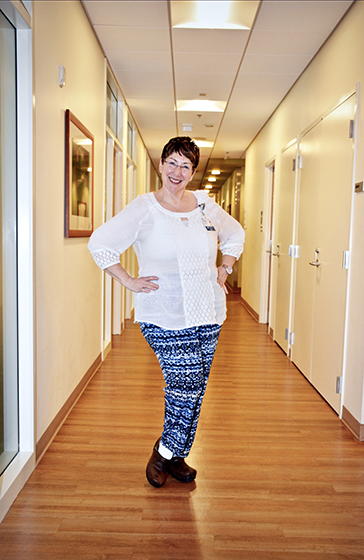 A svelte Cynthia Hoffman is enjoying all life has to offer, but she's not done yet. Hoffman, who no longer needs medications for high blood pressure, plans to lose another 50 pounds.barrassment of it all. I couldn’t fit in seats, travel long distances or move with ease in a patient's room. There wasn’t a moment that I wasn’t self-conscious. And that was just no way to live.”

Hoffman was at a crossroad. Her health demanded that she make a lasting “life-changing decision.” Having in the past tried many diets and exercise regimens only to regain the weight, and then some, Hoffman decided to undergo bariatric surgery in which weight loss is achieved by reducing the size of the stomach.

“Although my husband encouraged me as much as he could, the rest of my family remained skeptical,” Hoffman shared. “They’d seen me try and fail so many times before. However, once I made my decision I was laser-focused.”

As she began to shed pounds, Hoffman was inspired — mentally, emotionally and physically. The more weight she lost, the more she could do. Hoffman designed new strategies to combat old habits.

“Nowadays, instead of rewarding myself with treats and other foods, I opt instead to garden — a new found passion that gives me great fulfillment,” said Hoffman, as a smile of joy and satisfaction lit up her face. “The biggest danger for people like myself, who have tried and failed multiple times, is attempting change without a support system in place. Having a counselor is key. Counselors help us view food again as a source of nourishment rather than a means for reward or self-soothing.”

Hoffman warns that bariatric surgery, although an effective tool for long-term weight-loss, is not the cure-all.

“Surgery must be combined with a comprehensive treatment plan,” Hoffman stressed. “The struggles and stresses associated with nursing will still be there — long after the surgery. My treatment plan has required I become more self-aware—understand my triggers, see how I receive life’s fireballs and develop strategies for arming myself. It is almost a reflex to revert to old habits. It takes courage, faith and trust in a team of specialized clinicians organized to help.”

Two years later and 133 pounds lighter, Hoffman, who successfully underwent a knee replacement surgery in 2016, and is living life to the fullest — both professionally and personally. 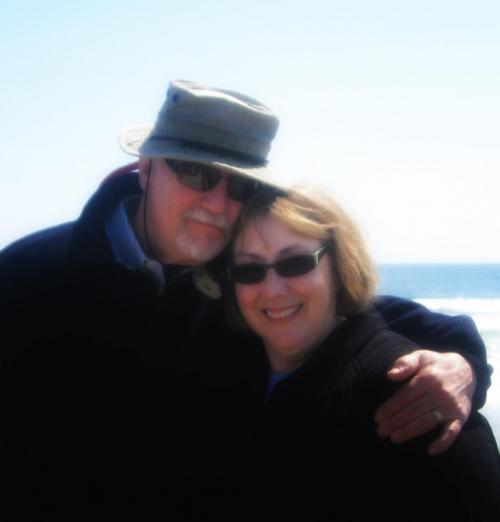 Hoffman and her husband, Bill, will celebrate their 29th wedding anniversary on April 30. "She's once again the bride I married," Bill quipped with a wry smile.“I no longer dread going to work, and these days I come home with much more energy,” said Hoffman, her smile broadening again. “I’m filled with satisfaction knowing Duke has gotten the most productive hours of my day. I now have energy to learn new things—to be more creative—at home and at work. Today I’m happier and more hopeful. At this point I really don’t know if I have changed more on the outside or the inside.”

Hoffman encourages other nurses struggling with weight issues to stop saying, “No, I can’t do that.” She urges them to seek the help of trained professionals — including those at Duke, specifically those affiliated with Duke’s Live For Life Program.

“Find someone who will be honest with you,” she said. “It’s also important that you choose someone with whom you will feel comfortable enough to share the unpleasant things you know about yourself. This alone begins a process toward healing, inner peace and outward growth. A good counselor helps us with next steps. I would not have made these changes in my life without the love and understanding and expertise and guidance of many people. I’ve finally learned it’s okay to ask for help.”