Southern Pines Man Steps Out In Fight Against Breast Cancer 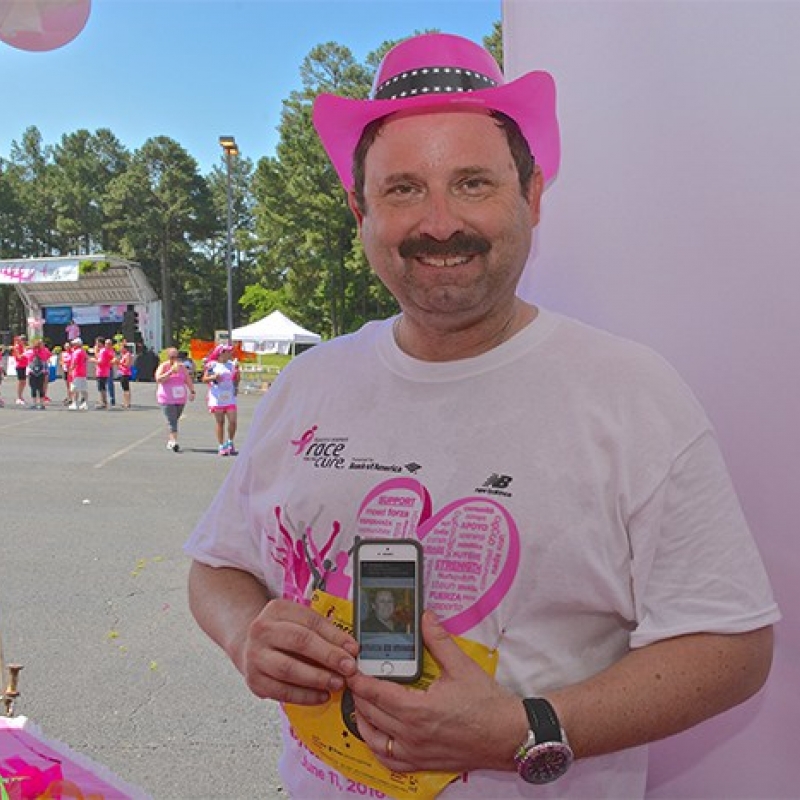 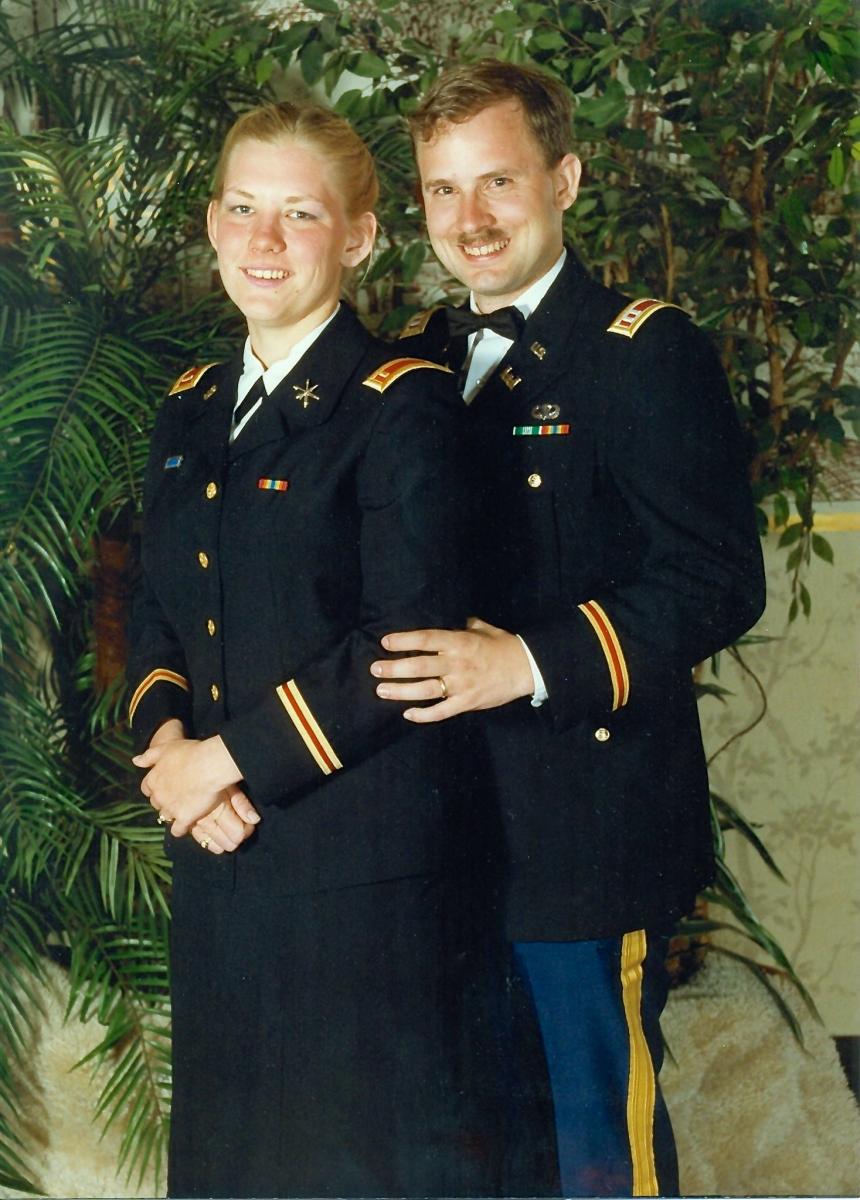 Joseph “Joe” Rasmus poses with his wife, Marty, when the pair served as officers in the United States Army. Joe, who is retired from military service, lost his wife to cancer on Valentine’s Day.Joseph “Joe” Rasmus, 52, may not have breast cancer, but after losing his wife to cancer earlier this year and with his own battle with lipomas, Joe was compelled to step out June 11 for the local Komen Race For the Cure.

“Since my diagnosis in 2008 I have had 24 lipomas removed—five of which were removed from my right breast,” Joe explained. “Because of my experience with lipomas and, more importantly, the recent loss of my wife to cervical cancer, I wanted to demonstrate my support for women’s cancers. The recent race allowed me to do just that.”

While Joe was being treated by Randall Scheri, MD, at Duke Cancer Center, his wife Martha “Marty” became very ill. In September 2014 she was diagnosed with stage 4 cervical cancer.

“She was the love of my life,” Joe said, as his eyes welled with tears. “Even after 27 years of marriage, we still loved to hold hands. We kissed and hugged every day. I always told her how much I loved her. She was my soul mate, and I was hers.”

Over the better part of the next year Marty underwent multiple rounds of chemotherapy and the radiation.

“When her cancer went into remission in March 2015, Marty and I wanted to celebrate her being cancer free,” said Joe, who lives in Southern Pines, North Carolina. “We revisited San Antonio, Texas, where we had honeymooned all those years ago. Then we went to New York City to visit our 23-year-old son. Marty had always dreamed of going to a Broadway show, so before leaving we went to see “Matilda.”

All of the excitement, however, would soon come to an abrupt halt when Marty’s cancer resurfaced in August 2015. To their shock, they learned Marty’s cancer metastasized to her brain, lung and also her spine.

“It was difficult to watch her suffer,” said Joe. “I prayed to God that if I was going to lose her, let it be on Valentine’s Day—after all, she was the love of my life.”

“Not a day goes by where I don’t think about Marty,” he said. “It’s been rough, but I refuse to forget about her or the time we had together.” 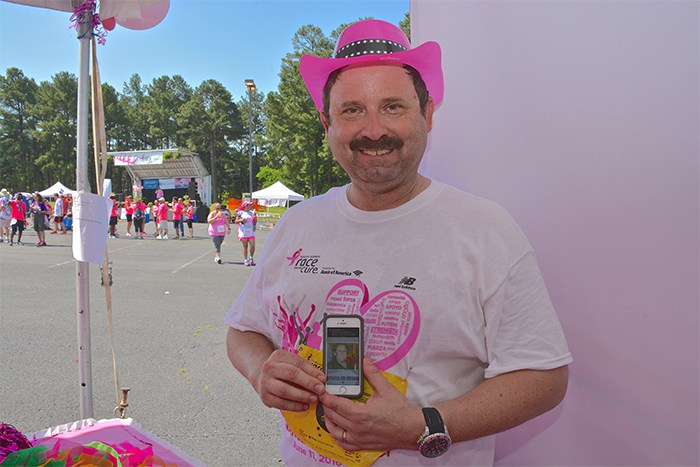 While participating in the 20th Annual Komen Triangle Race For The Cure on June 11, Joe Rasmus stops by to visit volunteers the Duke Cancer Institute tent. Here, he holds up a photo of his wife, Margaret, who lost her battle with cervical cancer on Valentine’s Day.Joe said participating in the Komen race was in some ways “healing.”

“My parents are cancer survivors,” he said. “My mother survived a bout with breast cancer, and my father won a battle against colon cancer. Getting involved in a cancer cause enabled me to honor their journey with cancer and also that of my wife.”

The 20th Annual Komen Triangle Race For the Cure, locally presented by Duke Cancer Institute, was held Saturday, June 11, at its new location at The Frontier in Research Triangle Park (RTP). The race attracted thousands and to date has raised more than $700,000. Fundraising continues through July 31. Led by honorary team captain Kimberly Blackwell, MD, Duke Cancer Institute hosted teams from its centers in Durham and Raleigh. To donate, visit team Duke Cancer Institute.

Alexis Kemp graduated in May 2016 with honors from North Carolina Central University (NCCU), ranked in 2016 by U.S. News & World Report as number 12 in the nation among historically black colleges and universities. North Carolina Central University has also been recognized by the Carnegie Foundation as a community-engaged institution. Kemp received her Bachelor of Arts degree in Mass Communication. Over the course of her college career, Kemp contributed more than 165 hours, 45 hours more than required by the university, within her field of study to community service. She currently serves as a communications intern with Duke Cancer Institute.