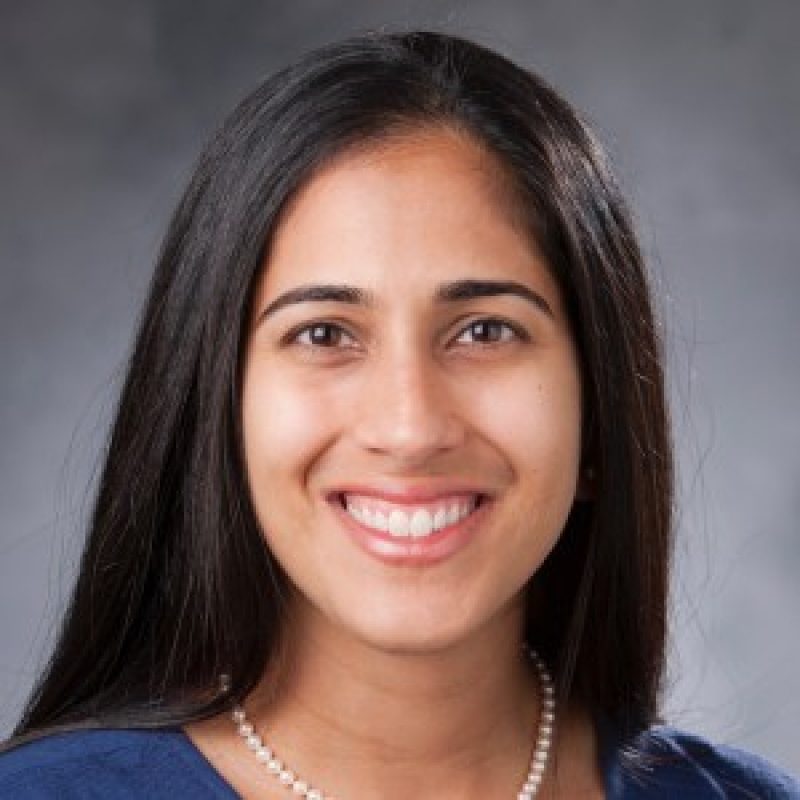 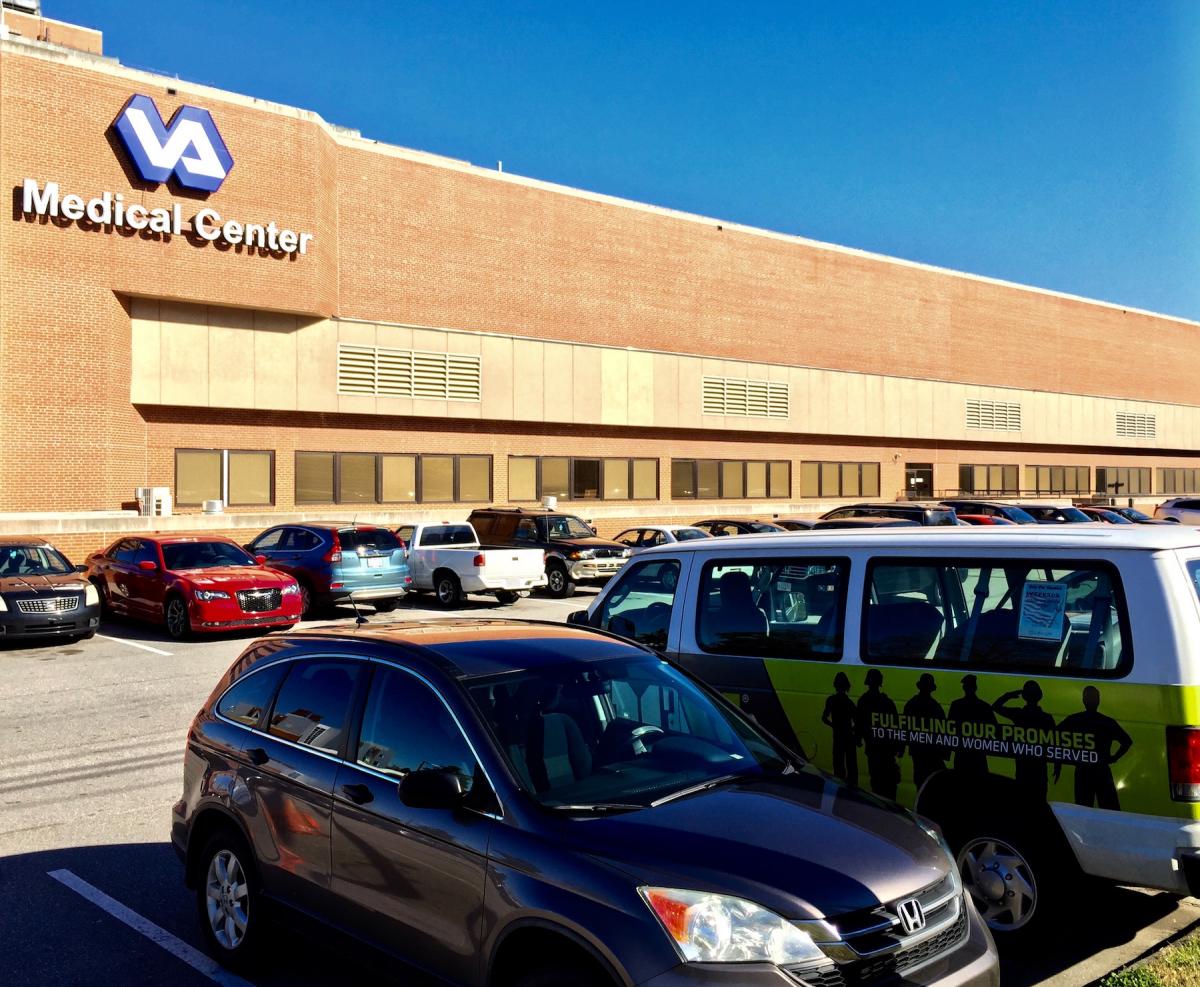 Primary liver cancer, also known as hepatocellular carcinoma (HCC), is the world’s third most common cause of cancer death. In the United States, the incidence of HCC is increasing. While surgery is the optimal treatment, less than a third of HCC patients are medically fit for surgery or liver transplant. This means that a majority of patients are treated with non-operative, liver-directed treatments.

United States veterans are more likely to have HCC, due to higher rates of Hepatitis C infection and alcoholic cirrhotic liver disease, both of which are leading causes of HCC.

“Developing alternative treatments to transplant and surgery based on strong evidence-based medicine are essential for patients not fit for surgery,” said the Duke Cancer Institute’s Manisha Palta, MD, assistant professor of radiation oncology and leader of the GI Radiation Oncology Program at the DVAMC. “This is particularly true in a new era of curative Hepatitis C treatment which—when combined with non-transplant based therapies for HCC—would potentially obviate the need for any additional therapies and break the cycle of cirrhosis, cancer and mortality.” 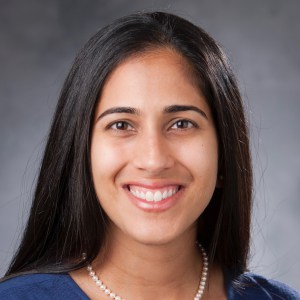 Manisha Palta, MDInvestigators at the Durham VA Medical Center are initiating a new phase II randomized trial comparing two non-surgical alternatives—percutaneous thermal ablation and hypo-fractionated image-guided radiation therapy. The trial (PROVE-HCC) is being sponsored and funded by the Duke University Department of Radiation Oncology and will start on Dec. 15.

“Both radiation and percutaneous ablation are options for many early stage liver cancer patients who are not candidates for surgery,” said Palta, a Duke Cancer Institute member who is principal investigator on the trial. “Our goal is to determine which of these effective treatments is tolerated best by measuring quality of life before and after the treatments.”

A recently formed multi-disciplinary tumor board at the Durham Veterans Affairs Hospital—made up of gastrointestinal doctors, medical oncologists, surgeons, radiation oncologists, as well as diagnostic and interventional radiologists affiliated with Duke University School of Medicine, Duke Cancer Institute and the Durham V.A. Medical Center—plans to accrue 80 patients (veterans) for the trial.

Palta said that current practice for early stage HCC patients with resectable HCC is to consider surgery or transplant first. However, if those patients aren’t healthy enough for surgery the next option is typically percutaneous thermal ablation; i.e. a probe is inserted into the tumor to heat and kill it. It’s a non-operative approach. She said that radiation, for non-surgical candidates, has typically been considered only in cases where the lesion is too large to do an ablation, in a location where ablation is less than ideal, or when prior liver directed treatments have not been effective.

The VA investigators on the trial are interested in finding out whether patients with small HCC cancers (tumors less than 4 cm) who are not healthy enough for surgery might also be appropriately treated with radiation as compared to ablation.

“Ablation has never been directly compared to radiation as a treatment technique in these small HCC cancers, in a randomized trial,” Palta pointed out. “There have been some retrospective comparisons indicating that if a patient has a lesion of two cm or less in size, that the two procedures each have 95 percent efficacy in terms of local tumor control, and that for tumors greater than two cm radiation seems to work slightly better.”

Palta is excited about the potential implications of the VA trial that will compare cost, side-effects, and efficacy as secondary endpoints after quality-of-life outcomes.

“Patient-reported outcomes are becoming increasingly important and if you have two treatments that are equally effective, if one has a superior quality of life profile, then that may be the ideal choice,” she said. “The benefit of radiation is that it’s a non-invasive outpatient treatment typically given in five to 10 total treatment sessions.” 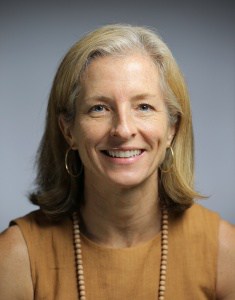 Cynthia Moylan, MD, MHSAccording to DCI’s Cynthia A. Moylan, MD, MHS (an assistant professor of medicine, gastroenterology, and sub-investigator on the trial), most HCC cases at the Durham VA result from chronic hepatitis C infection causing cirrhosis. It’s also the most common cause of HCC within the VA system as a whole.

“It is important to remember that most patients do not develop HCC without cirrhosis or at least advanced fibrosis due to longstanding disease,” said Moylan, adding that there are other causes of HCC, including chronic hepatitis B virus infection, alcohol, and non-alcoholic fatty liver disease— an increasingly common cause.

The risk factors for hepatitis C include being part of the baby boomer generation (1945-65), for whom the CDC recommends be screened given higher prevalence rates. Hepatitis C infection risk is also increased in persons who have a history of  intravenous drug use, multiple sexual partners, or blood transfusions prior to 1990 in the U.S.; military service particularly in Vietnam; incarceration; tattoos or piercings administered using an unsterile technique; and HIV infection.

The good news, said Palta, is that there are newer and less toxic approved treatments for hepatitis C on the market. A positive development for vets is that the Department of Veterans Affairs (VA), with funds from Congress, announced this summer that they’re extending new antiviral treatments, at a discount, to all veterans with hepatitis C treated within its health care system — regardless of the stage of their illness and whether they contracted these infections during military service. (According to the Centers for Disease Control and Prevention, hepatitis C kills more people in the United States than HIV, tuberculosis, pneumoccocal disease, and dozens of other infectious conditions combined.)

A September article in JAMA noted that these new anti-viral therapies can eliminate the virus in about 95 percent of cases after a 12-week or 24-week course of therapy, with minimal adverse effects, as opposed to previous therapies which took twice as long, had significant adverse side effects, and cured fewer than 50 percent of patients.

“It’s encouraging that as more vets are treated for hepatitis C there will be fewer cirrhosis patients, and thus fewer liver cancer patients,” said Palta.