Our laboratory focuses on transforming growth factor-ß (TGF-ß) superfamily signal transduction pathways, and specifically, the role of these pathways in cancer biology. The TGF-ß superfamily is comprised of a number of polypeptide growth factors, including TGF-βs, bone morphogenetic proteins (BMPs) and activin) that regulate growth, differentiation and morphogenesis in a cell and context specific manner. TGF-ß and the TGF-ß signaling pathway have a dichotomous role in cancer biology, as both tumor-suppressor genes (presumably as regulators of cellular proliferation, differentiation and apoptosis) and as tumor promoters (presumably as regulators of cellular motility, adhesion, angiogenesis and the immune system). This dichotomy of TGF-ß function remains a fundamental problem in the field both in terms of understanding the mechanism of action of the TGF-ß pathway, and directly impacting our ability to target this pathway for the chemoprevention or treatment of human cancers. Resistance to the tumor suppressor effects of TGF-ß is also a common feature of epithelial-derived human cancers (breast, colon, lung, pancreatic, prostate), however, mechanisms for TGF-ß resistance remain undefined in the majority of cases. TGF-ß regulates cellular processes by binding to three high affinity cell surface receptors, the type I, type II, and type III receptors. Recent studies by our laboratory and others have established the type III TGF-ß receptor (TßRIII)  as a critical mediator/regulator of TGF-ß signaling. Specifically we have demonstrated that regulating TßRIII expression levels is sufficient to regulate TGF-ß signaling, and that decreased TßRIII expression is a common phenomenon in human cancers, resulting in cancer progression. TßRIII is also shed from the surface to generate soluble TßRIII, which we have demonstrated has a role in creating an immunotolerant tumor microenvironment. The role of TßRIII and soluble TßRIII in the tumor immune microenvironment is currently being investigated using a multidisciplinary approach.

Activin receptor-like kinase 4 (ALK4) is a type I transforming growth factor-β (TGF-β) superfamily receptor that mediates signaling for several TGF-β superfamily ligands, including activin, Nodal and GDF5. We have demonstrated that mutation or copy number loss of ALK4 occurs in 35% of pancreatic cancer patients, with loss of ALK4 expression associated with a poorer prognosis. ALK4 has also been identified in an unbiased screen as a gene whose disruption enhances Ras mediated pancreatic tumorigenesis in vivo. We have demonstrated that loss of ALK4 expression increases canonical TGF-β signaling to increase cancer invasion and metastasis in vivo. We are currently investigating the mechanism by which loss of ALK4 regulates TGF-β signaling, how it may effect other signaling pathways, and how to use this knowledge to treat pancreatic cancer patients with loss of ALK4 function.

A phase Ib study of the combination regorafenib with PF-03446962 in patients with refractory metastatic colorectal cancer (REGAL-1 trial). 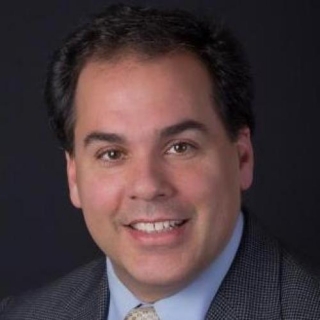