Director of the Duke Cancer Institute

The role of ATM in Metabolic Stress Responses

The role of ATM in Metabolic Stress Responses

There is evidence that ATM mutated in ataxia-telangiectasia (A-T) plays a key role in protecting against mitochondrial dysfunction, the mechanism for which remains unresolved. We demonstrate here that ATM-deficient cells are exquisitely sensitive to nutrient deprivation, which can be explained by defective cross talk between the endoplasmic reticulum (ER) and the mitochondrion. Tethering between these two organelles in response to stress was reduced in cells lacking ATM, and consistent with this, Ca2+ release and transfer between ER and mitochondria was reduced dramatically when compared with control cells. The impact of this on mitochondrial function was evident from an increase in oxygen consumption rates and a defect in mitophagy in ATM-deficient cells. Our findings reveal that ER-mitochondrial connectivity through IP3R1-GRP75-VDAC1, to maintain Ca2+ homeostasis, as well as an abnormality in mitochondrial fusion defective in response to nutrient stress, can account for at least part of the mitochondrial dysfunction observed in A-T cells.
Authors
Yeo, AJ; Chong, KL; Gatei, M; Zou, D; Stewart, R; Withey, S; Wolvetang, E; Parton, RG; Brown, AD; Kastan, MB; Coman, D; Lavin, MF
MLA Citation
Yeo, Abrey J., et al. “Impaired endoplasmic reticulum-mitochondrial signaling in ataxia-telangiectasia.” Iscience, vol. 24, no. 1, Jan. 2021, p. 101972. Pubmed, doi:10.1016/j.isci.2020.101972.
URI
https://scholars.duke.edu/individual/pub1470998
PMID
33437944
Source
pubmed
Published In
Iscience
Volume
24
Published Date
2021
Start Page
101972
DOI
10.1016/j.isci.2020.101972

Cellular responses to DNA damage and other stresses are important determinants of mutagenesis and impact the development of a wide range of human diseases. TP53 is highly mutated in human cancers and plays an essential role in stress responses and cell fate determination. A central dogma of p53 induction after DNA damage has been that the induction results from a transient increase in the half-life of the p53 protein. Our laboratory recently demonstrated that this long-standing paradigm is an incomplete picture of p53 regulation by uncovering a critical role for protein translational regulation in p53 induction after DNA damage. These investigations led to the discovery of a DNA-damage-induced alternative splicing (AS) pathway that affects p53 and other gene products. The damage-induced AS of p53 pre-mRNA generates the beta isoform of p53 (p53β) RNA and protein, which is specifically required for the induction of cellular senescence markers after ionizing irradiation (IR). In an attempt to elucidate the mechanisms behind the differential regulation and apparent functional divergence between full-length (FL) p53 and the p53β isoform (apoptosis versus senescence, respectively), we identified the differential transcriptome and protein interactome between these two proteins that may result from the unique 10-amino-acid tail in p53β protein.
Authors
Chen, J; Zhang, D; Qin, X; Owzar, K; McCann, JJ; Kastan, MB
MLA Citation
Chen, Jing, et al. “DNA-Damage-Induced Alternative Splicing of p53.” Cancers (Basel), vol. 13, no. 2, Jan. 2021. Pubmed, doi:10.3390/cancers13020251.
URI
https://scholars.duke.edu/individual/pub1472508
PMID
33445417
Source
pubmed
Published In
Cancers
Volume
13
Published Date
2021
DOI
10.3390/cancers13020251

Retrospective Diagnosis of Ataxia-Telangiectasia in an Adolescent Patient With a Remote History of T-Cell Leukemia. 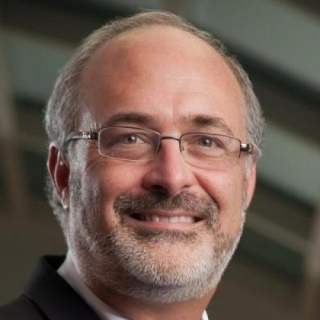