Dr. Pirozzi's work thus far has been dedicated to studying brain tumors, particularly gliomas. During his research career, he has focused on identifying the common mutations present in gliomas and how these different mutations correlate with diagnoses and prognoses. To this end, Christopher was involved in several publications that identified and stratified brain tumor patients based on their mutation spectrum. For example, mutations in ATRX, CIC, FUBP1, and IDH1 can be used to distinguish patients with astrocytomas or oligodendrogliomas on a genetic level which can complement the difficult work of neuropathologists and better direct patient therapeutics. Christopher utilized these mutations as a foundation for animal modeling, leading to genetically faithful and biologically relevant systems that are applied to both basic research to understand the pathogenic nature of these mutations, as well as pre-clinical and translational research to understand how best to treat these tumors. Christopher’s work in animal modeling and understanding mutant IDH1-mediated gliomagenesis was recognized in several forms including first place winner of the Duke University School of Medicine’s Clinical Research Day poster session, being an invited speaker at the annual Department of Pathology’s Retreat, and as the recipient of the Robert and Barbara Bell Basic Science Cancer Research Award recognized at the Fifth Annual DCI Scientific Retreat in 2017.

Dr. Pirozzi is currently working on utilizing those mutations identified in the human genetic screens for immunotherapeutic purposes. He has generated a series of orthotopic intracranial injection-based immune-competent animal models for which he is actively investigating the impact the mutations have on the tumor-immune microenvironment and whether the tumor-immune microenvironment can be manipulated to promote an anti-tumor response. Specifically, his most recently funded Department of Defense Idea Award with Special Focus entails understanding the impact mutant IDH1 is having on the Th17 T cell lineage and whether this can be exploited for therapeutic purposes.

Christopher contributed to the successful funding of several grants including a Duke Cancer Institute Cancer Research Pilot Grant as well as an R33, focusing on the identification and cloning of mutation-specific T cell receptors that could be used for adoptive transfer. Understanding the tumor-immune microenvironment and whether it can be manipulated to improve therapeutics or promote an anti-tumor immune response, and the identification of tumor-specific therapies that will avoid collateral damage to the sensitive brain are active lines of investigation.

Medical Instructor in the Department of Pathology

The implications of IDH mutations for cancer development and therapy.

Mutations in the genes encoding the cytoplasmic and mitochondrial forms of isocitrate dehydrogenase (IDH1 and IDH2, respectively; collectively referred to as IDH) are frequently detected in cancers of various origins, including but not limited to acute myeloid leukaemia (20%), cholangiocarcinoma (20%), chondrosarcoma (80%) and glioma (80%). In all cases, neomorphic activity of the mutated enzyme leads to production of the oncometabolite D-2-hydroxyglutarate, which has profound cell-autonomous and non-cell-autonomous effects. The broad effects of IDH mutations on epigenetic, differentiation and metabolic programmes, together with their high prevalence across a variety of cancer types, early presence in tumorigenesis and uniform expression in tumour cells, make mutant IDH an ideal therapeutic target. Herein, we describe the current biological understanding of IDH mutations and the roles of mutant IDH in the various associated cancers. We also present the available preclinical and clinical data on various methods of targeting IDH-mutant cancers and discuss, based on the underlying pathogenesis of different IDH-mutated cancer types, whether the treatment approaches will converge or be context dependent.
Authors
Pirozzi, CJ; Yan, H
MLA Citation
Pirozzi, Christopher J., and Hai Yan. “The implications of IDH mutations for cancer development and therapy.” Nat Rev Clin Oncol, vol. 18, no. 10, Oct. 2021, pp. 645–61. Pubmed, doi:10.1038/s41571-021-00521-0.
URI
https://scholars.duke.edu/individual/pub1486137
PMID
34131315
Source
pubmed
Published In
Nature Reviews. Clinical Oncology
Volume
18
Published Date
2021
Start Page
645
End Page
661
DOI
10.1038/s41571-021-00521-0

Hitting Gliomas When They Are Down: Exploiting IDH-Mutant Metabolic Vulnerabilities.

Mutations in isocitrate dehydrogenases 1 and 2 (IDH) occur in the majority of World Health Organization grade II and III gliomas. IDH1/2 active site mutations confer a neomorphic enzyme activity producing the oncometabolite D-2-hydroxyglutarate (D-2HG), which generates the glioma CpG island methylation phenotype (G-CIMP). While IDH1/2 mutations and G-CIMP are commonly retained during tumor recurrence, recent work has uncovered losses of the IDH1 mutation in a subset of secondary glioblastomas. Cooccurrence of the loss of the mutant allele with extensive methylation changes suggests a possible link between the two phenomena. Here, we utilize patient-derived IDH1R132H/WT glioma cell lines and CRISPR-Cas9-mediated gene knockout to model the genetic loss of IDH1 R132H, and characterize the effects of this deletion on DNA methylation. After D-2HG production has been abolished by deletions within the IDH1 alleles, these models show persistent DNA hypermethylation at seven CpG sites previously used to define G-CIMP-positivity in patient tumor samples. Despite these defining G-CIMP sites showing persistent hypermethylation, we observed a genome-wide pattern of DNA demethylation, enriched for CpG sites located within open sea regions of the genome, as well as in CpG-island shores of transcription start sites, after loss of D-2HG production. These results suggest that inhibition of D-2HG from genetic deletion of IDH alleles is not sufficient to reverse hypermethylation of all G-CIMP-defining CpG sites, but does result in more demethylation globally and may contribute to the formation of a G-CIMP-low-like phenotype. IMPLICATIONS: These findings show that loss of the IDH1 mutation in malignant glioma cells leads to a pattern of DNA methylation alterations, and shows plausibility of IDH1 mutation loss being causally related to the gain of a G-CIMP-low-like phenotype.
Authors
Moure, CJ; Diplas, BH; Chen, LH; Yang, R; Pirozzi, CJ; Wang, Z; Spasojevic, I; Waitkus, MS; He, Y; Yan, H
MLA Citation
Moure, Casey J., et al. “CRISPR Editing of Mutant IDH1 R132H Induces a CpG Methylation-Low State in Patient-Derived Glioma Models of G-CIMP.” Mol Cancer Res, vol. 17, no. 10, Oct. 2019, pp. 2042–50. Pubmed, doi:10.1158/1541-7786.MCR-19-0309.
URI
https://scholars.duke.edu/individual/pub1397070
PMID
31292202
Source
pubmed
Published In
Mol Cancer Res
Volume
17
Published Date
2019
Start Page
2042
End Page
2050
DOI
10.1158/1541-7786.MCR-19-0309 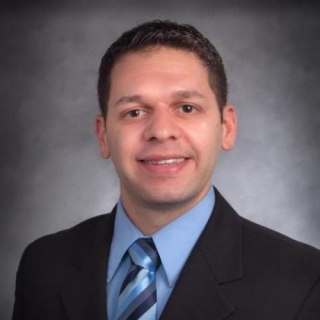 Medical Instructor in the Department of Pathology