Research in the Sullivan Lab is focused on chromosome organization, with a specific emphasis on the genomics and epigenetics of the chromosomal locus called the centromere and the formation and fate of chromosome abnormalities that are associated with birth defects, reproductive abnormalities, and cancer. The centromere is a specialized chromosomal site involved in chromosome architecture and movement, kinetochore function, heterochromatin assembly, and sister chromatid cohesion.

Our experiments have uncovered a unique type of chromatin (CEN chromatin) formed exclusively at the centromere by replacement of core histone H3 by the centromeric histone variant CENP-A. Our studies explore the composition of CEN chromatin and its relationship to the underlying highly repetitive alpha satellite DNA at the centromere. We recently discovered that genomic variation within alpha satellite DNA affects centromere location and chromosome stability. Variation within the repetitive portion of the human genome has not been well studied, primarily because sequences like alpha satellite DNA are part of the 10% of the human genome that has been excluded from the contiguous genome assembly. We are members of the T2T (Telomere-to-Telomere) Consortium whose goal is to use ultra long read sequencing and optical mapping to completely assemble each human chromosome, including through the multiple megabases of alpha satellite DNA at each centromere. Through this project, we are identifying normal and pathogenic variation within the repetitive portion of individual human genomes, and have discovered that alpha satellite variation is more prevalent on specific human chromosomes in ovarian and colorectal cancers.

We routinely create human artificial chromosomes (HACs), using them as tools to define the components of a viable, transmissible chromosome and to study how alpha satellite variation affects centromeric transcription, recruitment of centromere proteins, kinetochore architecture, and ultimately, chromosome stability. We also use CRISPR-based genome editing methods to remove native centromeres to define regions in the human genome that harbor latent centromere function.

Professor of Molecular Genetics and Microbiology

Expanding studies of chromosome structure and function in the era of T2T genomics.

The new year for chromosome research: a change of guard amidst a shifting scientific landscape and global pandemic. 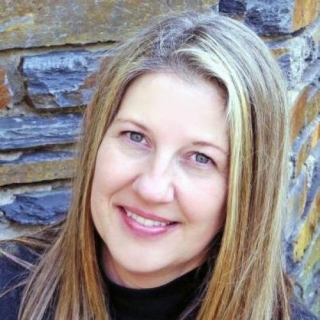 Professor of Molecular Genetics and Microbiology