BACKGROUND: Artificial intelligence (AI) based radiotherapy treatment planning tools have gained interest in automating the treatment planning process. It is essential to understand their overall robustness in various clinical scenarios. This is an existing gap between many AI based tools and their actual clinical deployment. This study works to fill the gap for AI based treatment planning by investigating a clinical robustness assessment (CRA) tool for the AI based planning methods using a phantom simulation approach. METHODS: A cylindrical phantom was created in the treatment planning system (TPS) with the axial dimension of 30 cm by 18 cm. Key structures involved in pancreas stereotactic body radiation therapy (SBRT) including PTV25, PTV33, C-Loop, stomach, bowel and liver were created within the phantom. Several simulation scenarios were created to mimic multiple scenarios of anatomical changes, including displacement, expansion, rotation and combination of three. The goal of treatment planning was to deliver 25 Gy to PTV25 and 33 Gy to PTV33 in 5 fractions in simultaneous integral boost (SIB) manner while limiting luminal organ-at-risk (OAR) max dose to be under 29 Gy. A previously developed deep learning based AI treatment planning tool for pancreas SBRT was identified as the validation object. For each scenario, the anatomy information was fed into the AI tool and the final fluence map associated to the plan was generated, which was subsequently sent to TPS for leaf sequencing and dose calculation. The final auto plan's quality was analyzed against the treatment planning constraint. The final plans' quality was further analyzed to evaluate potential correlation with anatomical changes using the Manhattan plot. RESULTS: A total of 32 scenarios were simulated in this study. For all scenarios, the mean PTV25 V25Gy of the AI based auto plans was 96.7% while mean PTV33 V33Gy was 82.2%. Large variation (16.3%) in PTV33 V33Gy was observed due to anatomical variations, a.k.a. proximity of luminal structure to PTV33. Mean max dose was 28.55, 27.68 and 24.63 Gy for C-Loop, bowel and stomach, respectively. Using D0.03cc as max dose surrogate, the value was 28.03, 27.12 and 23.84 Gy for C-Loop, bowel and stomach, respectively. Max dose constraint of 29 Gy was achieved for 81.3% cases for C-Loop and stomach, and 78.1% for bowel. Using D0.03cc as max dose surrogate, the passing rate was 90.6% for C-Loop, and 81.3% for bowel and stomach. Manhattan plot revealed high correlation between the OAR over dose and the minimal distance between the PTV33 and OAR. CONCLUSIONS: The results showed promising robustness of the pancreas SBRT AI tool, providing important evidence of its readiness for clinical implementation. The established workflow could guide the process of assuring clinical readiness of future AI based treatment planning tools.
Authors
Hito, M; Wang, W; Stephens, H; Xie, Y; Li, R; Yin, F-F; Ge, Y; Wu, QJ; Wu, Q; Sheng, Y
MLA Citation
Hito, Martin, et al. “Assessing the robustness of artificial intelligence powered planning tools in radiotherapy clinical settings-a phantom simulation approach.” Quant Imaging Med Surg, vol. 11, no. 12, Dec. 2021, pp. 4835–46. Pubmed, doi:10.21037/qims-21-51.
URI
https://scholars.duke.edu/individual/pub1501394
PMID
34888193
Source
pubmed
Published In
Quantitative Imaging in Medicine and Surgery
Volume
11
Published Date
2021
Start Page
4835
End Page
4846
DOI
10.21037/qims-21-51

Insights of an AI agent via analysis of prediction errors: a case study of fluence map prediction for radiation therapy planning.

Deep learning algorithms for radiation therapy treatment planning automation require large patient datasets and complex architectures that often take hundreds of hours to train. Some of these algorithms require constant dose updating (such as with reinforcement learning) and may take days. When these algorithms rely on commerical treatment planning systems to perform dose calculations, the data pipeline becomes the bottleneck of the entire algorithm's efficiency. Further, uniformly accurate distributions are not always needed for the training and approximations can be introduced to speed up the process without affecting the outcome. These approximations not only speed up the calculation process, but allow for custom algorithms to be written specifically for the purposes of use in AI/ML applications where the dose and fluence must be calculated a multitude of times for a multitude of different situations. Here we present and investigate the effect of introducing matrix sparsity through kernel truncation on the dose calculation for the purposes of fluence optimzation within these AI/ML algorithms. The basis for this algorithm relies on voxel discrimination in which numerous voxels are pruned from the computationally expensive part of the calculation. This results in a significant reduction in computation time and storage. Comparing our dose calculation against calculations in both a water phantom and patient anatomy in Eclipse without heterogenity corrections produced gamma index passing rates around 99% for individual and composite beams with uniform fluence and around 98% for beams with a modulated fluence. The resulting sparsity introduces a reduction in computational time and space proportional to the square of the sparsity tolerance with a potential decrease in cost greater than 10 times that of a dense calculation allowing not only for faster caluclations but for calculations that a dense algorithm could not perform on the same system.
Authors
Stephens, H; Wu, QJ; Wu, Q
MLA Citation
Stephens, Hunter, et al. “Introducing matrix sparsity with kernel truncation into dose calculations for fluence optimization.” Biomed Phys Eng Express, vol. 8, no. 1, Nov. 2021. Pubmed, doi:10.1088/2057-1976/ac35f8.
URI
https://scholars.duke.edu/individual/pub1500935
PMID
34731837
Source
pubmed
Published In
Biomedical Physics & Engineering Express
Volume
8
Published Date
2021
DOI
10.1088/2057-1976/ac35f8 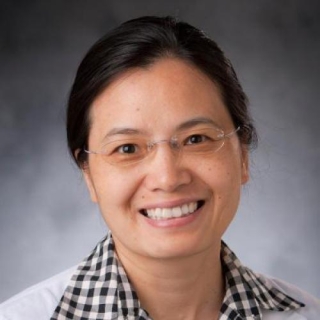