The overall objective of our laboratory is the development of novel radioactive compounds for improving the diagnosis and treatment of cancer. This work primarily involves radiohalo-genation of biomolecules via site-specific approaches, generally via demetallation reactions. Radionuclides utilized for imaging include I-123, I-124 and F-18, the later two being of particular interest because they can be used for the quantification of biochemical and physiological processes in the living human through positron emission tomography. For therapy, astatine-211 decays by the emission of alpha-particles, a type of radiation considerably more cytotoxic that the beta-particles used in conventional endoradiotherapy. The range of At-211 alpha particles is only a few cell diameters, offering the possibility of extremely focal irradiation of malignant cells while leaving neighboring cells intact. Highlights of recent work include: a)
development of reagents for protein and peptide radioiodination that decrease deiodination in vivo by up to 100-fold, b) demonstration that At-211 labeled monoclonal antibodies are effective in the treatment of a rat model of neoplastic meningitis, c) synthesis of a thymidine analogue labeled with At-211 and the demonstration that this molecule is taken up in cellular DNA with highly cytotoxicity even at levels of only one atom bound per cell and d) development of
radiohalobenzylguanidines which are specifically cytotoxic for human neuroblastoma cells.

Jonathan Spicehandler, M.D. Distinguished Professor of Neuro Oncology, in the School of Medicine

Specific Applications Of Pet And Mrs In Brain Tumors

Scor In Coronary And Vascular Diseases

RG7388 (Idasanutlin) is a potent inhibitor of oncoprotein murine double minute 2 (MDM2). Herein we investigated the feasibility of developing 18F-labeled RG7388 as a radiotracer for imaging MDM2 expression in tumors with positron emission tomography (PET). Two fluorinated analogues of RG7388, 6 and 7, were synthesized by attaching a fluoronicotinyl moiety to RG7388 via a polyethylene glycol (PEG3) or a propyl linker. The inhibitory potency (IC50) of 6 and 7 against MDM2 was determined by a fluorescence polarization (FP)-based assay. Next, compound 6 was labeled with 18F using a trimethylammonium triflate precursor to obtain [18F]FN-PEG3-RG7388 ([18F]6), and its properties were evaluated in MDM2 expressing wild-type p53 tumor cell lines (SJSA-1 and HepG2) in vitro and in tumor xenografts in vivo. The FP assays revealed an IC50 against MDM2 of 119 nM and 160 nM for 6 and 7, respectively. 18F-labeling of 6 was achieved in 50.3 ± 7.5% radiochemical yield. [18F]6 exhibited a high uptake (∼70% of input dose) and specificity in SJSA-1 and HepG2 cell lines. Saturation binding assays revealed a binding affinity (Kd) of 128 nM for [18F]6 on SJSA-1 cells. In mice, [18F]6 showed fast clearance from blood with a maximum tumor uptake of 3.80 ± 0.85% injected dose per gram (ID/g) in HepG2 xenografts at 30 min postinjection (p.i.) and 1.32 ± 0.32% ID/g in SJSA-1 xenografts at 1 h p.i. Specificity of [18F]6 uptake in tumors was demonstrated by pretreatment of mice with SJSA-xenografts with a blocking dose of RG7388 (35 mg/kg body weight, i.p.). In vivo stability studies in mice using HPLC showed ∼60% and ∼30% intact [18F]6 remaining in plasma at 30 min and 1 h p.i., respectively, with the remaining activity attributed to polar peaks. Our results suggest that RG7388 is a promising molecular scaffold for 18F-labeled probe development for MDM2. Additional labeling strategies and functionalizing locations on RG7388 are under development to improve binding affinity and in vivo stability of the 18F-labeled compound to make it more amenable for PET imaging of MDM2 in vivo.
Authors
Zhou, Z; Zalutsky, MR; Chitneni, SK
MLA Citation
Zhou, Zhengyuan, et al. “Fluorine-18 Labeling of the MDM2 Inhibitor RG7388 for PET Imaging: Chemistry and Preliminary Evaluation.” Mol Pharm, vol. 18, no. 10, Oct. 2021, pp. 3871–81. Pubmed, doi:10.1021/acs.molpharmaceut.1c00531.
URI
https://scholars.duke.edu/individual/pub1497080
PMID
34523337
Source
pubmed
Published In
Mol Pharm
Volume
18
Published Date
2021
Start Page
3871
End Page
3881
DOI
10.1021/acs.molpharmaceut.1c00531

INTRODUCTION: Labeling single domain antibody fragments (sdAbs) with 18F is an attractive strategy for immunoPET. Earlier, we developed a residualizing label, N-succinimidyl 3-((4-(4-fluorobutyl)-1H-1,2,3-triazol-1-yl)methyl)-5-(guanidinomethyl)benzoate ([18F]RL-I), synthesized via a click reaction for labeling sdAbs with 18F, that has attractive features but suffered from modest radiochemical yields and suboptimal hydrophobicity. Herein, we have evaluated the potential utility of an analogous agent, N-succinimidyl 3-(1-(2-(2-(2-(2-[18F]fluoroethoxy)ethoxy)ethoxy)ethyl)-1H-1,2,3-triazol-4-yl)-5-(guanidinomethyl)benzoate ([18F]SFETGMB; [18F]RL-III) designed to address these limitations. METHODS: [18F]RL-III was synthesized by the click reaction between 3-((2,3-bis(tert-butoxycarbonyl)guanidino)methyl)-5-ethynylbenzoate and 1-azido-2-(2-(2-(2-[18F]fluoroethoxy)ethoxy)ethoxy)ethane and subsequent deprotection. The anti-HER2 sdAbs 5F7 and 2Rs15d were labeled by conjugation with [18F]RL-III and compared in a paired-label fashion to the sdAbs labeled using N-succinimidyl 4-guanidinomethyl-3-[125I]iodobenzoate ([125I]SGMIB) or N-succinimidyl 3-guanidinomethyl-5-[125I]iodobenzoate (iso-[125I]SGMIB). The 18F-labeled sdAbs were evaluated in vitro using HER2-expressing breast and ovarian carcinoma cells (BT474/BT474M1 and SKOV-3) and in vivo in athymic mice bearing subcutaneous SKOV-3 or BT474 xenografts. PET imaging of athymic mice bearing either subcutaneous BT474 or intracranial BT474M1Br-Fluc xenografts after administration of [18F]RL-III-5F7 also was performed. RESULTS: Radiochemical yields for the synthesis of Boc2-[18F]RL-III (21.5 ± 3.4%) were significantly higher than reported for Boc2-[18F]RL-I. The overall radiochemical yields for the synthesis of [18F]RL-III-2Rs15d and [18F]RL-III-5F7 from aqueous [18F]fluoride were 1.7 ± 0.7% and 3.8 ± 2.3%, respectively. Both sdAbs, labeled using [18F]RL-III, retained affinity and immunoreactivity to HER2. Uptake and internalization of [18F]RL-III-5F7 in HER2-expressing cells was higher than that seen for [18F]RL-III-2Rs15d. Although different xenograft models were used, [18F]RL-III-2Rs15d showed relatively high uptake in a number of normal tissues, while uptake of [18F]RL-III-5F7 was mainly in tumor and kidneys with minimal background activity. Concordant with the necropsy experiments, microPET imaging with [18F]RL-III-5F7 in the BT474 subcutaneous model demonstrated clear delineation of the tumor (12.2 ± 5.1% ID/g) with minimal background activity except in kidneys. A tumor uptake (max) of 0.98%ID/g and a tumor-to-normal brain ratio of 9.8:1 were observed for [18F]RL-III-5F7 in the intracranial model. CONCLUSIONS: Although higher radiochemical yields than that reported for [18F]RL-I were obtained, considerable improvements are needed for this method to be of practical utility. Despite clear tumor delineation with [18F]RL-III-5F7 as early as 1 h, high activity levels in the kidneys remain a concern.
Authors
Zhou, Z; McDougald, D; Meshaw, R; Balyasnikova, I; Zalutsky, MR; Vaidyanathan, G
MLA Citation
Zhou, Zhengyuan, et al. “Labeling single domain antibody fragments with 18F using a novel residualizing prosthetic agent - N-succinimidyl 3-(1-(2-(2-(2-(2-[18F]fluoroethoxy)ethoxy)ethoxy)ethyl)-1H-1,2,3-triazol-4-yl)-5-(guanidinomethyl)benzoate.” Nucl Med Biol, vol. 100–101, Sept. 2021, pp. 24–35. Pubmed, doi:10.1016/j.nucmedbio.2021.06.002.
URI
https://scholars.duke.edu/individual/pub1485250
PMID
34146837
Source
pubmed
Published In
Nucl Med Biol
Volume
100-101
Published Date
2021
Start Page
24
End Page
35
DOI
10.1016/j.nucmedbio.2021.06.002

Production, purification and availability of 211At: Near term steps towards global access.

The promising characteristics of the 7.2-h radiohalogen 211At have long been recognized; including having chemical properties suitable for labeling targeting vectors ranging from small organic molecules to proteins, and the emission of only one α-particle per decay, providing greater control over off-target effects. Unfortunately, the impact of 211At within the targeted α-particle therapy domain has been constrained by its limited availability. Paradoxically, the most commonly used production method - via the 209Bi(α,2n)211At reaction - utilizes a widely available natural material (bismuth) as the target and straightforward cyclotron irradiation methodology. On the other hand, the most significant impediment to widespread 211At availability is the need for an accelerator capable of generating ≥28 MeV α-particles with sufficient beam intensities to make clinically relevant levels of 211At. In this review, current methodologies for the production and purification of 211At - both by the direct production route noted above and via a 211Rn generator system - will be discussed. The capabilities of cyclotrons that currently produce 211At will be summarized and the characteristics of other accelerators that could be utilized for this purpose will be described. Finally, the logistics of networks, both academic and commercial, for facilitating 211At distribution to locations remote from production sites will be addressed.
Authors
Feng, Y; Zalutsky, MR
MLA Citation
Feng, Yutian, and Michael R. Zalutsky. “Production, purification and availability of 211At: Near term steps towards global access.” Nucl Med Biol, vol. 100–101, Sept. 2021, pp. 12–23. Pubmed, doi:10.1016/j.nucmedbio.2021.05.007.
URI
https://scholars.duke.edu/individual/pub1485956
PMID
34144505
Source
pubmed
Published In
Nucl Med Biol
Volume
100-101
Published Date
2021
Start Page
12
End Page
23
DOI
10.1016/j.nucmedbio.2021.05.007 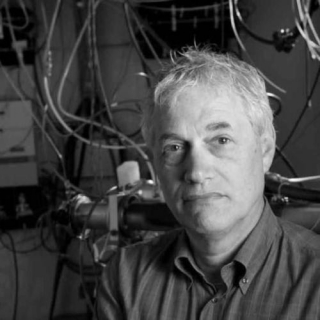 Jonathan Spicehandler, M.D. Distinguished Professor of Neuro Oncology, in the School of Medicine