Angels Among Us Takes Lead In Race For A Cure 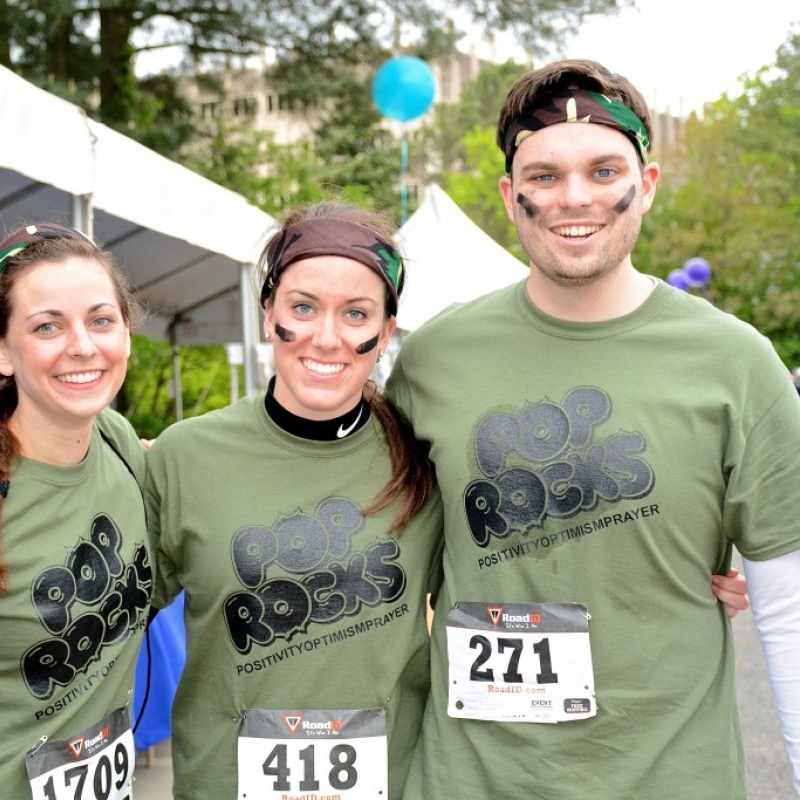 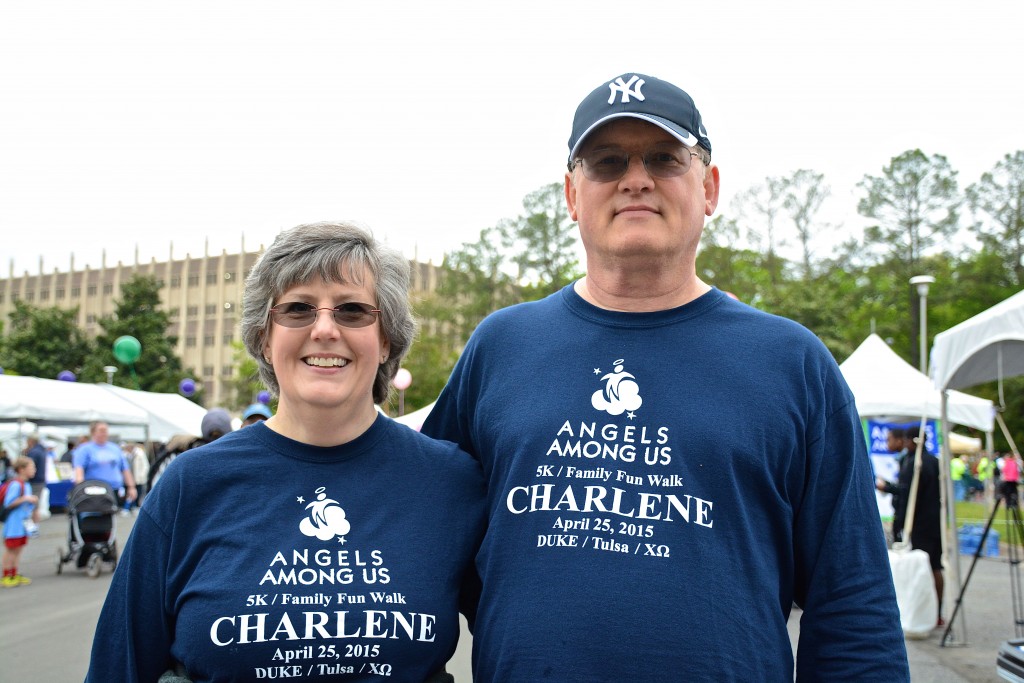 Margaret and Mark Groves enjoy the after run festivities at the 2015 Angels Among Us 5k.The 2015 Angels Among Us 5K and Family Fun Walk attracted over 4,000 participants Saturday, April 25. Kate Jacobs, 25, and her cousin, Stephanie Walton, 23, and boyfriend Nick Michel, 22, traveled from Marion, Ohio, to run in the benefit 5K.

"This is our third year participating," said Jacobs, whose fundraising team, Pop Rocks, has raise more than $40,000 to support scientific research conducted at The Preston Robert Tisch Brain Tumor Center. "The team has been going strong for eight years. We always look forward to coming out for Angels Among Us."

To date, Angels Among Us has raised $2.1, surpassing their $1.9 million goal. Last year's event also raised over $2 million. Since 1994 Angels Among Us has raised more than $16 million. Donations made through this event make up the largest source of unrestricted funds for the center, allowing for breakthrough discoveries and innovative therapies for Duke patients diagnosed with brain cancer.

"My husband is also from Tulsa, Oklahoma," said Margaret, a compliance officer at Duke University. "Who would have thought that a Chi Omega sorority sister from Tulsa would out to me for support and guidance when her loved one became ill? When I look back I am amazed at how everything came together to bring so many of us together in support of this cause."

Top teams include Courtney's Crew, having raised so far more than $125,000. Tony's Miracle Angels are in second place, raising over $100,000. Third place goes to team Gleeson, who to date has raised $100,000. Fundraising for Angels Among Us continues through the end of May. For more information or to donate to a team or individual, visit Angles Among Us. 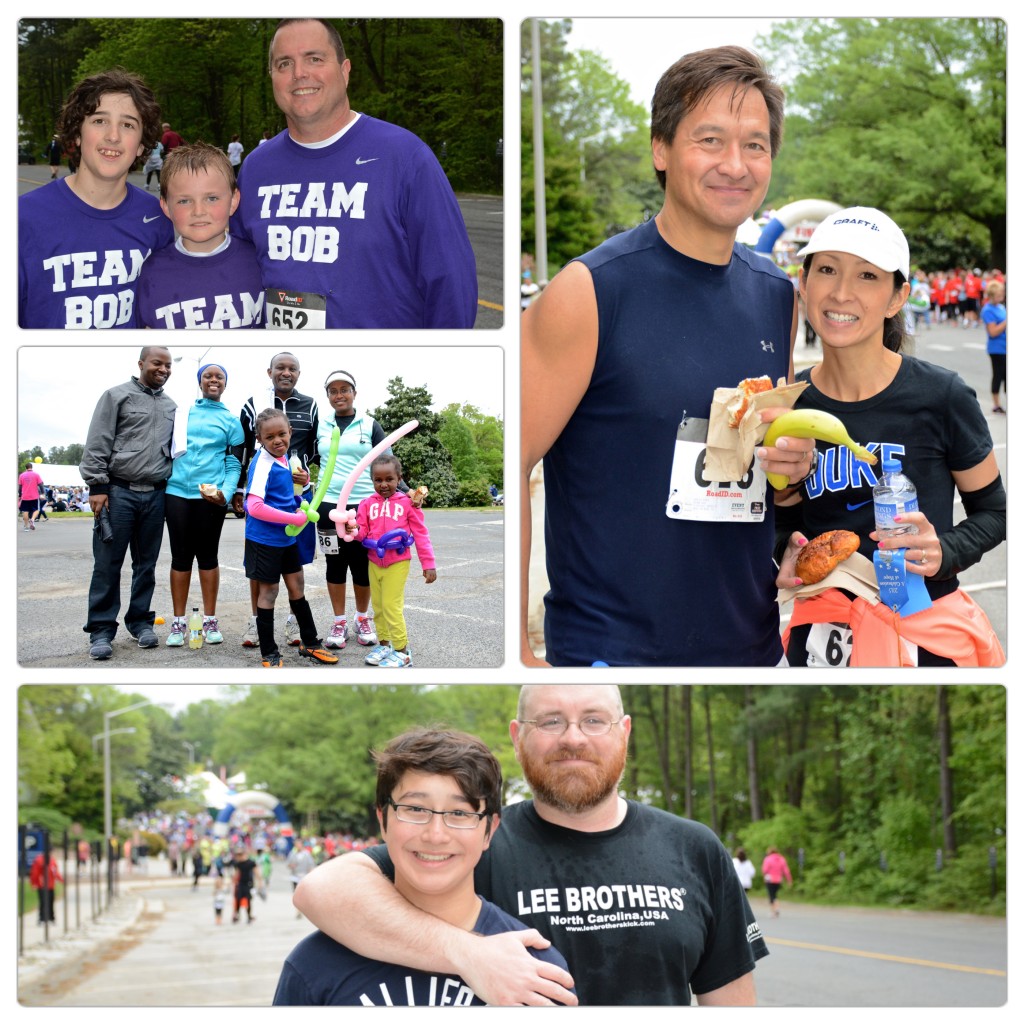 2. Dave and Sarah Park enjoy refreshments after running the 5K. The couple has been participating for 14 years on the fundraising team, Tommy's Head Cases. The team has raised $8,318 toward its $10,000 goal.

3. Stephen Kimani and his wife, Raha Manyara, pose with Charles Muiruri, wife, Angela, and their two daughters, Kate, 7, and Kacey, 4. Both families are natives of Kenya. Charles Muiruri works for Duke Global Health Institute. Kimono is a resident at Duke.

4. Marty Sullivan, 13, and his dad, Marcos, stop to pose just before crossing the finish line. The father and son reside in Gibsonville, North Carolina.