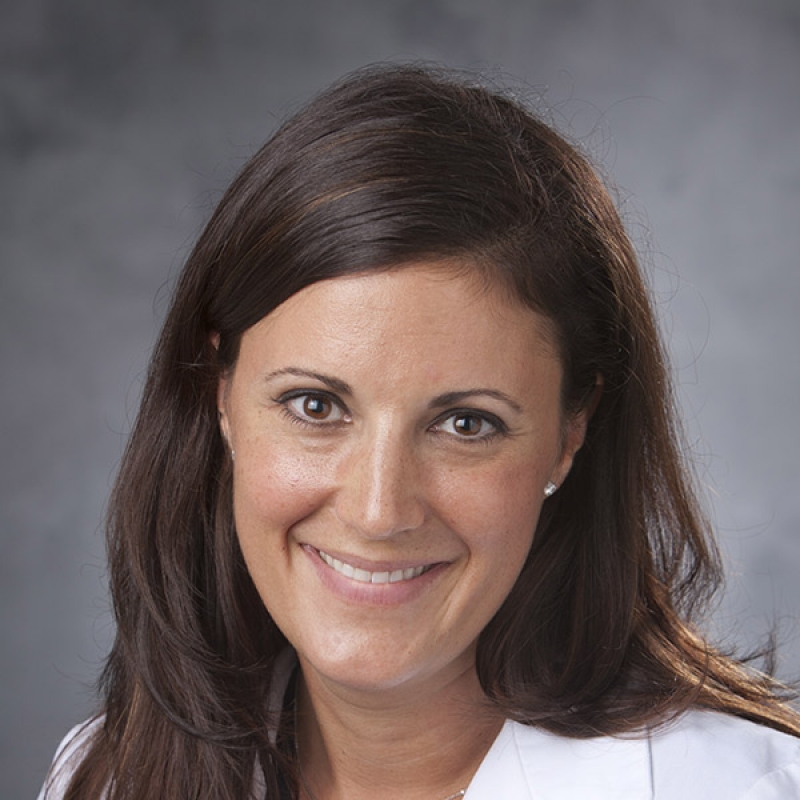 Even among well-educated women with health insurance coverage, a significant proportion said the costs of cancer treatment influenced the type of surgery they chose for breast cancer treatment, a study led by the Duke Cancer Institute found. 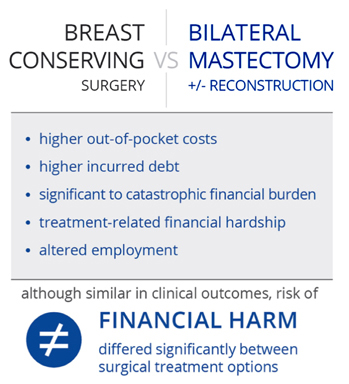 The finding, published online in the Journal of Oncology Practice, should help guide how physicians pose treatment options to their patients, particularly as surgical approaches often have similar outcomes, but could have different costs.

“Eligible women with early-stage breast cancer often have choices for surgical treatments that are equally effective and result in excellent cancer outcomes,” said lead author Rachel Greenup, MD, a surgeon at Duke Cancer Institute. “Surgeons often discuss the emotional and physical side-effects of treatment, yet we rarely discuss the costs.”

More than 600 women participated, and their demographic profile was substantially more affluent than the U.S. average: 90% were white, 70% had private health insurance, 25% had Medicare, 78% were college educated and 56% had household incomes above $74,000 a year.

Despite such advantages, a substantial proportion of the women (43%) reported that they considered costs when making breast cancer treatment decisions, and nearly a third said cost played a role in their surgical choice. For women whose household incomes were under $45,000 a year, costs of treatment were more important than keeping their breast or its appearance — two factors that are regularly discussed with women facing surgical choice.

“Women are weighing many factors when deciding what type of surgery is best for them, including their personal desire for breast preservation, options for reconstruction, recovery time, sexuality, appearance, demands for future surveillance, and their own peace of mind,” Greenup said.

“While other side effects of surgical choice are routinely discussed with their physicians, the potential for financial harm is not explicitly addressed, including both the out-of-pocket payments and lost productivity for patients and their families,” she said. “Our study suggests this should change.”

The study received support from a Building Interdisciplinary Research Careers in Women’s Health (BIRCWH) Career Development Award from the National Institutes of Health (K12HD043446-11) and the National Cancer Institute (P30-CA014236).

Rachel Greenup will be participating in a two-day TUNA relay run to the coast. Funds raised by Greenup and her team benefit the Pretty In Pink Foundation. Learn more.