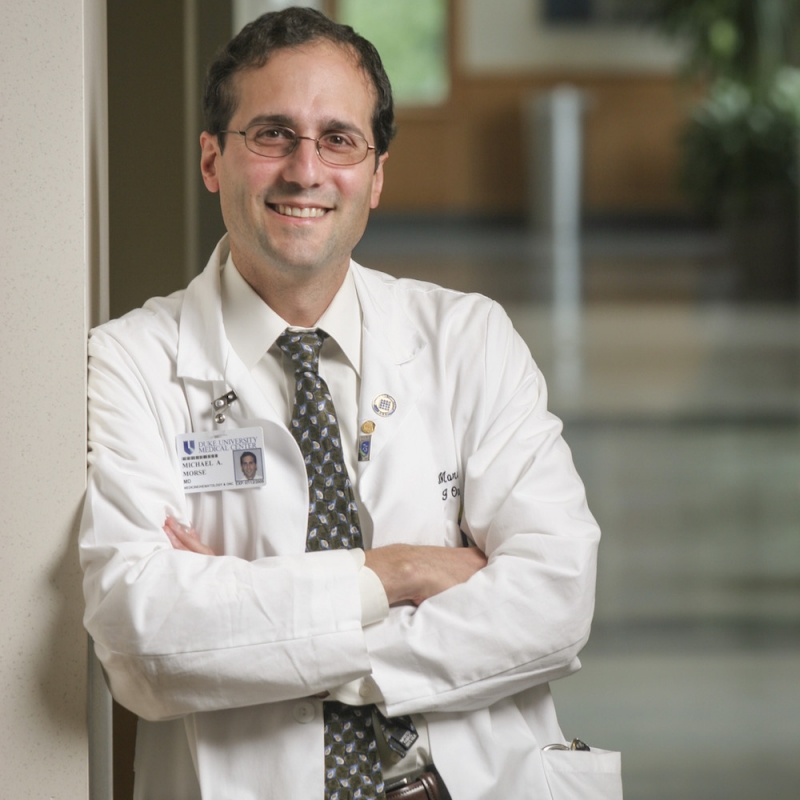 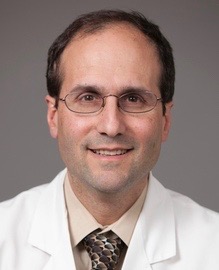 The treatment of colon cancer has improved considerably in the past decade, but there are many cases of colon cancer in which the available chemotherapies and biologic drugs have little effect. After years of research a team of Duke Cancer Institute investigators has uncovered a potential new therapy in an unexpected place.

Michael Morse, MD, FACP, MHS, H. Kim Lyerly, MD, and Wei Chen, PhD are testing a new application of an old drug — an anthelmintic commonly used to treat tapeworm infections overseas called niclosamide. They've just opened a proof-principle study of that drug’s effectiveness in battling colon cancer, and they’re approaching patients to participate. They have philanthropic support to start the study with four patients, and aim to expand that to 12 patients.

No longer used or distributed in the U.S. — there are better and more expensive drugs currently on the American market to treat tapeworm infections —  it took more than two years for the team to secure a supply from the drugmaker, Bayer.

Prior to surgery, those selected for the study will take a seven-day course of the chewable tablet. Following surgery, researchers will examine the resection specimen to see if there was an impact on the WNT-beta-catenin; signaling pathway. 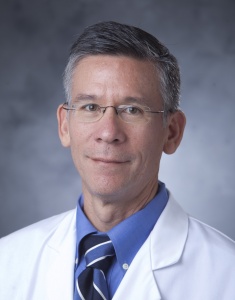 H. Kim Lyerly, MDMorse, Lyerly and Chen believe that niclosamide functions by causing a breakdown of key molecules in that pathway that are important for cancer cell growth and survival and that are found to be abnormally activated in more than 80 percent of colon cancers. Morse, the principal investigator on the study, said it's been very difficult to find drugs that can interfere with the WNT-beta-catenin signaling pathway.

What led Morse, Chen and Lyerly to speculate that the anti-tapeworm drug niclosamide might be potentially repurposed as an anti-cancer drug?

The group was, at the time, working on various kinds of modalities for screening certain pathways. 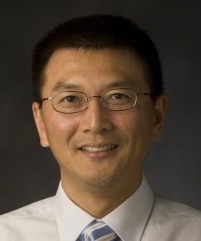 “Chen was screening the WNT/beta-catenin pathway and he was going through the commercially available library of all FDA-approved drugs, and niclosamide came up as a hit,” Morse said, “and then we did additional work to show it really does have anti-cancer activity and isn’t not just a non-specific toxin.”

Morse said they do expect to see scientific results.

“We saw an impact on this pathway in mouse models, and we expect we’ll see this in the colon cancers of people as well,” he said, adding that positive results could lead to the development of clinical trials down the road.

Morse doesn’t expect there will be any major safety issues for colon cancer patients taking niclosamide for the current scientific study.

“It’s quite safe and millions of people in other parts of the world have taken it for tapeworm infections without any special monitoring,” he said.

In wide use for years, the drug is on the World Health Organization's List of Essential Medicines and has minimal side-effects.