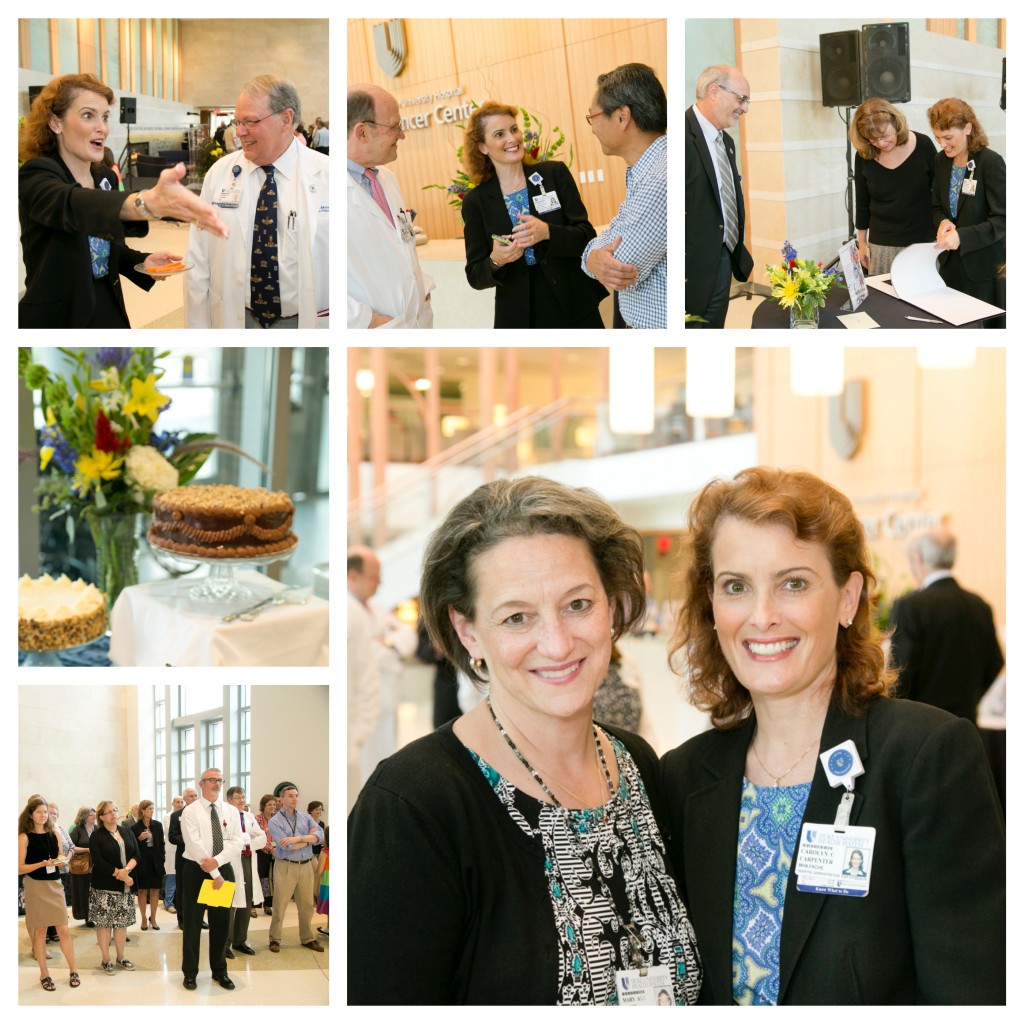 On Thursday, Aug. 28, the Duke Cancer Institute hosted a reception for former DCI administrator Carolyn Carpenter, thanking her for her outstanding leadership.

More than 120 faculty and staff attended, each offering his or her personal thanks for Carpenter’s exceptional service.

Before presenting an inscribed crystal vase, Michael Kastan, M.D., Ph.D., executive director of the DCI, took a moment to extend his heartfelt gratitude to Carpenter for her “extraordinary” contributions to the DCI and those it serves.

“Carolyn had a tremendous impact on thousands of patients treated at the Duke Cancer Center,” said Kastan. “She played a vital role in the design and operation of the cancer center. However, what she cared about most is our patients. Carolyn put the patients’ welfare at the forefront of every decision we made.”

Carpenter, who joined Duke in 1997 as a health administration fellow, went on to serve in cancer administration for more than 10 years. In 2010 Carpenter organized the integration of clinical and academic services to establish the Duke Cancer Institute. In her role as administrator and associate dean, Carpenter was responsible for all administrative functions within the DCI. She served as lead academic and clinical service line administrator.

“Carolyn has always believed we can build a better world,” said guest speaker Tracy Gosselin, Ph.D., R.N., A.O.C.N., associate chief nursing officer for Ambulatory Care and assistant vice president of the Duke Cancer Institute. “She believes in people, and she believes the best is to come.”

Other guest speakers included radiation oncologist Christopher Willett, M.D., who recited to Carpenter his own witty rendition of “If,” a 1910 poem by British Nobel laureate Rudyard Kipling.

“Carolyn was crucial in the formation of the Duke Cancer Institute,” continued Kastan. “You, Carolyn, are part of the heart and soul of the DCI and the entire institution.” 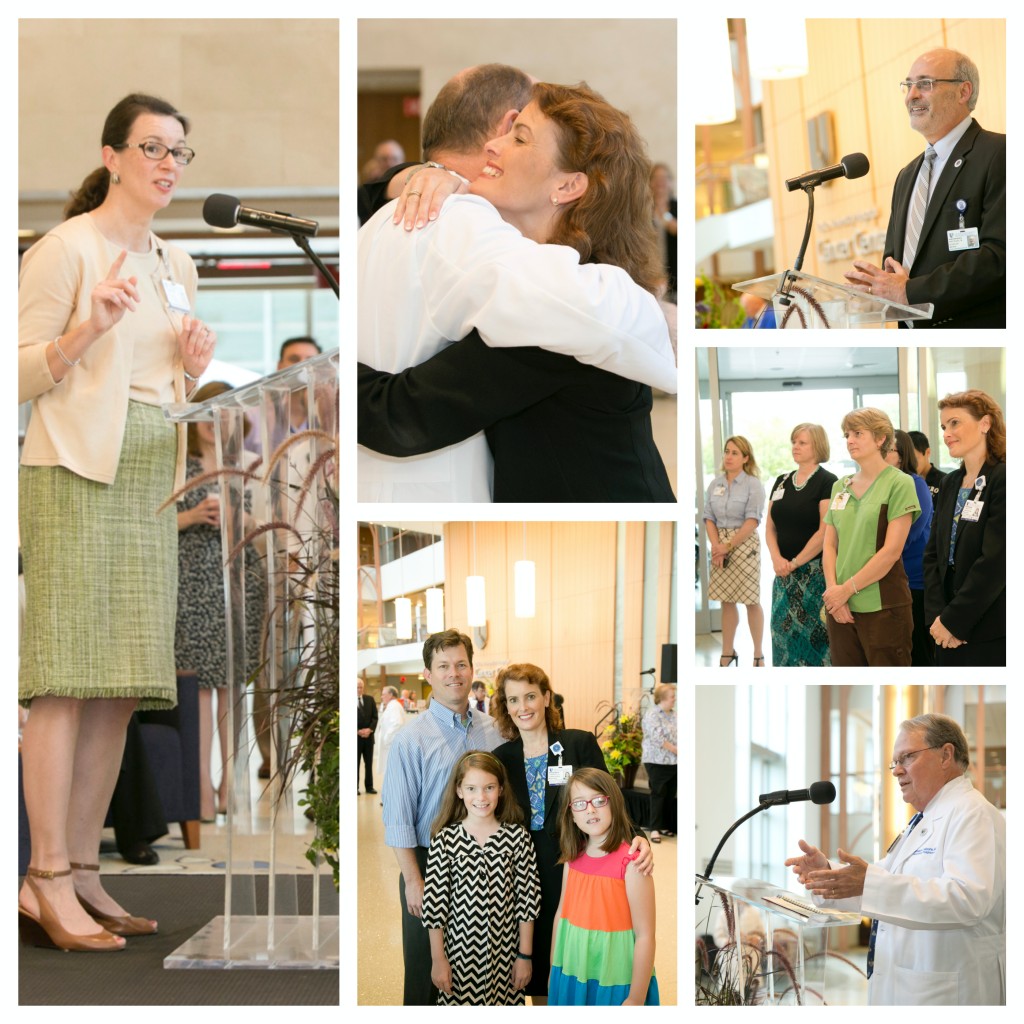