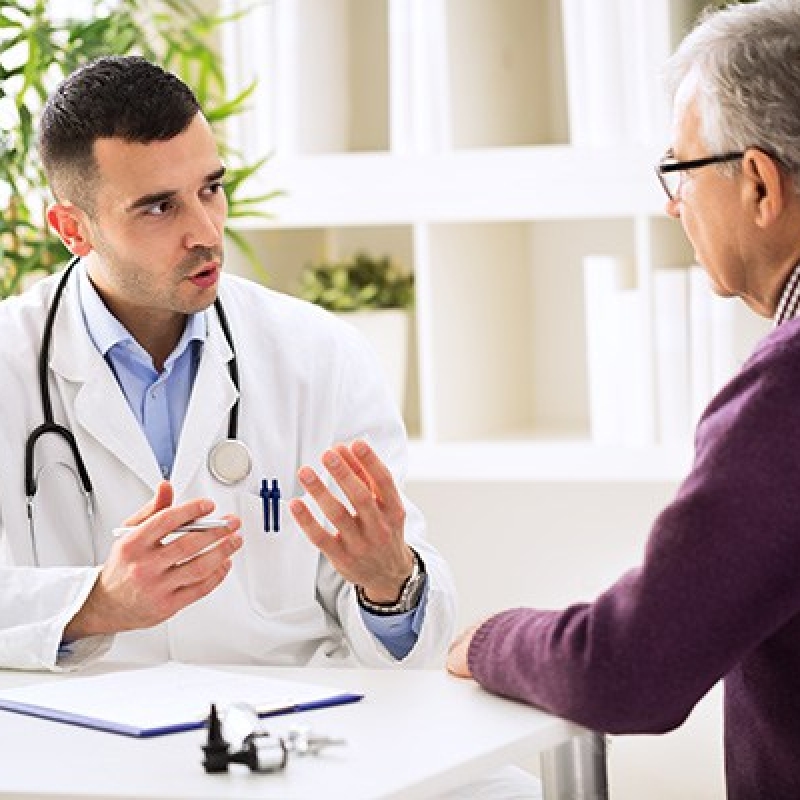 Shared decision-making in health care has been touted as a way to include patient preferences in treatment plans, better balance treatment risks and benefits, reduce disparities and improve health outcomes.

But how does it work in practice?

New research led by Karen Scherr, a Duke University medical and PhD student, Angela Fagerlin, professor and chair of the department of population sciences at the University of Utah, and Duke professor Dr. Peter Ubel suggests that for patients with low- to intermediate-risk prostate cancer, their preferences did not discernibly influence the treatment they received.

Instead, their urologists’ recommendation was the primary determinant of their treatment decisions. The study was published Wednesday in the journal Medical Decision Making’s online first edition.

“It was interesting to look at this group of patients, because treating prostate cancer involves a choice between surgery, radiation and active surveillance—all of which involve difficult trade-offs,” said Ubel, a physician and professor of business, public policy and medicine.

“We wanted to know if urologists were following current guidelines to consider patient preferences about treatment outcomes, including urinary, sexual and bowel function—and whether a discussion of preferences would influence the treatment that patients ultimately received.”

The team considered the type of decision aid used, clinical severity (prostate-specific antigen and Gleason Score, a measure of the cancer’s differentiation from normal tissue that indicates how likely it is a tumor will spread), and what treatment the patient received (through chart review). Patients were asked about their treatment preference, their interest in sex and their level of anxiety regarding a potential cancer diagnosis after receiving the decision aid, but before talking with the doctor.

Audio recordings of each patient’s appointment with a urologist allowed an assessment of the doctor’s recommendation for or against each treatment alternative and whether the doctor discussed sexual function and its importance to the patient, as well as the potential impact of treatment on sexual function.

“We found that patient anxiety about cancer and their interest in remaining sexually active—which might cause them to choose active treatment or active surveillance, respectively—did not predict the treatment they ultimately received. Instead, their treatment decisions were primarily determined by their urologists’ recommendations,” Ubel said.

“Patients listen to their doctors when deciding between treatment options, but doctors may not ask their patients what they care about. Physicians are making recommendations based on the medical facts and assumptions about their patients’ concerns -- in the majority of cases without having a discussion with the patient,” she added.

This story is also online at https://healthpolicy.duke.edu/news/doctors-recommendations-trump-patient-preferences-prostate-cancer-treatment.