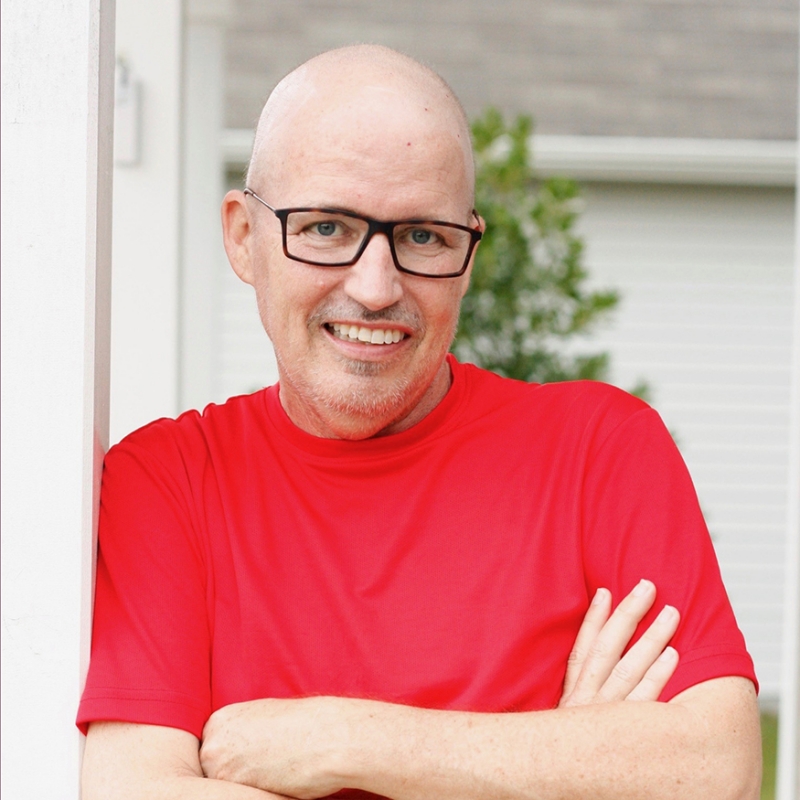 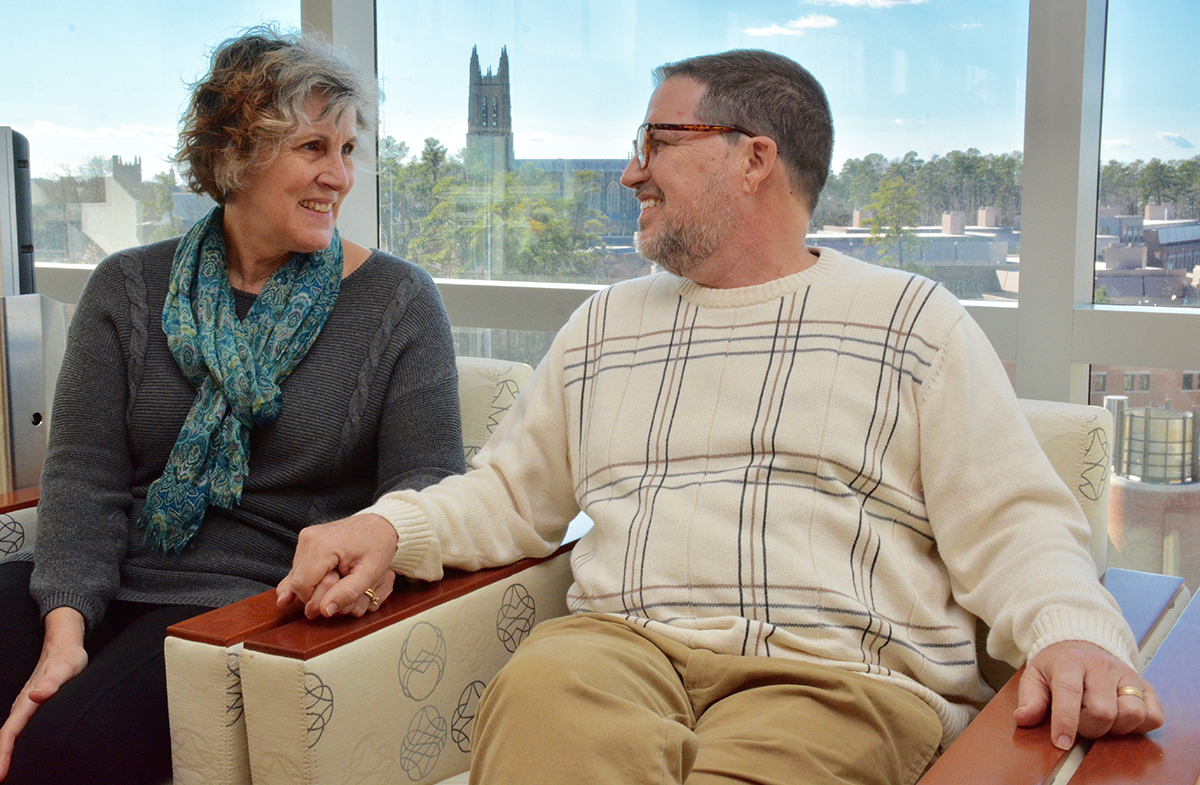 Rev. Greg Ryan and his wife, Terry, take a moment to count their blessings after a recent check-up with Duke oncologist Thomas LeBlanc, MD. Following a daunting bout with acute myeloid leukemia, Greg is now in remission.Celebrating their 18th wedding anniversary, in May 2016 Greg Ryan and his wife, Terry, took off for a dream vacation to Kauai, a Hawaiian island boasting a tropical rainforest, towering cliffs and breathtaking waterfalls. While travel guides promised the legends of the Na Pali Coast would transport the couple back in time, Greg’s only transport turned out to be an emergency medivac flight straight to Duke Medical Center.

“It all started shortly after we arrived in Hawaii,” said Greg, 53, a pastor at a local church in Suffolk, Virginia. “I took off for my morning run — a short three-mile run. No big deal. I run marathons. However, this day I found myself running out of breath. I had to stop and walk three times. I was utterly exhausted by the time I got back to our room.”

When the excruciating fatigue did not subside, Greg and Terry visited a nearby urgent care center. Tests revealed Greg’s white blood cells were elevated. A doctor put him on strong antibiotics. However, Greg’s condition went from serious to critical. Finally, he had to be flown by helicopter to Honolulu where doctors immediately put him in a medically induced coma.

“I have very few recollections prior to being transferred to Honolulu,” Greg said. “However, sensing my condition was grave, I remember telling Terry, ‘Please get me to Duke.’”

Doctors in Honolulu diagnosed Greg with acute myeloid leukemia (AML), the most common type of acute leukemia in adults. Acute myeloid leukemia is a cancer that begins in bone marrow and results in high numbers of abnormal white blood cells. Although doctors wanted to begin treatment immediately, Terry insisted that Greg be transported to Duke Cancer Center where he could receive the “best cancer care in the world." 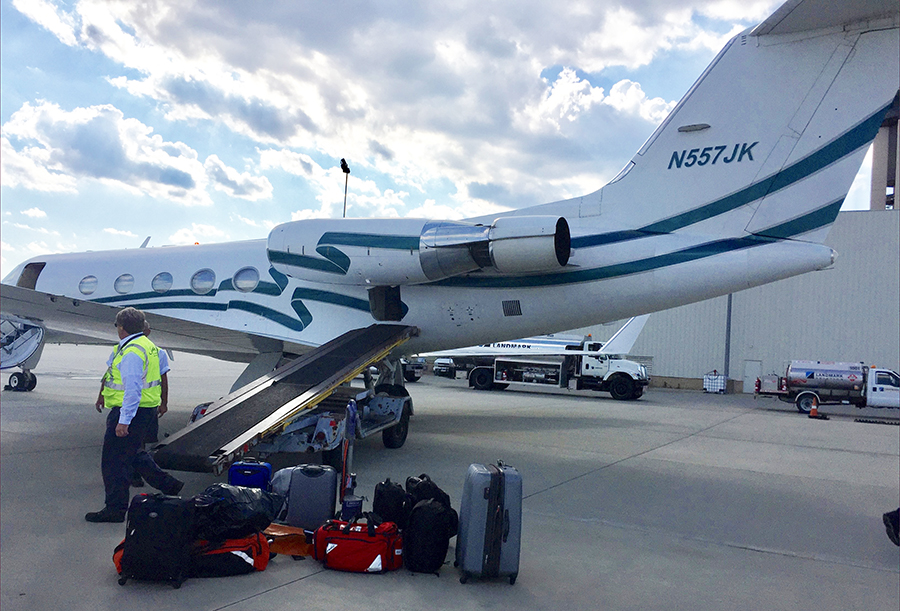 Diagnosed with leukemia while on holiday in Hawaii, Greg and Terry chose to medivac to Duke Cancer Center for treatment. The emergency flight was more than $95,000.

“Greg was critically ill and on a ventilator when he arrived at Duke,” said medical oncologist Thomas LeBlanc, Greg’s hematologic specialist. “He was sent immediately to medical intensive care (ICU). His white blood cell count was so high, 193,000, the cells were actually clogging up his blood vessels and lungs — a condition we call leukostasis.”

Leukostasis can be a fatal complication of leukemia. It is characterized by abnormal white blood cell aggregation and clumping. The brain and lungs are the two organs most often affected.

Greg’s team of specialists quickly started leukapheresis, a procedure in which leukemia cells are separated, or filtered out from the blood. Once separated, the blood is returned to the circulatory system. Leukapheresis is performed to decrease a very high white blood cell count. It can also be performed for other reasons, such as to obtain a patient’s own blood cells for later transplant back into the patient or to acquire cells for research purposes. After the leukapheresis, Greg received a week of continuous intravenous chemotherapy known as induction chemotherapy.

“Induction chemotherapy is a pretty intense treatment,” said LeBlanc, also an investigator whose research interests focus on patients’ experiences with symptoms and side effects from treatments. “We only give it in the hospital, and it really wipes out the immune system and the blood cells, such that patients like Greg have to spend about a month in the hospital, and have frequent issues with infections and difficult symptoms, as well as the need for frequent blood transfusions and platelet transfusions. It’s tough, but it yields the best chance at getting a leukemia like this into remission.”

When Greg regained consciousness, he could not walk or talk. That’s when the anger set in.

“I had to relearn everything — eating, drinking, walking and talking,” said Greg, who has undergone multiple rounds of chemotherapy and also setbacks, including a bout of pneumonia and a blood infection. “Like many, I asked God, ‘Why me? How could you let this happen?’ It took a day or two for me to settle down. I knew anger wasn’t going to do me any good. My faith has always seen me through the ups and downs of life. It would, of course, see me through this also.”

Greg decided to take one day at a time. B 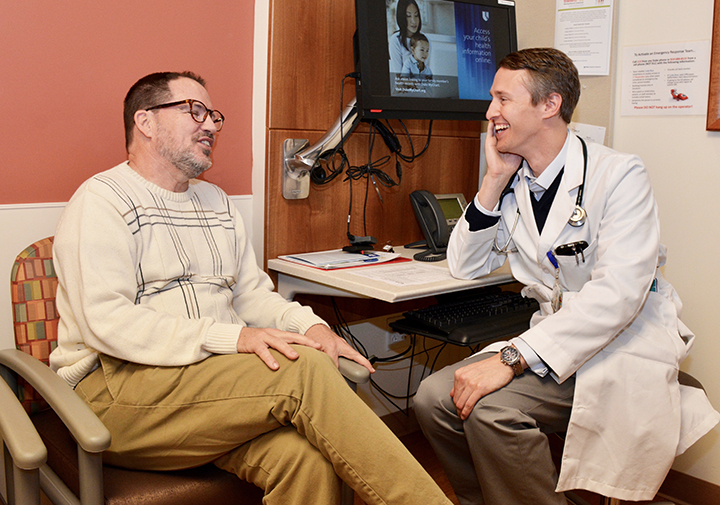 Medical oncologist Thomas LeBlanc, MD, shares a moment of levity with his patient Greg, now a cancer survivor.y early July, his blood tests were coming back clear. He slowly began to regain some strength and was able to move about with the assistance of a walker.

Eventually, in August, Greg was allowed to go home, returning to Duke often for additional rounds of chemotherapy and lab tests.

“I wake up every day and think to myself, ‘It only gets better,’” he said. “The doctors at Duke saved my life. They are experts at what they do. And, having an entire team of specialized oncologists is the key. I am forever grateful to them all.”

Greg’s 4,699-mile flight from Honolulu to Raleigh did not qualify for an economy rate. In fact, not one penny of the $95,000 transport was covered by insurance. However, his faith and his God did not fail him. Along with the couple’s family, dedicated members of Oakland Christian Church rallied, hosting fundraisers and launching a GoFundMe page. In less than three months they had raised the entire cost of his flight.

Although still recuperating, Greg’s prognosis is excellent. Fortunately, his leukemia is likely to be cured with the chemotherapy he has already received. According to LeBlanc, Greg is in complete remission and can expect a full return to health.

“I wouldn’t be here without the support and prayers of people at home and around the world,” said Greg, who is currently planning his return to the pulpit. “And I wouldn’t be here if it were not for Duke where I received the best care possible.”

UPDATE: Since this story was published, Greg Ryan experienced a relapse of his leukemia. “This was quite unexpected since he had what we consider to be a ‘good risk’ version of AML, so we did some additional ‘tumor profiling’ to better understand why the relapse might have occurred,” said his medical oncologist Thomas LeBlanc, MD. “We found that Greg’s leukemia cells have changed quite significantly from the time when he was first diagnosed. It appears that they now harbor an abnormality called the ‘FLT3 mutation,’ which wasn’t there initially. We know that this condition makes it more likely for a leukemia to relapse.” As an inpatient, Greg is now receiving high-dose chemotherapy. Doctors hope this will enable his cancer to go back into remission. Since the leukemia is likely to recur again without more intensive therapy, a stem cell transplant is often the next step.

In His Own Words