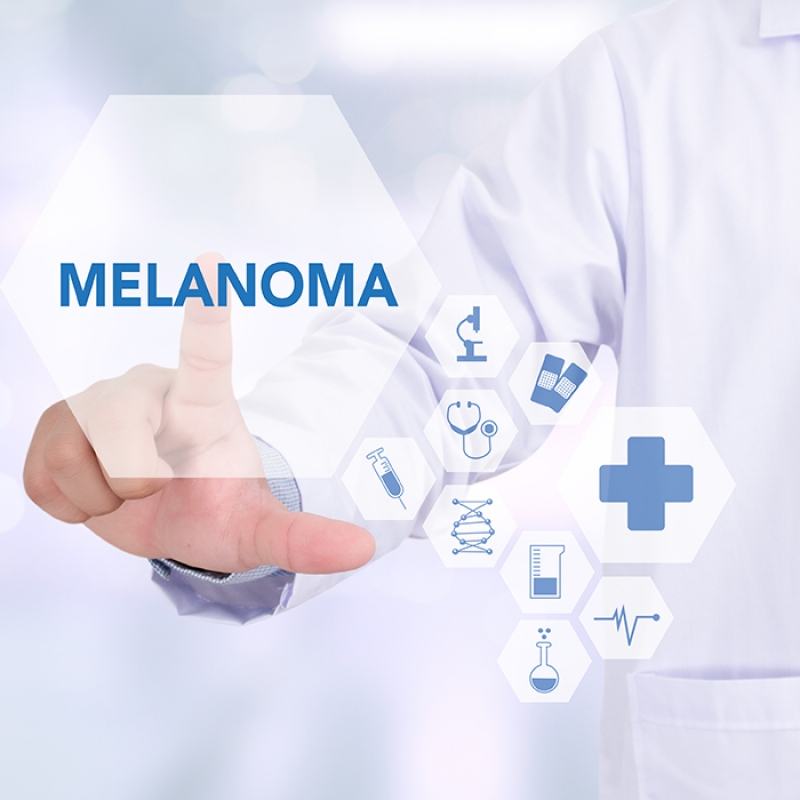 While immunotherapy has substantially improved outcomes for many patients, the majority do not benefit.

Currently available immunotherapies — treatments designed to boost the immune system’s ability to kill cancer — in most cases either don’t work at all, or work, then stop working. The various mechanisms driving why this happens are not fully understood.

Led by Brent Hanks, MD, PhD, The Hanks Lab at Duke Cancer Institute, is directed at figuring out why this “immunotherapy resistance” is happening.

They’ve published extensively on how certain biochemical and metabolic pathways, within the tumor microenvironment, are able to evade or resist these immunotherapies. Their goal is to eventually develop new drugs or deploy existing ones to overcome this resistance. (Learn More: "Overcoming Resistance")

The lab’s latest study — A Tumor-intrinsic PD-L1-NLRP3 Inflammasome Signaling Pathway Drives Resistance to Anti-PD-1 Immunotherapy — was published in the Journal of Clinical Investigation on April 13. Balamayooran Theivanthiran, PhD, with the Hanks Lab, is the first author and Hanks is the corresponding author on this study, which was conducted in collaboration with The Nixon Lab, other DCI colleagues, two investigators with Vanderbilt University Medical Center and a researcher with Lineberger Comprehensive Cancer Center.

By conducting laboratory experiments on cells in culture as well as in mouse models, and by analyzing human tumor tissue and plasma from patients undergoing immunotherapy, the team found a signaling pathway within melanoma and other types of cancer that thwarts the functioning of anti-PD-1 checkpoint inhibitors (a particular kind of immunotherapy).

Immune checkpoints, in general, are mechanisms that keep the immune system in balance — preventing the body’s immune system from attacking healthy tissue, which can be exploited by cancer. Cancer cells, like healthy cells, have PD-L1 proteins on their surface that interact with a protein called PD-1 on the immune system’s T cells and tell them not to attack. They’re supposed to block this process on T cells, so that the cancer cells do come under attack.

However, in melanoma, where these checkpoint inhibitors are more commonly used, only about 40% of patients will have a positive response to these therapies. Some of those patients’ tumors will develop resistance to treatment. This is called adaptive, or secondary resistance.

Anti-PD-1 immunotherapies like nivolumab and pembrolizumab, are also often used in the treatment of lung and kidney cancer, and several other types of malignancies.

In the aforementioned Journal of Clinical Investigation study, the team detailed just how the PD-L1-NLRP3 inflammasome signaling pathway drives resistance to anti-PD-1 immunotherapy.

The team demonstrated that a PD-L1-NLRP3 inflammasome signaling pathway leads to a build-up of immune-suppressing cells called myeloid-derived suppressor cells (MDSC) in tumors. They described this mechanism in mice and in human patients that had developed adaptive resistance to anti-PD-1 therapy, and in cancer models of lung and kidney cancer as well. Like immune checkpoints, this is yet another way cancers use normal immune suppressing responses to their advantage, as the MDSCs promote tumor growth and evasion of the immune system.

“MDSCs are recruited by the tumor to suppress T cell responses and have been associated with lack of response to checkpoint inhibition, though just how recruitment is triggered by the tumor and how MDSCs interfere with immunotherapy is unclear,” said DeVito. “Altogether these data indicate an adaptive mechanism of anti-PD-1 resistance, where tumor cell pyroptosis (a form of tumor cell death) leads to MDSC recruitment through a PD-L1-NLRP3-dependent signaling cascade.”

“To put it in more basic terms,” DeVito explained, “when tumors undergo a specific type of cell death in response to immune attack after immunotherapy, they defend themselves by recruiting suppressive immune cells – allowing the tumor to continue to grow. Once this pathway of immunotherapy resistance was blocked through the inhibition of NLRP3, the recruitment of suppressive cells was stopped and the melanoma tumors responded to immunotherapy once again; i.e the immunotherapy was able to do it’s cancer-killing job.”

“This is a promising target for translational research,” said Hanks. “We hope to combine, in a future clinical trial, the inhibition of NLRP3 with anti-PD-1 immunotherapy for patients with advanced stage melanoma and other cancers.”

The study received support from the Ross Bierkan Melanoma Fund,as well as funding from a National Institutes of Health K08 grant, the Melanoma Research Alliance, Merck, and AstraZeneca.