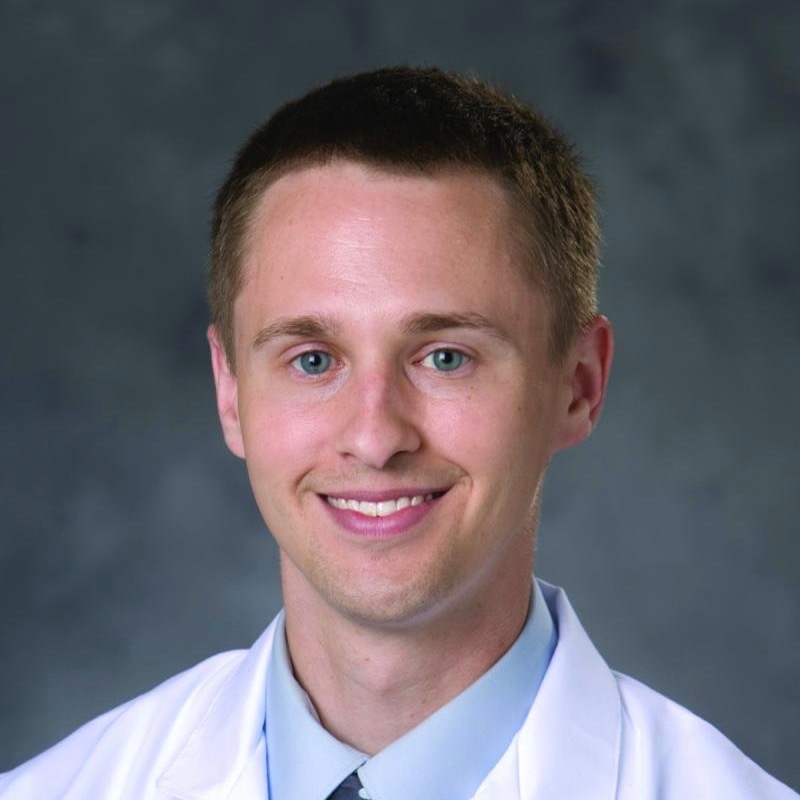 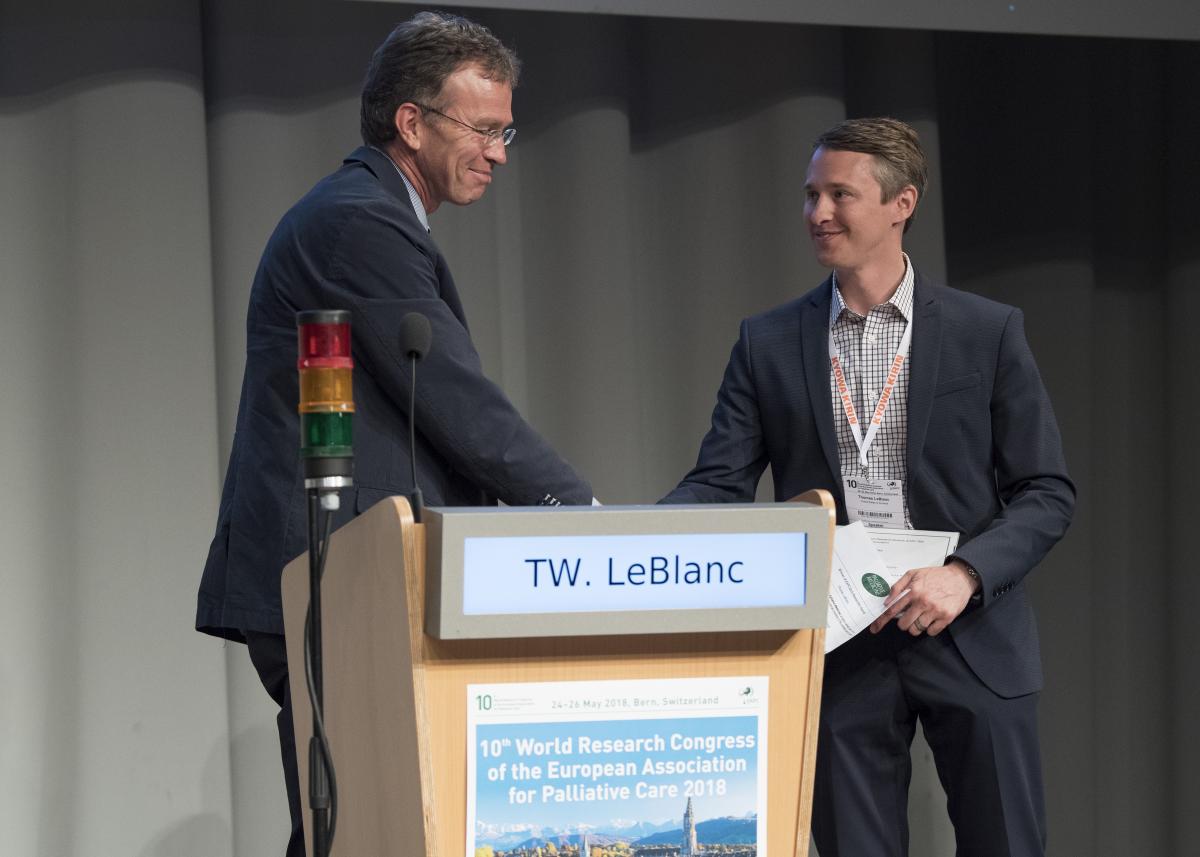 The European Association for Palliative Care is a membership organization dedicated to the promotion and development of palliative care throughout Europe and beyond. Criteria for the award included being a PhD or MD involved in clinical work and research with a strongly documented interest and skills in palliative care research.

The award was presented at the EAPC’s annual World Research Congress, held in Bern, Switzerland, this May, and came with the opportunity to deliver one of the meeting’s opening plenary lectures. LeBlanc presented his talk on “Integrating palliative care aside curative treatment in hemato-oncological diseases.”

LeBlanc noted, in his lecture abstract, that patients with blood cancers are much less likely to receive palliative care services, as compared to those with solid tumors, even though blood cancer patients appear to have similar palliative care needs, including “a marked symptom burden, and significant psychological distress.”

He said that at Duke University Hospital, a co-rounding model (palliative care practitioners rounding with oncologists) has already been put into place on the 9300 wing where patients with solid tumors are treated. With his ongoing research, Leblanc is developing the case for doing something similar for blood cancers — at Duke and beyond — citing that “those with hematologic malignancies are more likely to die in the hospital, receive chemotherapy in the last two weeks of life, or spend time in an intensive care unit at end of life.”

“To me, this award from the EAPC signals that we're on the right track in trying to integrate palliative care into blood cancer care, and that the world is ready to hear this important message,” he said. “I never thought I would receive such positive feedback about these issues so early on in my career, given how much resistance there's been to the idea historically.”