Local 5K Does Its Part to Strike Out Sarcoma 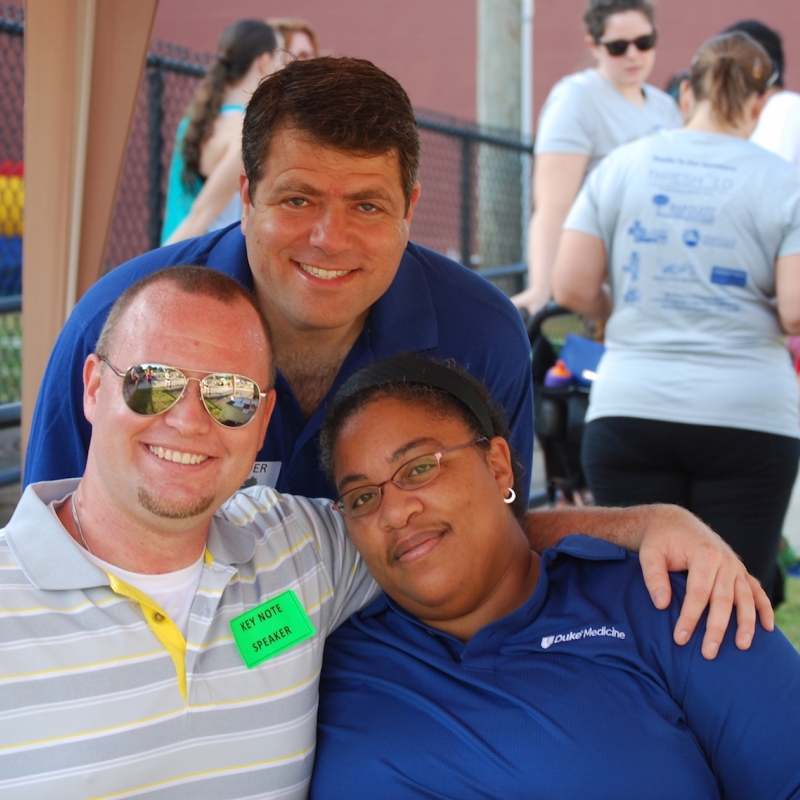 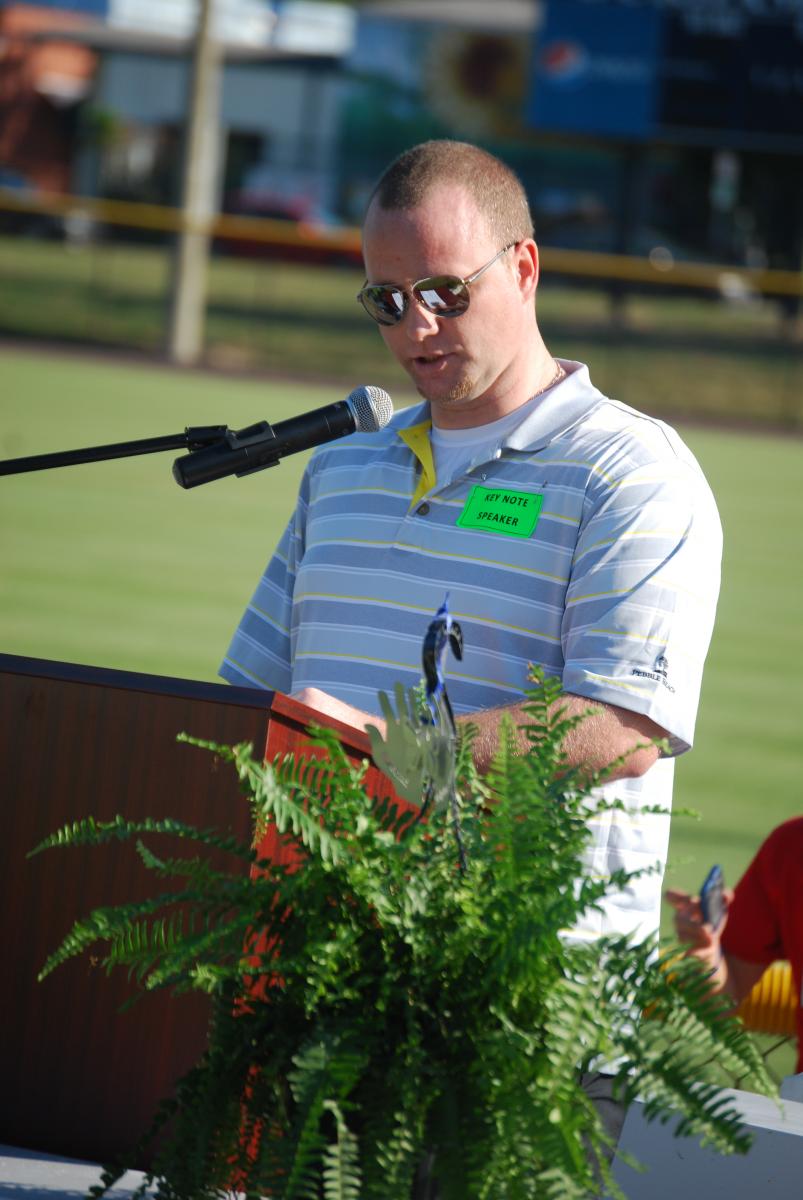 In early 2014 Lail, 32, was referred to the Duke Cancer Institute. After performing an MRI of his entire right side, Lail's cancer specialists found the cancer had metastasized to Lail’s right lung. In May 2014, Lail lost his arm, along with his shoulder blade and clavicle. Thoracic surgeon Thomas D’Amico, MD, also removed three nodules from Lail’s lung. Since then, Lail has partnered to raise awareness about the disease.More than 300 people attended the annual Strike Out for Sarcoma 5K and Family Fun Walk on Saturday, June 13, at the Durham Athletic Park in Durham, North Carolina.

“The Strike Out for Sarcoma event was a huge success,” said David Kirsch, PhD, professor for the Departments of Radiation Oncology and Pharmacology and Cancer Biology. “We raised more than $45,500, which will help support sarcoma research at Duke.”

Sarcomas are a diverse but rare form of cancer developing in cartilage, fat, muscle, fibrous tissue, blood vessels and other connective or supportive tissues of the body. In 2014 there were approximately 12,000 cases of soft tissue sarcomas and 3,000 cases of bone sarcomas diagnosed in the U.S.

Brandon Lail, 32, served as this year’s keynote speaker. Lail had his right arm amputated, along with his shoulder blade and clavicle as a result of chondrosarcoma, an uncommon form of cancer that grows in the cartilage between joints.

“I was honored to be one of the keynote speakers,” said the Hickory native. “I'm very thankful that the organizers thought I would be worthy to be a voice for people that are battling this disease. I'll do anything I can to raise awareness for others in this fight. It is events such as this one that keep science moving forward, so that someday we can strike out sarcoma.”

Proceeds from Strike Out for Sarcoma benefit the Duke Multidisciplinary Sarcoma Research Program. To date, the event has raised $162,000 over its six-year history.

“Strike Out for Sarcoma provides a wonderful opportunity to bring patients, families, providers and staff together to celebrate sarcoma survivors, and honor and remember those who are no longer with us,” said Richard Riedel, MD, medical oncologist and associate professor of Medicine. “The event additionally raises awareness for this very rare group of cancers. It is absolutely amazing to see the efforts our patients and families will go through in raising money to support our program. It is tremendously inspiring.”

Fundraising continues through July. For more information or to donate, visit Strike Out for Sarcoma.