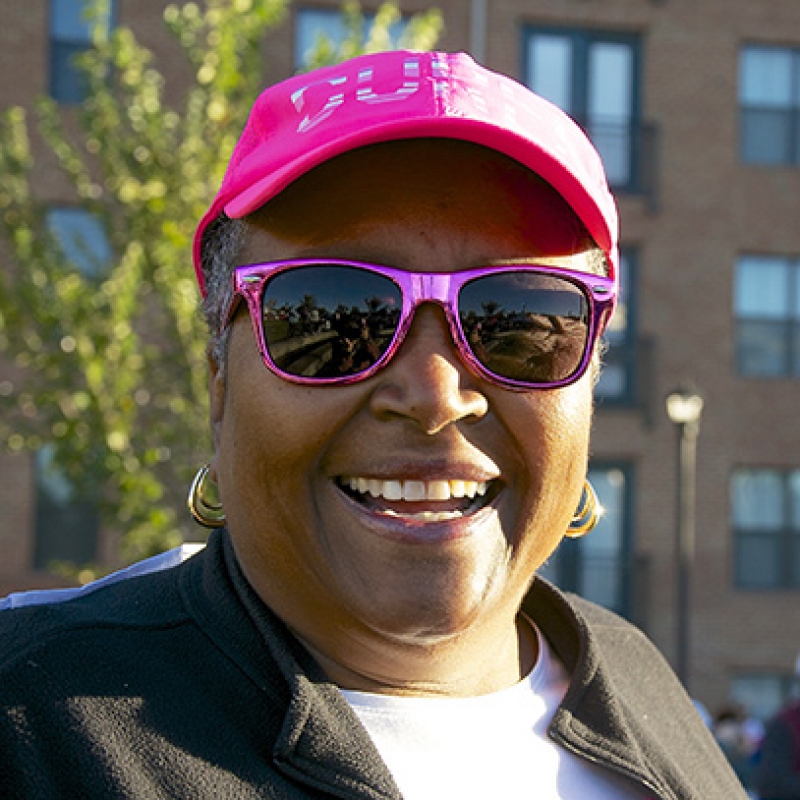 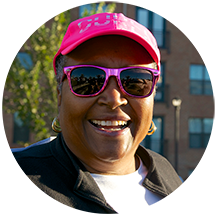 Ann Smith, Raleigh, was team DCI’s top fundraiser in 2015.For a third year Duke Cancer Institute has teamed up with the American Cancer Society to serve as local presenting sponsor at the charity's 10th Annual Making Strides Against Breast Cancer walk. Last year’s event raised more than $289,000 to support the fight against breast cancer. This year, organizers hope to raise $350,000.

“The American Cancer Society has long supported Duke Cancer Institute through its patient programs and research grants,” says Tina Piccirilli, who oversees DCI health charity partnerships. “The ACS is currently providing more than $9 million in active research grants at Duke, and also supports our patients and their caregivers through its Road To Recovery program, patient lodging program and others.” 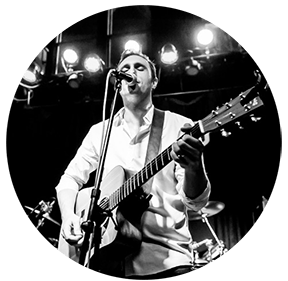 Duke Raleigh Hospital nurse Daniel Nickels, RN, is also teaming up with the American Cancer Society to perform at this year's Making Strides walk event. Nickels, whose aunt lost her battle with breast cancer, will release his debut album this coming fall.