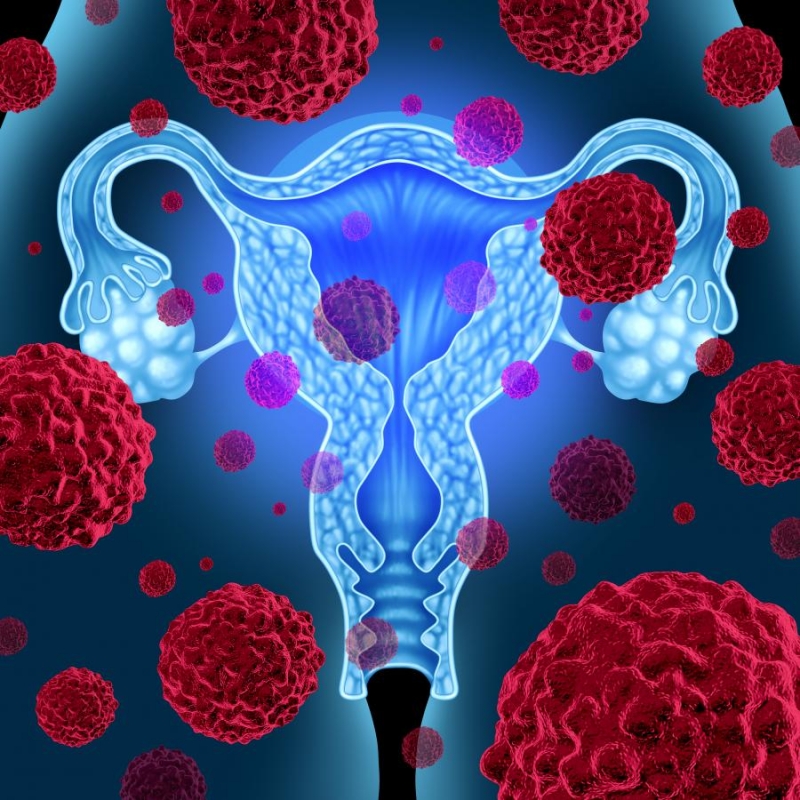 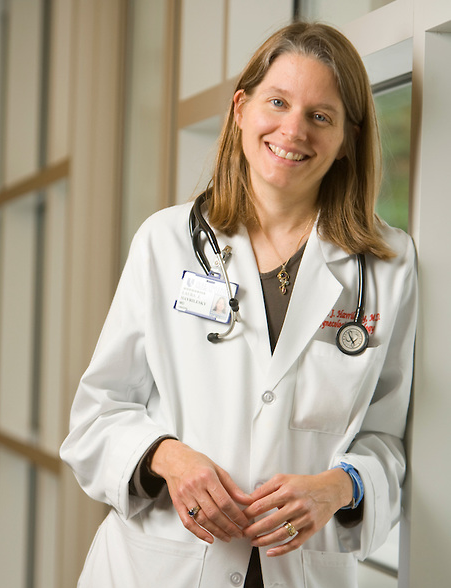 Laura Havrilesky, MD, MHScA group of Duke Cancer Institute gynecologic oncology researchers has published a new paper this month with their projections on the cost-effectiveness of ovarian cancer screening in the U.S., based on their analysis of published results of the UK Collaborative Trial of Ovarian Cancer Screening (UKCTOCS).

The DCI group used statistical modeling to tailor the UKCTOCS results — that had concluded that screening might eventually be able to save lives in the U.K — to a U.S. population.

“Ours is the first study to look at the cost-effectiveness implications of screening using the UKCTOCS algorithm in the U.S., where the rate of developing ovarian cancer is about 1.4 percent over a lifetime,” said senior author Laura Havrilesky, MD, MHSc. “Our conclusion is that if proven effective, a screening test would also be potentially cost-effective in the U.S. We found that multimodal screening with serum CA-125, could reduce mortality by 15% (as was found in the U.K. study) with an ICER ranging from $106,187 to $155,256.”

An ICER is how much society or the payer (such as Medicare or insurance carriers) has to pay to achieve one additional year of life for one patient. In the U.S., Havrilesky explained, ICERs that are less than $150,000 are considered “potentially cost-effective,” though no-one in the U.S. withholds care based solely on cost-effectiveness. In some other countries, including the UK, new tests and treatments may not be offered within their national healthcare systems unless the ICER is lower than a benchmark number. She said that “highly cost-effective” measures should have an ICER under $100,000.

The findings were published online on December 7 in JAMA Oncology.

The U.K.-based randomized controlled trial (UKCTOCS) recruited more than 200,000 postmenopausal women aged 50 to 74, between 2001 and 2005 from centers throughout the U.K. who had no previous bilateral oophorectomy or ovarian malignancy, no increased risk of familial ovarian cancer and no active non-ovarian cancer.

Multimodal screening (MMS) in the trial consisted of a CA-125 blood test performed annually. If the value was abnormal or borderline, a pelvic ultrasound or repeat CA-125 test done sooner was performed. Abnormal ultrasounds resulted in referral to a gynecologic oncologist.

Havrilesky explained that while the observed effect of the multimodal screening on lowering ovarian cancer deaths was not found to be statistically significant in the U.K. trial, U.K. investigators noted that the effects of screening on cancer deaths improved over time. While those investigators projected out 40 years, there’s only been 11 years of follow-up on average so far.

“The biggest limitation of the U.K. study is the current uncertainty around the mortality projections made by the investigators,” said Havrilesky. “Cancer screening program studies require many years of follow up to judge their effectiveness, with screening effectiveness judged by comparing cancer deaths between women who undergo screening and those who don’t. Screening is not yet being recommended to all postmenopausal women. If the next UKCTOCS analysis (in 2019) achieves a significant level of reducing ovarian cancer deaths, guidelines and recommendations for ovarian cancer screening may change.”

“This means based on the best evidence the harms of screening women outweigh the benefits,” said Havrilesky.

“The specific harms of screening are the additional surgeries that need to be performed to find a case of ovarian cancer, and the potential complications from these surgeries,” said Havrilesky.

Moving forward, Havrilesky said her team “would like to perform a more robust cost-effectiveness analysis that would not depend on the previously modeled projections of mortality, but would rather simulate screening and deaths independently based on what we know about how ovarian cancer develops and grows.”

“We would also like to perform studies of women’s preferences for the harms and benefits of both screening and newer preventive methods for reducing ovarian cancer deaths,” she continued. “In two years, when the next UKCTOCS results come out, we may be able to do another formal assessment that could help guide policy in terms of whether ovarian cancer screening adds value to the care of postmenopausal women.”