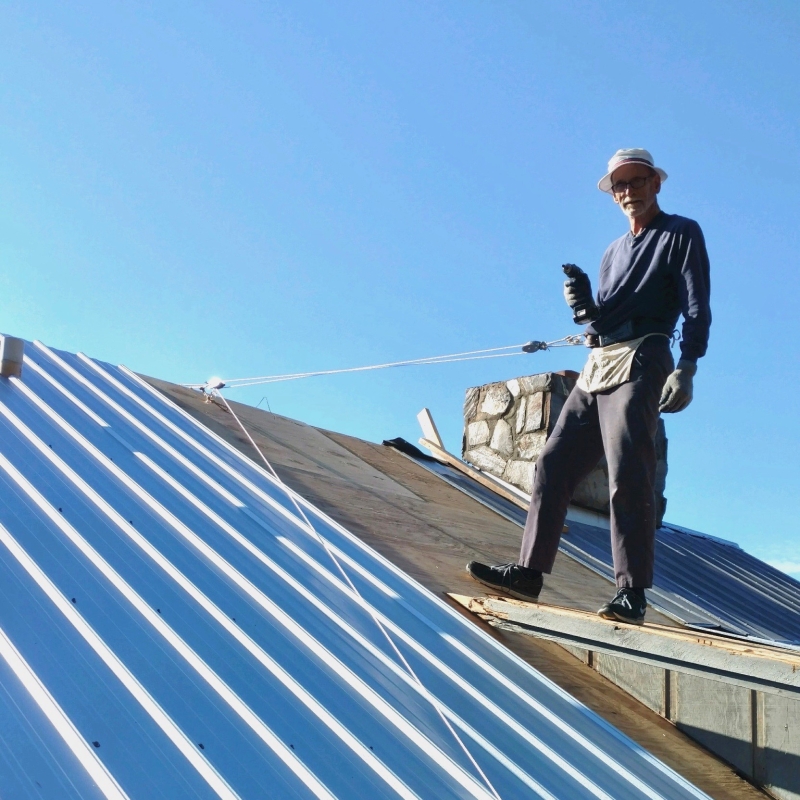 Tom Dinwiddie, 69, was featured in the Journal of Gastrointestinal Cancer four years ago for having survived 30 months past an end-stage cancer diagnosis. He’s now lived nearly six years with no evidence of recurrent or metastatic disease.

Just after Thanksgiving last year, he made a special trip to Duke Cancer Center to share his story, explaining that it was his “moral obligation” to get the word out.

“In 10 months, I went from incurable to cured,” Dinwiddie said. “I've come back every year since. I’m not giving up these appointments.”

It was on April 2, 2012, that Dinwiddie’s local gastroenterologist in High Point, North Carolina, diagnosed him with metastatic stage 4 poorly differentiated neuroendocrine carcinoma of the pancreas.  A CT scan had revealed a 5-centimeter mass in the head of his pancreas and multiple tumors in his liver. A biopsy confirmed it was cancer.

His gastroenterologist said nothing could be done and he only had a couple months to live.

“When you hear the words it’s like getting hit upside the head with a brick,” said Dinwiddie, his voice trembling. “I cried myself to sleep.”

The next morning Dinwiddie told his wife Diane that he wasn’t going to “lay here and wait to die.”

“I was fighting mad,” recalled Dinwiddie. “I called the doctor back and said, “Look, if this was five years from now there would probably be a cure. Can you help me find a doctor who can keep me alive for five years? That’s my goal.”

Six weeks after the initial CT scan, a staging PET-CT scan showed rapid growth of the tumor in his pancreas to 6.4 centimeters and a near doubling of his largest liver lesion to 6.3 centimeters. It didn’t look good.

Dinwiddie’s cancer had a Ki67 index of 90 percent. (The Ki67 index measures what percentage of cells are growing/dividing; 100 percent being the maximum.)

“His disease was doubling in size every four weeks; which is incredibly fast,” explained his DCI oncologist. “These tumors have a very poor prognosis, and likely would have taken his life in less than three months without treatment.”

Dinwiddie’s case was run by the tumor board. The consensus was that cure was not an option, and that the focus should be on managing symptoms.

“I was going to do any damn thing in my power to win; if you’ve had a good life you’ll do anything to have another day,” said Dinwiddie. “I really turned a corner when my doctor agreed to help me. We were a team.”

The standard regimen for metastatic poorly differentiated neuroendocrine cancer of the pancreas, which originates in the endocrine cells that make hormones to control blood sugar, is a combination of the chemotherapy drugs cisplatin and etoposide. However, this recommendation, his doctor explained, is "based on established practice patterns with very little evidence.”

So, the tumor board recommended something different — dose-modified FOLFIRINOX administered on days one and 15 of each 28-day cycle. FOLFIRINOX is a combination of 5-fluorouracil (5FU), oxaliplatin (which is similar tocisplatin), and irinotecan.

That specific aggressive drug combination is frequently used to treat a more common type of pancreatic cancer (adenocarcinoma, which forms in the exocrine cells that produce enzymes to support digestion) — not standard for his kind of cancer — but it had been shown to kill cancer when cells are dividing. Dinwiddie’s cancer cells were in a state of near constant division.

“They called it a Hail Mary pass,” said Dinwiddie.

Within a week, the swelling (edema) in his legs and feet went down and his energy level improved.

After two months, CT scans revealed a partial response to treatment. The mass in his pancreas was reduced more than 70 percent, and all measurable liver lesions were also smaller.

Over the course of the next eight months, Dinwiddie received FOLFIRINOX, which he tolerated well. Then he had another CT. His primary pancreatic mass had shrunk to 1.4 centimeters and his multiple liver metastases had each decreased to under a centimeter.

On January 23, 2013, Dinwiddie underwent a pylorus preserving pancreaticoduodenectomy — also known as the Whipple procedure — as well as a right hepatectomy (the removal of the cancerous portion of the liver) at Wake Forest Baptist Cancer Center.

He recovered quickly, walking 50 laps around the halls of the ward soon after surgery.

“On January 24, I declared myself cured,” said Dinwiddie.

Pathology following surgery showed that he’d had a near-complete response to the FOLFIRINOX. There was a 2-millimeter focus of residual cancer cells in the removed pancreas tissue and rare microscopic foci of metastatic disease within the removed liver tissue. The margins were negative and there were no lymph node metastases.

Dinwiddie’s case and the other case reported in the Journal of Gastrointestinal Cancer were the first reported cases of patients with high-grade or poorly differentiated pancreatic neuroendocrine carcinoma treated with first-line FOLFIRINOX. His DCI care team said Dinwiddie "achieved near-complete pathological response and currently has no evidence of measurable disease nearly seven years since his initial diagnosis, far exceeding historical norms." "Unfortunately, it isn't feasible to conduct a large randomized clinical trial of FOLFIRINOX for this “extremely rare patient population.” That's because these patients represent only around six percent of the 55,000 individuals diagnosed annually with pancreas cancer.

Dinwiddie counts himself as fortunate to have survived a cancer that took the lives, most famously, of Steve Jobs and Aretha Franklin.

Once he was a survivor, he started volunteering with Pancreatic Cancer Action network (PANCAN) as a voice of reassurance to the newly diagnosed.

“When they’re first diagnosed, patients want to talk to someone who’s been there; they have no hope because that’s the way everybody is diagnosed,” he said. “Pancreatic cancer is a b**ch, but once in a while someone like me lives, and that’s a breakthrough.”

Today, Dinwiddie said, it’s as if he was never sick, except for the Creon pills he has to take with each meal. (They act as a substitute for the digestive enzymes that what’s-left-of-his-pancreas doesn’t produce). He’s still able to enjoy his favorite meal of pinto beans, greens and cornbread.

Dinwiddie pulls out the chemotherapy port I.D. card he still carries in his wallet as a reminder of what he went through. He points out the date — May 16, 2012 — when his port was put in and his first chemotherapy treatment was administered. The port’s been out since 2013.

He gives thanks to science for his good health.

“Science is important to everyone here at Duke Cancer Center,” said Dinwiddie. “I stumbled on an answer for what was said to be incurable, right in my own backyard."