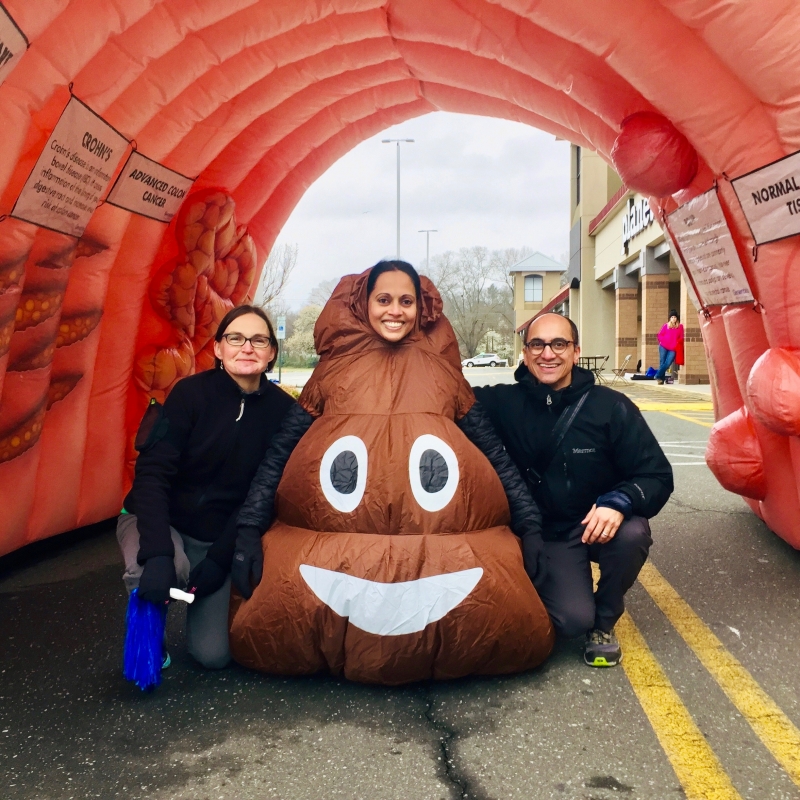 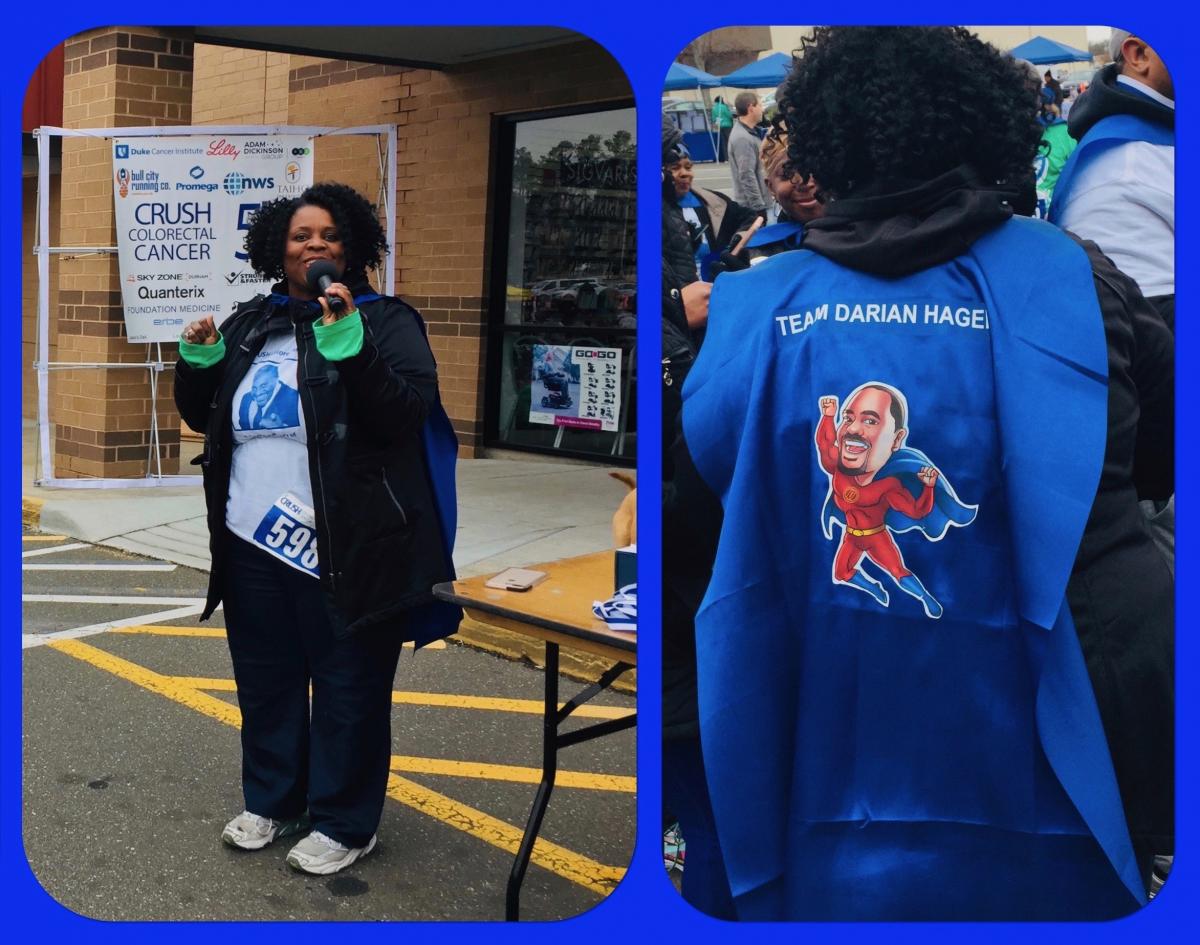 Claudia Hager, who started "Team Darian Hager" in honor of her husband, accepts a medal for top fundraising team (more than $4,700) and speaks to the importance of colorectal cancer screening.Colorectal cancer is the fourth most common cancer diagnosed in men and in women and the second leading cause of cancer death in the U.S. says the American Cancer Society. One in 22 men and one in 24 women will be diagnosed with colorectal cancer in their lifetime.

Thirty-nine teams hit the ground running (and walking) at this year’s event — held on Saturday, March 9, at Durham’s Northgate Mall — raising more than $50,000.

Duke Cancer Institute gastrointestinal oncologist Yousuf Zafar, MD, zipped around the outdoor venue, snapping photos of the crowd and popping into a photo or two himself — including with “the Poo emoji” (GI oncologist Niharika Mettu, MD, in disguise).

Zafar's wife Fatima Rangwala, MD, founded GI Oncology’s signature event in 2014 and Zafar has been race director in year's past.

“It’s been a joy to watch the CRUSH Colorectal Cancer 5K grow over the years, from a small run in the woods to a full-fledged 5K with hundreds of participants,” he said. “The race is especially important in this era of limited research funding. More importantly, the race has built a strong sense of community among our GI oncology team, patients, and families.” 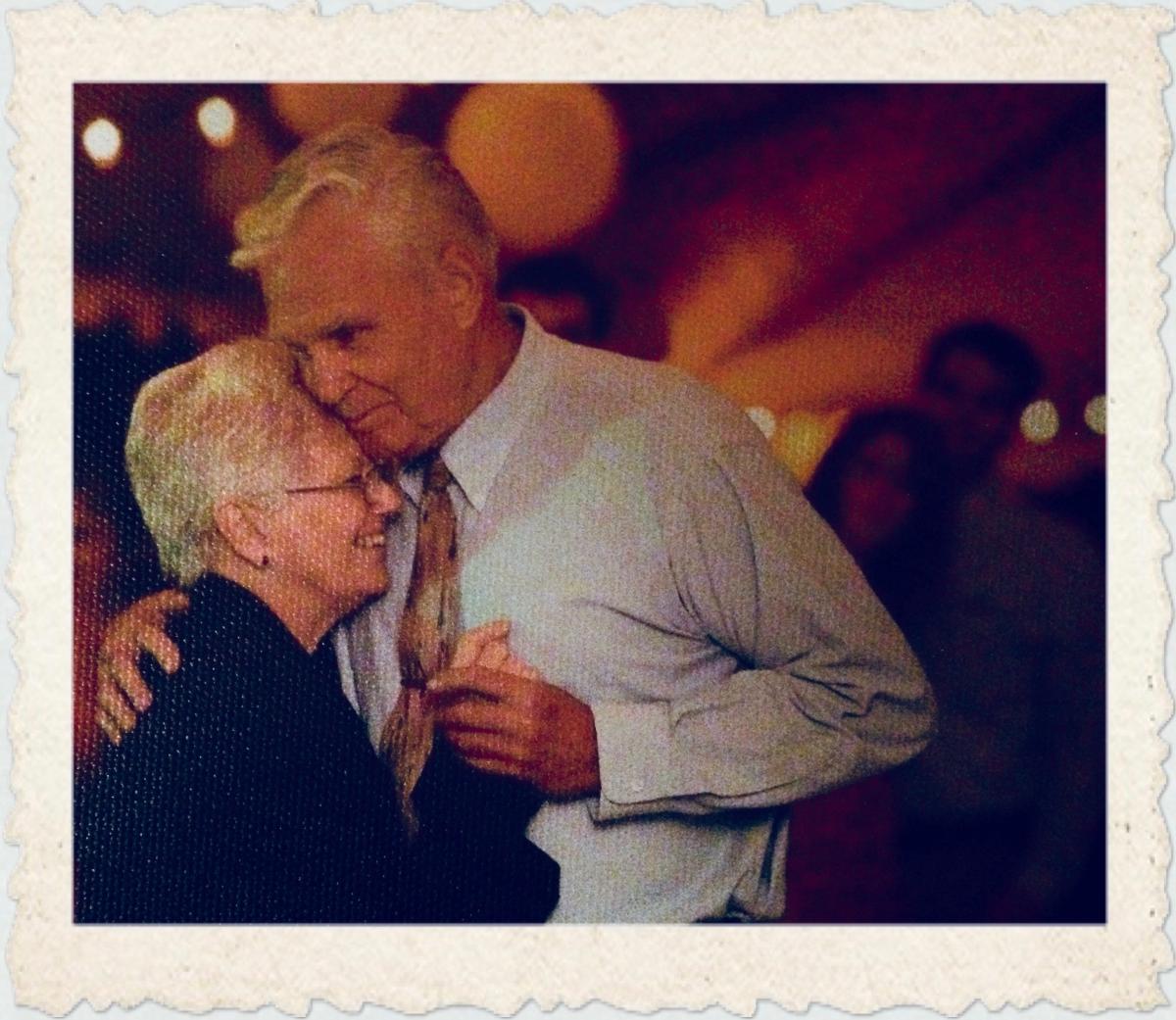 In memoriam: Carol J. Painter and Donald L. Painter. For GI Oncology research program manager Wanda Honeycutt RN, BSN, CCRP, who served as assistant director of CRUSH this year, the event was, as ever, deeply personal. She was with Zafar and others at the start and has been an active participant and organizer in every CRUSH since.

“I lost my father to colon cancer in 2014, the week before our first race,” she said. “He had plans to attend the race and my family and I have continued to use CRUSH as a platform to honor his memory.”

Honeycutt’s mother, a breast cancer patient at Duke, passed away a year after her dad. Though her mother didn’t have colon cancer, Honeycutt raises funds each year to honor both of them — Donald L. Painter and Carol J. Painter — with her aptly named team Partners with Painters In Awareness of CRC.

This year was a year of firsts for Claudia Hager of Durham. First year without her husband Darian Hager, whom she lost to colon cancer last year, when he was just 45. First year forming a team for CRUSH — Team Darian Hager — in his memory. And first place. Her team raised nearly $5,000; the most of any team for CRUSH this year.

“Darian was diagnosed with colorectal cancer in January 2018, and he passed in June 2018; it was a very short time, a shock,” said Claudia. “But he was full of life and one who just loved people. And his desire, once he found out that it was as serious as it was, was that his death wouldn’t be in vain and that people would be aware of early screening. He immediately started becoming an advocate for screening. He, himself, did not have a family history.”

Claudia had shirts and blue superhero capes made — both with Darian’s likeness. More than 50 people registered for the team.

“He just wanted us to keep the awareness going which is why we did the team and why we went grand,” she exclaimed.

More than 600 souls turned out to CRUSH colorectal cancer on this grey day. In jubilant celebration of survival. In honor of those loved. In memory of those lost.