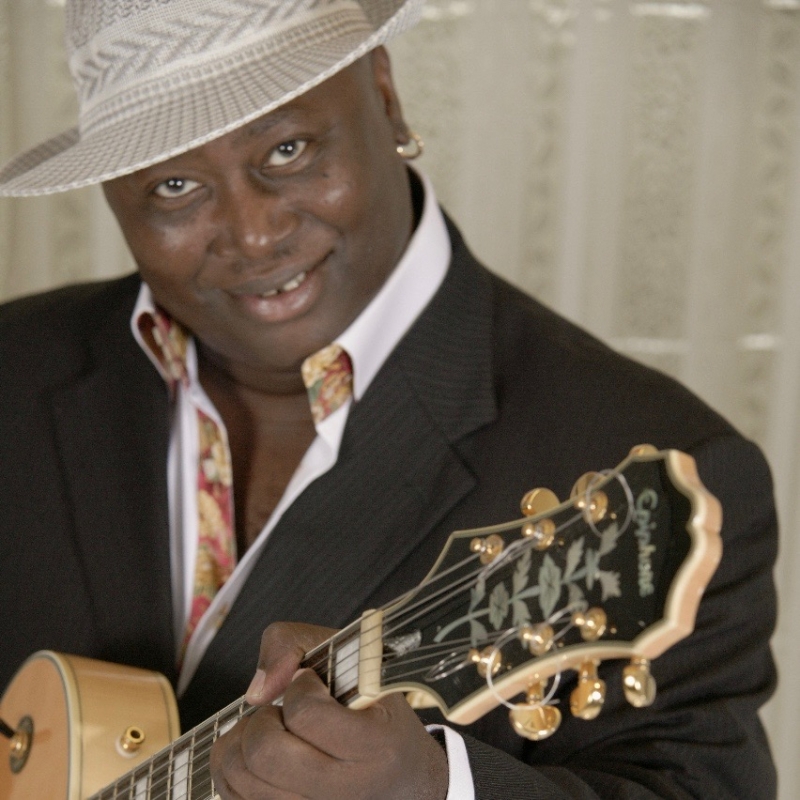 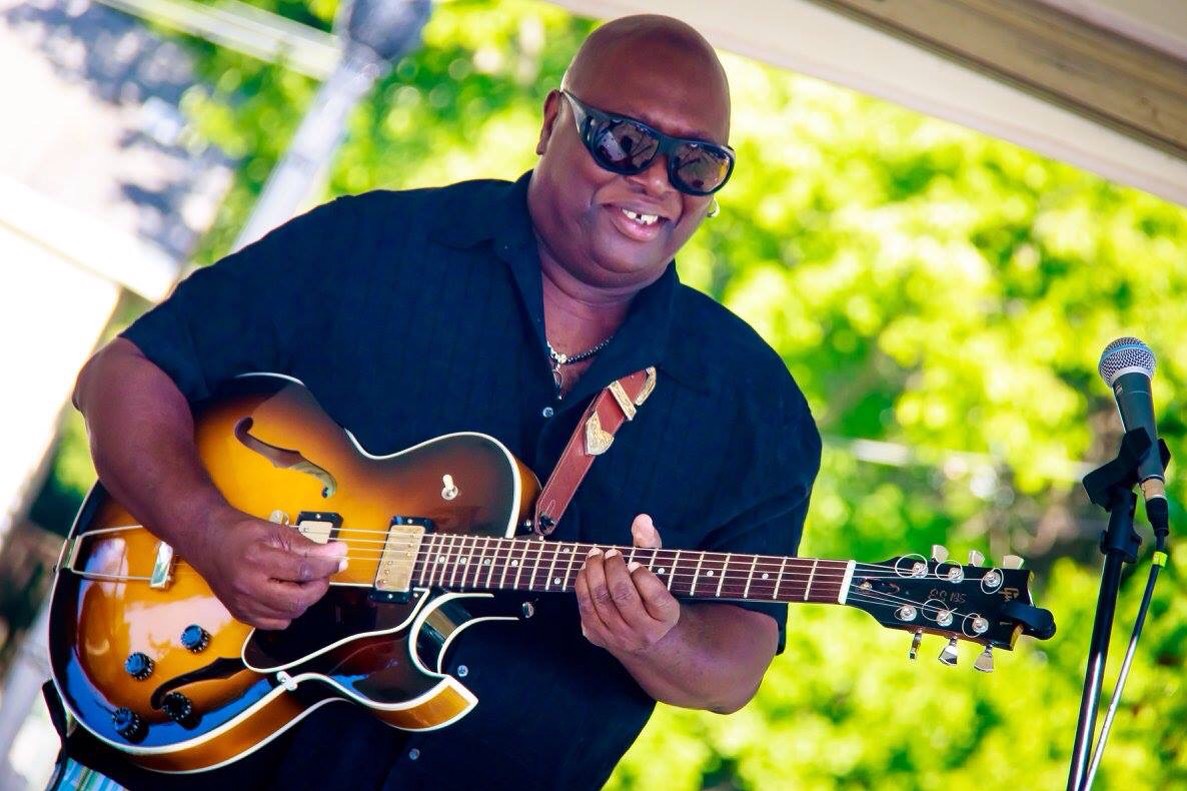 On May 18, Calvin Edwards — "The Big Bopper" — and his musical trio are playing a concert to benefit Duke Cancer Institute. “Giving of ourselves is not the question, it is the answer to all things that be,” he often says.The Calvin Edwards Trio invites the public to “A Night of Jazz to Benefit Cancer Research at Duke” on Friday, May 18, at 8 p.m. at Duke University’s Nelson Music Room.

International jazz and blues guitarist, vocalist, and songwriter Calvin Edwards organized the concert — with bandmates Doug Largents on organ and Theous Jones on drums — to thank Duke Cancer Institute surgical oncologist Dan Blazer III, MD, and his team for the “expert care” he received during his hospitalization at Duke in August 2017.

Born in Kings Mountain, North Carolina, Edwards, 60, began to play guitar at the age of six. His  father was a well-known songwriter, vocalist and guitarist on the gospel scene. At 17, Calvin joined the gospel group, The Five Blind Boys of Alabama, and played with them for many years, before moving to Los Angeles to play in his brothers’ band, The Jett Edwards Band.

The Cornelius, North Carolina-native traveled the world performing, and was based for 15 years in Japan (1994 to 2009). He formed The Calvin Edwards Trio, who he currently tours with, when he got back stateside.

About five years later, Edwards was diagnosed with a liposarcoma, a relatively rare soft-tissue cancer of the fat cells — discovered while he was undergoing treatment for heart and lung issues. He had the tumor and a kidney surgically removed at a hospital in Huntersville, North Carolina. Then, in August 2017, Edwards’ sarcoma returned and he was referred to Duke Cancer Institute for treatment. This recurrent tumor was 46 centimeters in size. Complete resection of the mass was achieved but required removal of Edwards’ pancreas, his spleen and part of his colon.

The grandfather-of-two recovered quickly and got back in the groove. Known as “The Big Bopper,” Edwards continues to perform benefits and festivals with his band — staying closer to home. Recent appearances include The Fall for Greenville Festival in Greenville, South Carolina in October 2017, The Beyù Caffè in Durham in November, the Millenium Hotel in Durham this past January and the Morehead Tavern: Ella's Speakeasy in Charlotte this past April.

Blazer is touched by Edwards’ “very cool” gesture of organizing the concert in his honor.

“He’s sort of a free spirit and always livens up our clinic days,” said Blazer.

“Tell Dr. Blazer I’m comin’ his way to Duke,” said Edwards. “And tell him to have all his doctors there, too, and Karen Bronson, one of the greatest nurses I know.”

The trio will perform on Friday, May 18, at 8 p.m., in the Nelson Music Room, located at 1304 Campus Drive. Proceeds from the concert will benefit Duke Cancer Institute. General Admission is $25, and for Duke students is $10. Purchase tickets in advance online or in person at the Duke University Box Office.

UPDATE: Here's a video from the event (below)