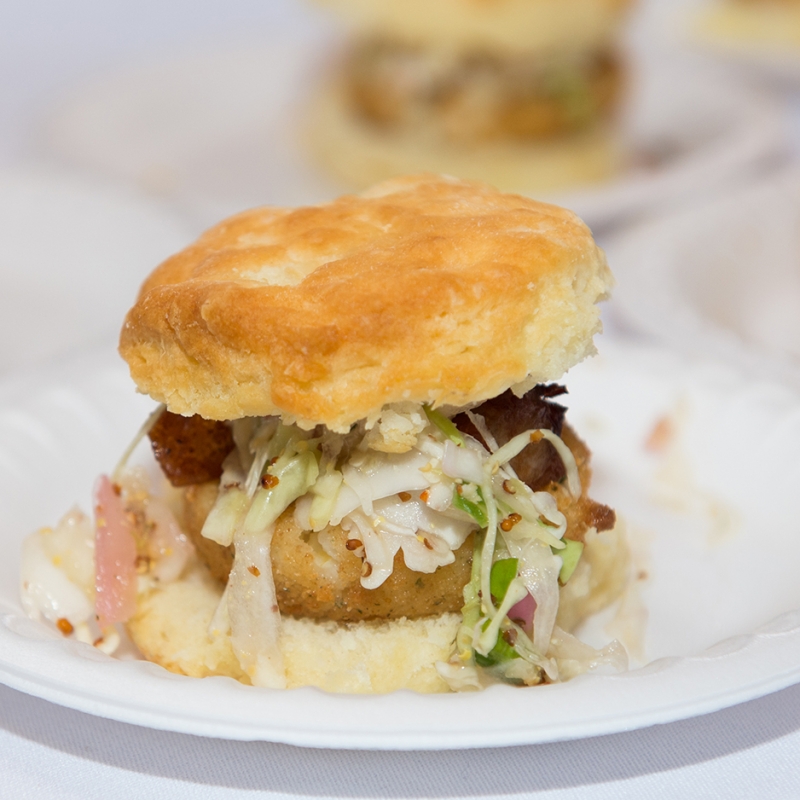 The Big Biscuit Showdown, featuring 13 teams of chefs from Rise Biscuits & Donuts, was held Thursday, July 27, at The Rickhouse in Durham.

"The event is the brainchild of my former business partner, Tom Ferguson, who started Rise Biscuits and Donuts with Brian Wiles," said Sam Poley, founder of Give 1 For Dad. "The Big Biscuit Showdown is really Tom's way to let the chefs at the Rise locations stretch their culinary legs. As the business has grown and the franchise locations increase in number, the opportunities for creativity become a bit more programatic and scoped. This event is a way for those talented folks to spread their wings while giving back." 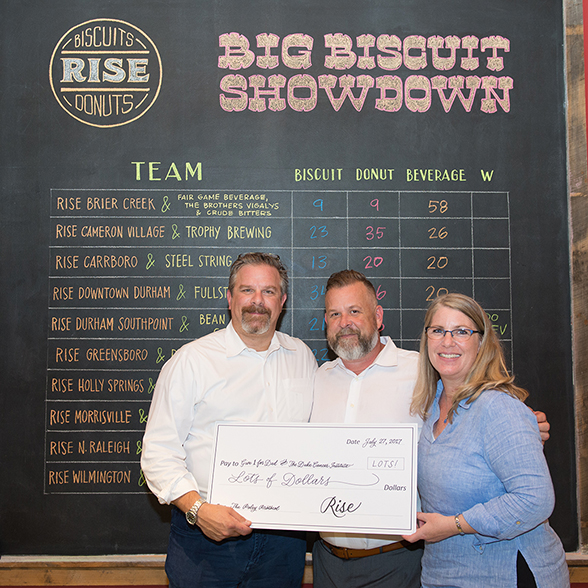 Sam Poley, Give 1 For Dad; Tom Ferguson, Rise; and Erin Tait, Duke Cancer InstituteAfter the loss in 2015 of his father, Neil, to prostate cancer, Poley launched Give 1 for Dad, a fundraising campaign to raise $1 million to support the copper study. Initially, he invited donors to give one time, one percent of one day's salary. Since then, he has also partnered with supporters, such as Rise, to launch other fundraising initiatives.

To date, Give 1 For Dad has raised more than $485,000 toward its $1 million goal. For more information or to give, visit Give 1 For Dad. For great tasting biscuits and donuts, visit Rise.