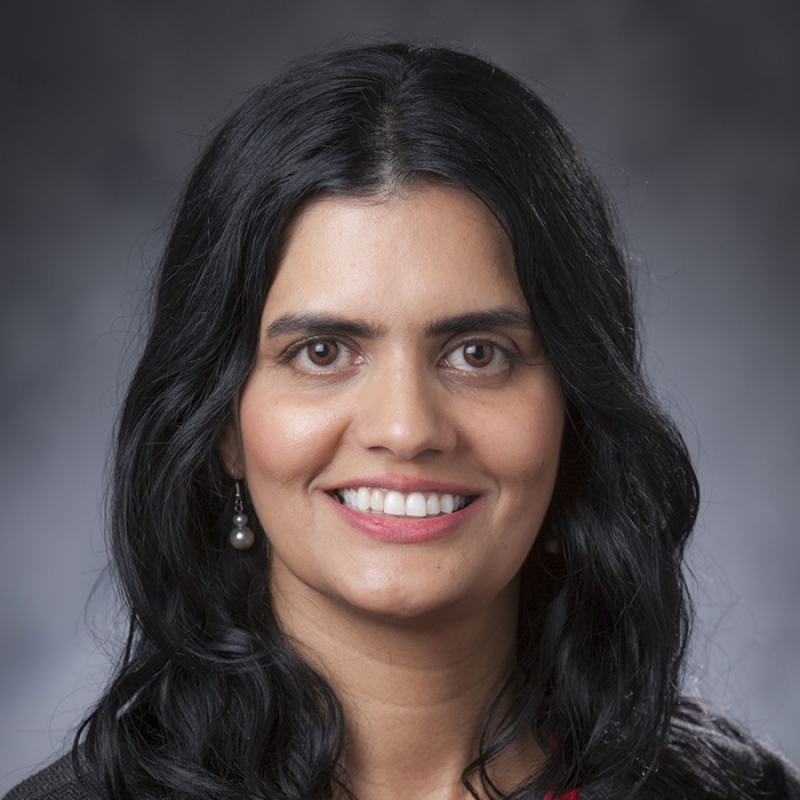 A jagged little protein appears to be a key to how cancer stem cells differentiate and enable metastasis, according to researchers at the Duke Cancer Institute and Rice University.

Rice scientists who have formed several theories on how cancer grows and spreads connected the dots for a more complete picture of tumor mechanics. At the center, they found JAG1, a ligand or small protein, that interacts with a signaling pathway critical to regulating the fate of cells.

Their new paper in the Proceedings of the National Academies of Science is backed by experiments at Duke and shows how and why some cells differentiate within tumors and how they spread.

The researchers, led by members of Rice's Center for Theoretical Biological Physics, extended their models of hybrid epithelial-mesenchymal cancer stem cells that have the ability to not only resist chemotherapy but also band together in small groups and metastasize.

Epithelial cells form tissues that line the outer surfaces of organs. Mesenchymal cells are motile cells that are normally involved in processes such as wound repair. Epithelial-mesenchymal transition (EMT) is the process by which epithelial cells become migratory mesenchymal cells. Cancer hijacks this process and becomes most aggressive by stopping it in the middle to form the metastasizing hybrids.

The Rice team had already published theories on how cancer stem cells communicate with each other and the outside world by taking control of the notch signaling pathway involved in extracellular signaling, wound healing and embryonic development. In those studies, they discovered how ligands that activate the pathway go rogue to hold migrating cancer cells together and help them attach to connective tissues at new locations.

The new work pulls all those discoveries together into a cohesive picture, with JAG1 as the prime suspect and inflammatory proteins in a supporting role.

The Rice researchers, led by physicists José Onuchic and Herbert Levine, also described for the first time how inflammatory proteins, including the cytokine interleukin 6, amplify signals between notch and jagged proteins that support hybrid epithelial-mesenchymal stem cells.
"We have a model of EMT, a model of stem-ness, a model of cancer metabolism and a model of notch-delta," Onuchic said. "In a real system, all these models are coupled. And in this particular case, we show that under stress, jagged's involved in all of them.

"The notch-delta pathway creates communication between cells, but things become problematic when the receptor is jagged instead of delta," he said.

"We already knew JAG1 was paramount for cells to assume this (hybrid) state where they can send and receive signals and coordinate with other cells to migrate together," said Federico Bocci, co-lead author of the paper and a graduate student at Rice. "And we also knew these molecules correlate to the proliferation potential of cells.

"Together, they give us the whole picture of why we believe jagged is a crucial mediator of epithelial-mesenchymal heterogeneity of cells in the tissue and an important player in this metastatic escape," he said.

The team at Duke—led by Gayathri Devi, an associate professor in surgery and pathology and program director of the Duke Inflammatory Breast Cancer Consortium—saw evidence of heterogeneity in lab experiments on highly aggressive, inflammatory breast cancer cells.

"This heterogeneity remains a major roadblock to any clinical advances, because no 'magic bullet' can eradicate all types of cells in a tumor," she said. "Thus, after most therapies, a few cells are left unharmed, a scenario that can lead to tumor relapse."

Duke graduate student Larisa Gearhart-Serna, co-lead author of the paper, used a new tumor organoid model of inflammatory breast cancer cells that is enriched with cancer stem cells developed previously in Devi’s lab. This showed that reducing the presence of JAG1 affected the cancer stem-like properties and capacity to proliferate. The work could lead to therapies that track down and destroy those cells.

"JAG1 may play crucial roles in regulating this heterogeneity, and inhibiting its levels can significantly curb tumor formation," Devi said. "We are now using these patient-derived tumor organoid models to identify druggable targets in the notch signaling pathway."

Bocci said mesenchymal stem cells tend to remain near a tumor's periphery, where they are exposed to the surrounding environment, particularly the suspect inflammatory proteins. Cells in the tumor's interior tend to spread out and become hybrids that are harder for drugs to destroy.

"This also highlights the role of jagged as a crucial mediator, connecting all these different axes of tumor progression," Bocci said.

Onuchic noted jagged ligands are important to the body's inflammatory system, so reducing their numbers carries risks of its own.

"We have learned that when bad things happen and cells are under stress, there's high levels of jagged in the neighborhood," he said. "Any therapy that comes from this work will be related to controlling the level of jagged, but you cannot completely get rid of it because it has beneficial functions."

Levine suggested jagged could serve as a target for new diagnostic tools.

"There's another aspect to what this work helps us do, and that's to judge whether a tumor is aggressive enough to treat," he said. "There's a lot of literature based on measuring tumors to understand the chances of a person getting a metastatic disease. If we can identify features like jagged that help tell us if a tumor is really aggressive, this will also be an important result."

Co-authors of the paper are lab analyst Marianna Ribeiro of Duke; Rice alumni Marcelo Boareto of ETH Zurich and the Swiss Institute of Bioinformatics and Mohit Kumar Jolly, an assistant professor at the Indian Institute of Science; and the late Eshel Ben-Jacob, who was a senior investigator at the CTBP.

The research was supported by the National Science Foundation, the Department of Defense Breast Cancer Research Program Breakthrough Award, the Duke School of Medicine Bridge Research Fund, the Hasselman Fellowship at Rice, the Gulf Coast Consortia, the Computational Cancer Biology Training Program through the Cancer Prevention and Research Institute of Texas and the São Paulo Research Foundation.