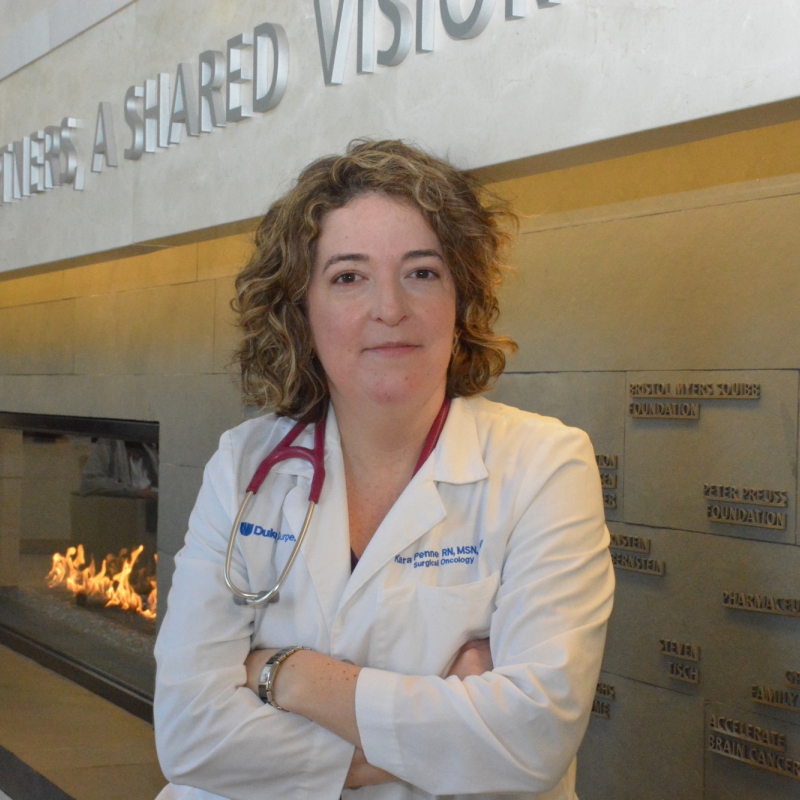 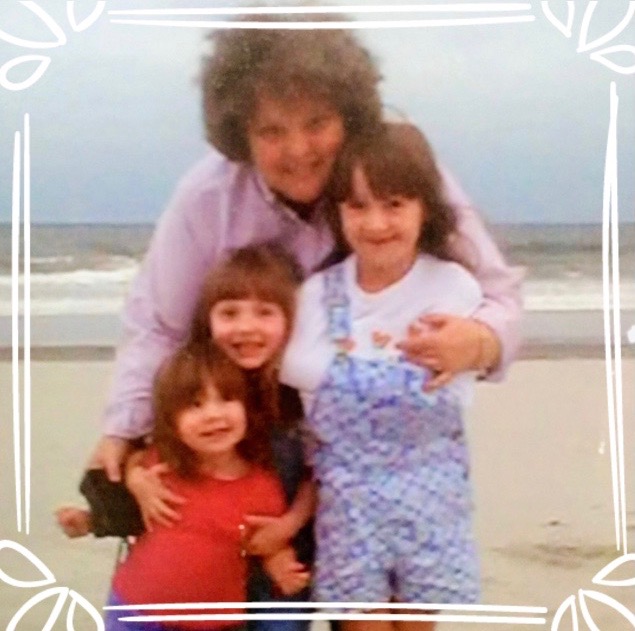 Charlotte Miller embraces her grandchildren on the beach; one of her favorite (though dated) photos. Her oldest granddaughter was just recently married and though Miller was unable to attend the wedding for health reasons, she watched through a live feed to her phone. In the ‘70s, ‘80s and ‘90s, mother and homemaker Charlotte Miller was always on the move. Married to a textile manager, the couple married right out of high school in their home state of Pennsylvania. They relocated several times for his career — to North Carolina, then Ohio, Wisconsin, Pennsylvania and back to North Carolina.

Because she was either busy preparing to move, “taking care of the home front” or helping her nomadic family settle into a new town, Miller said it was difficult to think about a career outside the home.

“We were blessed that my husband made a good living,” said Miller, who was happy volunteering with her son’s Boy Scout troops and dog rescue charities. “But it was difficult. Every time I got a small job, it was time to move again for my husband’s career.”

Starting around the time she turned 50, in 1999, and with her two sons grown, she noticed her health continuing to deteriorate. She’d developed kidney stones and high blood pressure in the 90s and had never lost the weight she’d put on in her 30s after her second son was born. At 50, she developed type 2 diabetes.

When she was 65, she learned she had to go on dialysis, a life-saving treatment that keeps the body in balance by removing, albeit through artificial means, excess toxins, salt and extra water — functions her kidneys would have performed had they been healthy.

However, before she could start the treatment, she found herself in a local emergency department from an infection in her arm at the site of a newly-placed dialysis access. Her kidneys were failing and her blood sugar sunk.

Later that year her husband retired, moved out of state and filed for divorce. Soon after that, in spring 2015, Miller noticed fluid was building up in her body, something that dialysis was supposed to remedy.

“I underwent an ultrasound at the hospital in Lumberton,” said Miller. “The technician said, ‘Charlotte, I’m not finding excess fluid around your internal organs, but your gallbladder is looking a little wonky.’”

So, she sent Miller to see a surgeon at a Duke-affiliated clinic nearby. The surgeon suspected cancer and she immediately referred Miller to her to Duke Cancer Institute surgical oncologist Sabino Zani, Jr., MD.

“I wasn’t thinking cancer, but I was referred to the Duke Cancer Center,” said Miller. “It was a punch to the gut.”

Zani removed her gallbladder and said if I had to have cancer in the gallbladder, then mine was just in the right spot, recounted Miller.

Five weeks later, as a precaution, Zani excised some of the liver tissue around the gallbladder area and six or seven proximate lymph nodes.

Following recovery from the first surgery Miller was diagnosed at Duke with ductal carcinoma in situ (DCIS) in her left breast by oncologist Kelly Westbrook, MD, which resulted in three surgeries followed up by anti-cancer hormone therapy.

That second cancer diagnosis also came as a shock. Miller, who’d been diagnosed with ulcerative colitis and irritable bowel syndrome when she was 16 years old, said she’d thought if she ever got cancer it would be in her troublesome colon. And as her mother had had breast cancer at 92, Miller didn’t imagine she’d live long enough to get that cancer.

According to the American Cancer Society, patients with gallbladder cancer, which is relatively rare, are more often overweight or obese than people without the disease. In the U.S. the disease occurs more than twice as often in women and more than two-thirds of cases are seen in patients who are 65 or older. Miller’s oncologist said her obesity could have played a role.

“It seems like a lot to have been through,” Miller reflected. “But when I get down here to Duke and see children being pulled in wagons with IVs in their necks, this is nothing. I haven’t had radiation. I haven’t had chemotherapy. I still have both breasts.”

Miller gets dialysis three days a week; a five-hour process at a clinic close to home in Mebane, North Carolina. An upside since she started dialysis, however, is she’s no longer diabetic and doesn’t battle high blood pressure.

Miller credits the support and encouragement of both of her sons and daughter-in-laws and the care she’s received from her all her physicians and nurses for helping to stabilize her — physically and emotionally.

“It’s not only that they’re professional and answer my questions in a way I can understand,” said Miller, “but it's that they’re genuinely considerate people, decent human beings who are both skilled and compassionate. They really care that they are helping me, and I’m not used to that. I’m the kind of person that needs the all-around healing.”

Miller described Zani’s nurse Kara Penne, RN, MSN, ANP, AOCNP, as “a gift” and said that her breast surgeon, Randall Scheri, MD, is the first doctor that ever called her at home.

“Instead of having me come to the clinic, he actually called me to share results and to discuss my future care,” said Miller. “He made it as easy for me as possible. What doctor does that? He’s a sweetheart.”

“God also had a big hand in this,” stressed Miller. “He is working through my physicians, nurses and techs. They are his hands-on-earth helping me every day to keep me alive, and God has given me, through them, a second and third chance.”