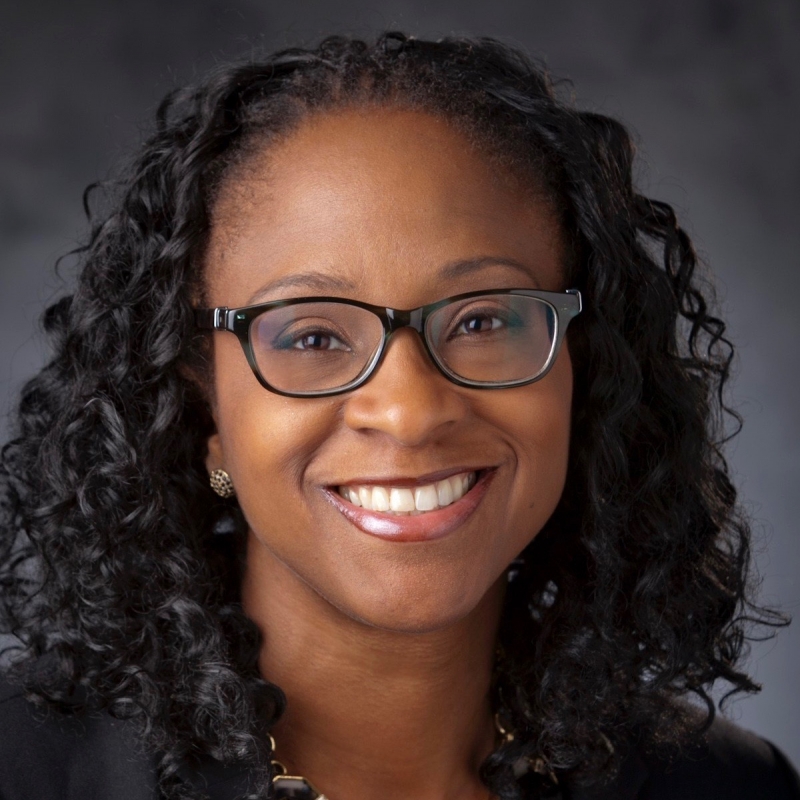 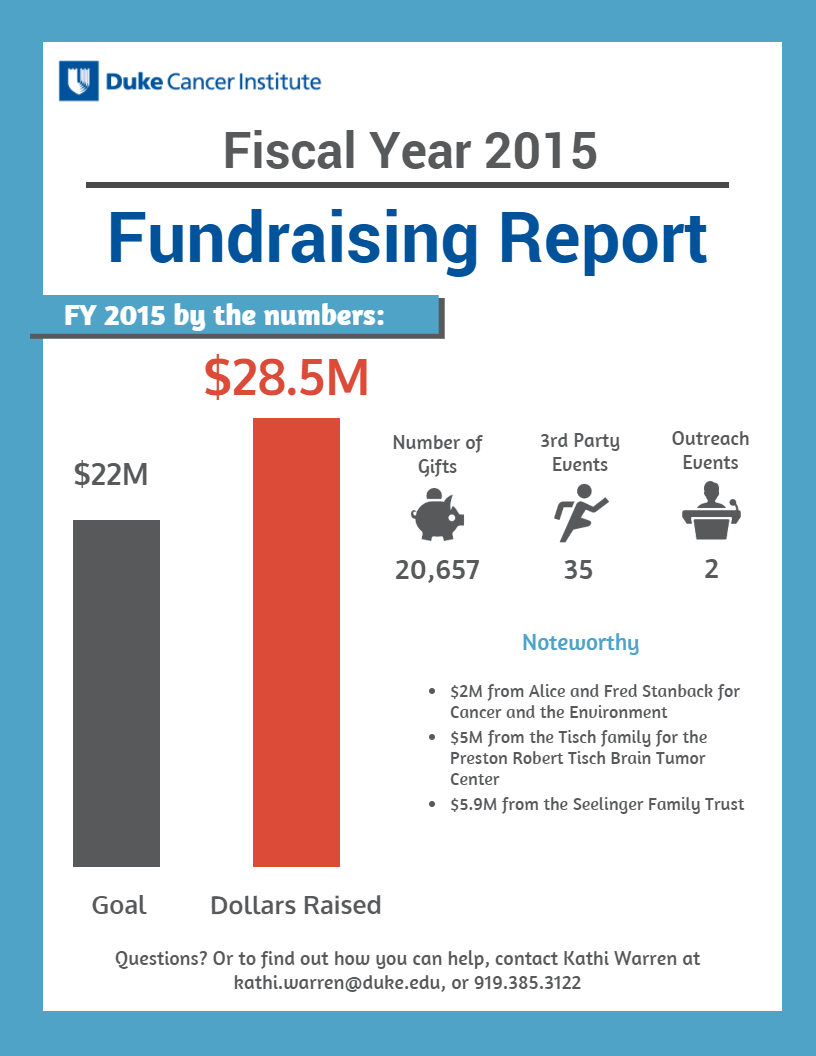 As the landscape of medical finance continues to shift, the need to cultivate philanthropic support is becoming increasingly more pertinent.

Duke Cancer Institute (DCI), like most of its peer institutions, is committed to expanding development efforts to address changes in how academic medical centers effectively fund their programs. With the close of fiscal year (July to June) 2015 and the beginning of fiscal year 2016, the timing is apt to update the DCI community on the efforts made and successes achieved by the Office of Development.

Noteworthy within that figure are a $5.9 million planned gift from the Seelinger Family Trust, a new $5 million commitment from the Tisch family to support the Preston Robert Tisch Brain Tumor Center and a $2 million gift from Alice and Fred Stanback for the Cancer and the Environment initiative. Altogether, the fundraising total for fiscal year 2015 is comprised of more than 21,000 individual gifts from committed donors, grateful patients, faculty and staff and loyal friends of Duke Cancer Institute.

These 21,000 gifts came from a multitude of sources. Special events, such as the Angels Among Us 5k and Family Fun Walk (supporting brain tumor research), the Gail Parkins Memorial Ovarian Cancer Walk and 5k Run, and more than 20 others contributed significantly to the overall fundraising total. The development office also orchestrated two successful outreach events – one in Charlotte and the other in Fayetteville – to increase the visibility of DCI and its doctors within social networks in those cities with high philanthropic capacity and significant interest in supporting cancer research, education and patient care. As we continue to build DCI presence within these networks, we are planning similar events in North Carolina and other target areas outside the state.

Two years remain in the Duke Forward campaign, which is a seven-year comprehensive fundraising campaign that encompasses both the university and the medical center.

Duke Cancer Center is on track to meet its $200 million goal by the end of the campaign, having raised more than $150 million so far.

The development office’s efforts continue to grow, and the community of supporters, both within DCI and beyond, shows significant promise for providing DCI with the funding it needs to be successful.

If you or someone you know is interested in supporting DCI by contributing to the fundraising campaign, or if you have any questions about development at DCI, please email me at kathi.warren@duke.edu or call me at 919.385.3122. My team and I look forward to expanding our partnership with all members of the DCI community.