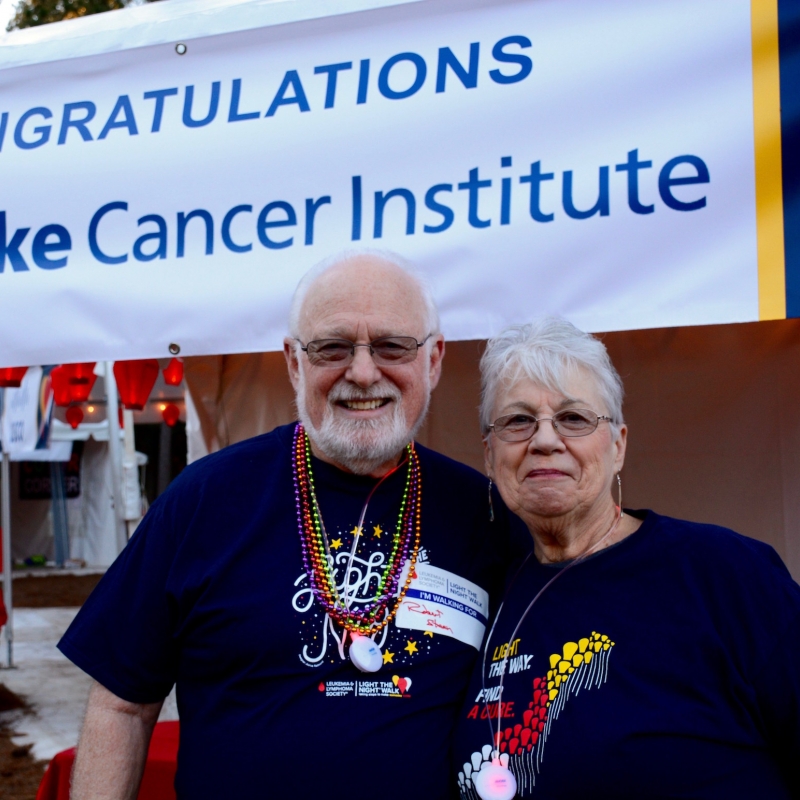 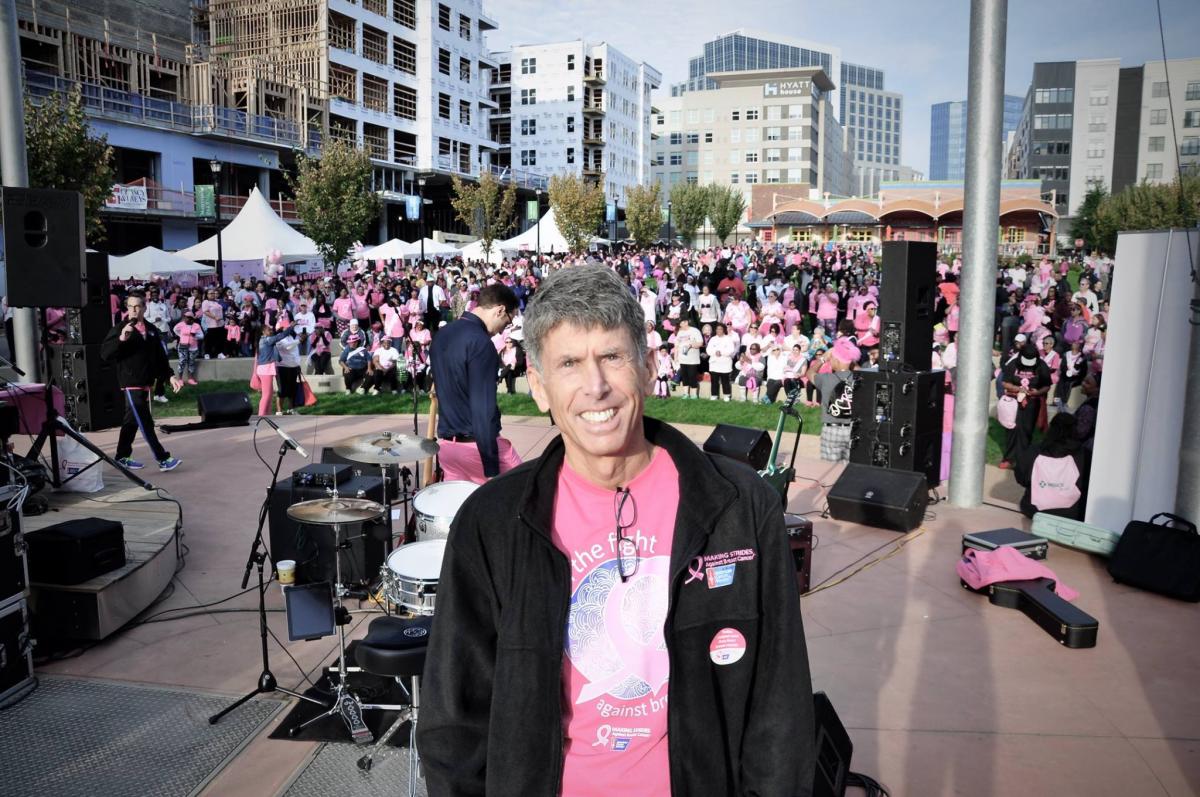 For a third year DCI teamed up with the American Cancer Society to serve as local presenting sponsor at the charity’s Making Strides Against Breast Cancer walk held in Raleigh on Oct. 15. In its 10th year, the Breast Cancer Awareness Month-event attracted more than 1700 participants and to date has raised nearly $143,000 to support the fight against breast cancer. 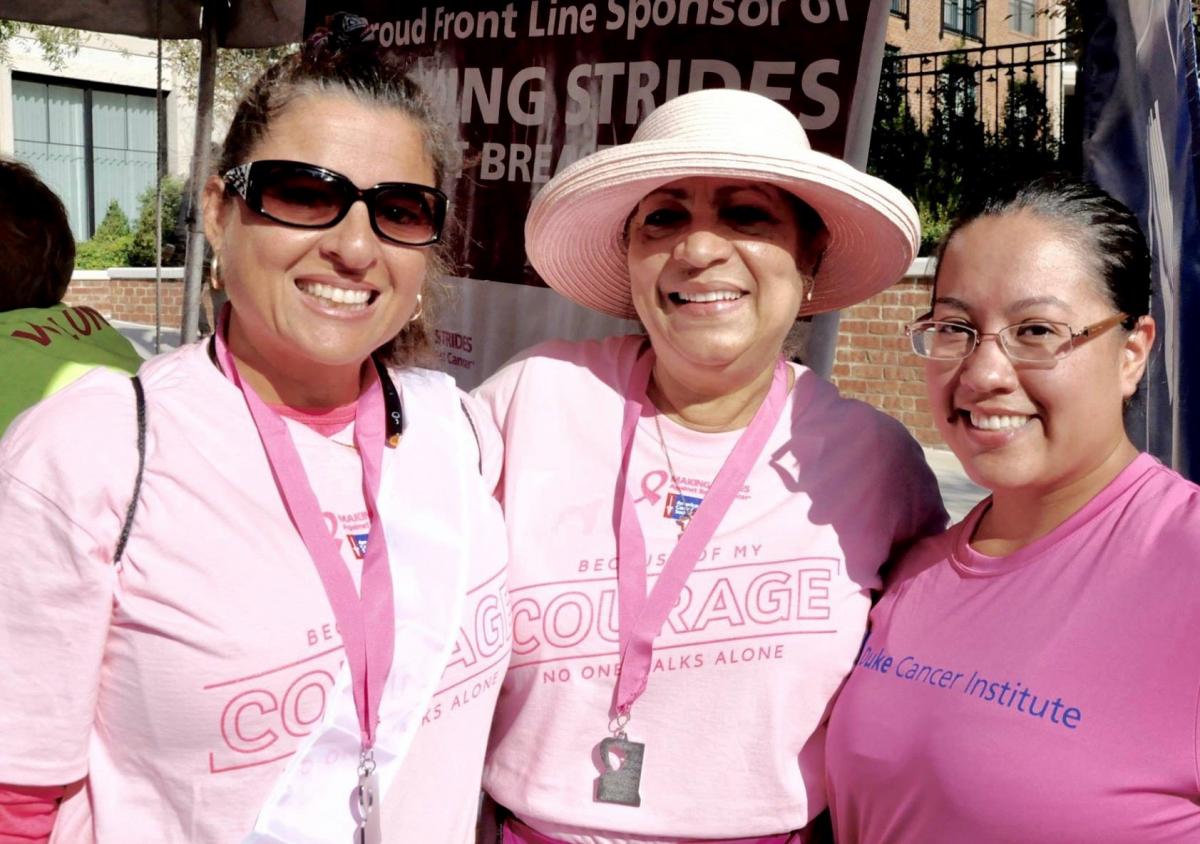 Participants warmed up and rocked out to the original music of Duke Raleigh Hospital ICU nurse Daniel Nickels and his band, whose “Album for a Cure” campaign has raised more than $2,000 to benefit the lab of Donald McDonnell, MD, and breakthrough breast cancer research. The campaign runs through Nov. 15. For a donation of $10 and more, donors will receive the album. For more information, visit Album For A Cure.

As part of Blood Cancer Awareness Month, 3,000 participants stepped out and raised nearly $700,000 on Oct. 22 for the Triangle Light the Night Walk, a fundraising event hosted by The Leukemia and Lymphoma Society of North Carolina at the Koka Booth Ampitheatre in Cary. 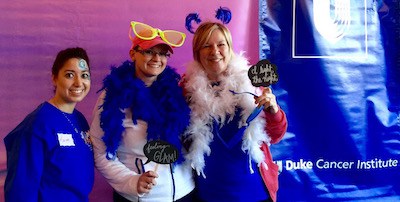 Duke Cancer Institute Light the Night teams, made up of more than 60 DCI staff, patients, survivors and supporters, have raised $11,284 and counting — much-needed funds that will help support blood cancer research and treatments that save lives. 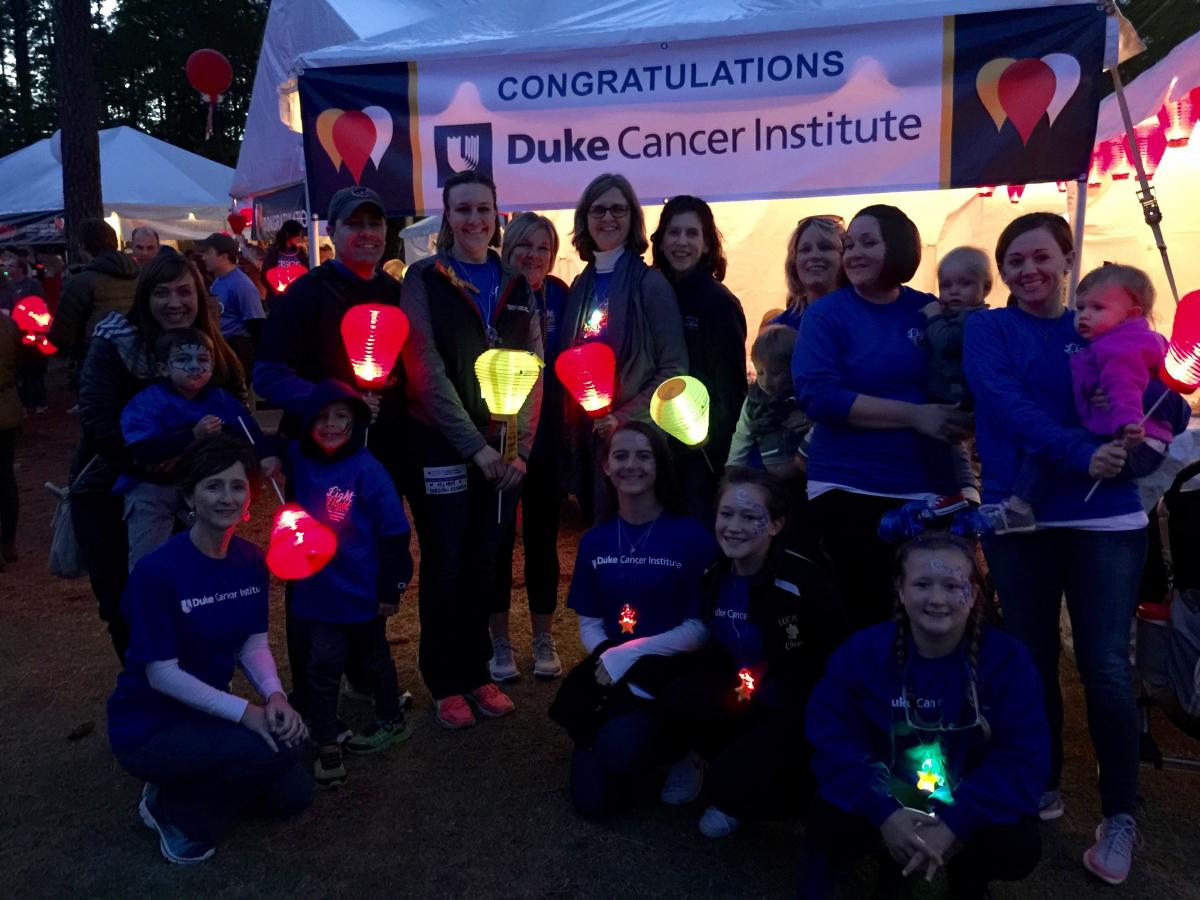 DCI’s Light the Night fundraising team and their families