DCI Woman Steps It Up In Memory Of Her Aunt 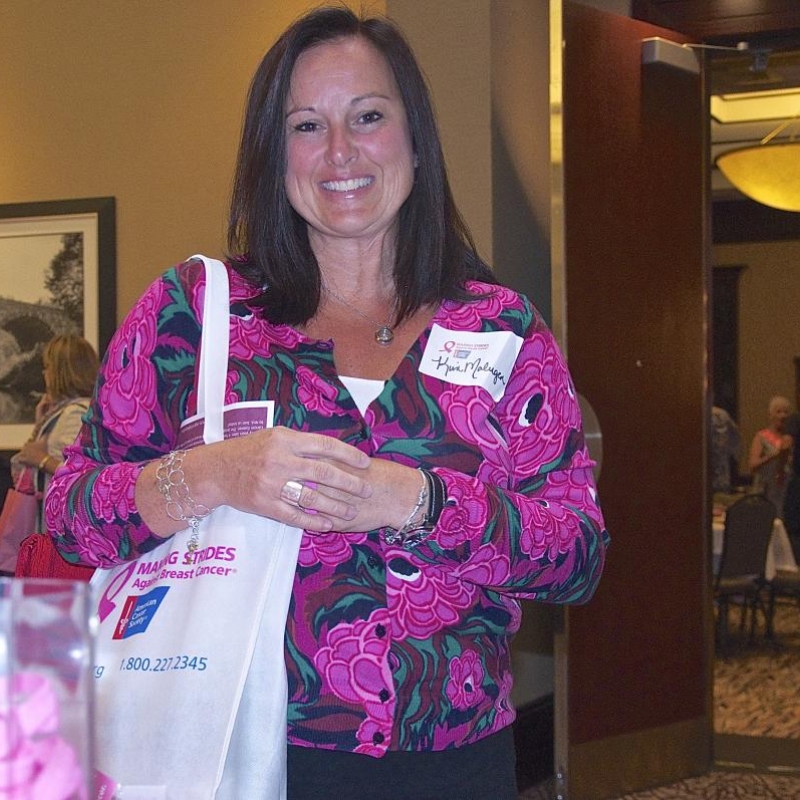 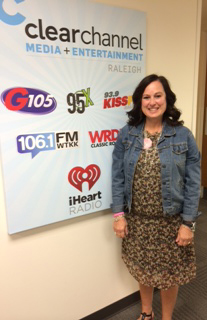 Kim MalugenAfter losing her beloved aunt in 2009 to breast cancer, Kim Malugen pledged to continue her aunt’s fight by raising both awareness and funds in the battle for a cure.

Malugen, 47, joined Duke in Breast Oncology in 2008, a year after her aunt, Sherry Nance Como, was diagnosed with stage 4 breast cancer. Despite aggressive treatment, her cancer metastasized, first to her bones and then to her lungs and beyond.

“I always felt like I got my job in breast oncology for a reason,” remembered Malugen, who in February accepted a position with the DCI as an administrative assistant for the Survivorship Center. “I wasn’t even looking for a job when I received the offer to work in breast oncology. But my job enabled our family to better understand what Aunt Sherry was going through.”

As Como’s condition worsened, Malugen promised her aunt that she would take up arms against cancer – that her own fight would not be in vain.

True to her word, in 2009 Malugen, who lives in Stem, registered for the American Cancer Society’s 5k walk event and, in memory of her aunt, formed a fundraising team she calls #teamtatas.

“That first year it was just family – me, my husband and kids and my mother’s siblings,” Malugen said. “We sported clothing embellished with Aunt Sherry’s photo. That first walk was emotional for us all.”

Since that first year, #teamtatas has raised thousands of dollars. The team now averages about 15 members, including family, friends and co-workers. To keep it fun, every year team members don a new theme or costume, always in pink, a color symbolic for breast cancer awareness. 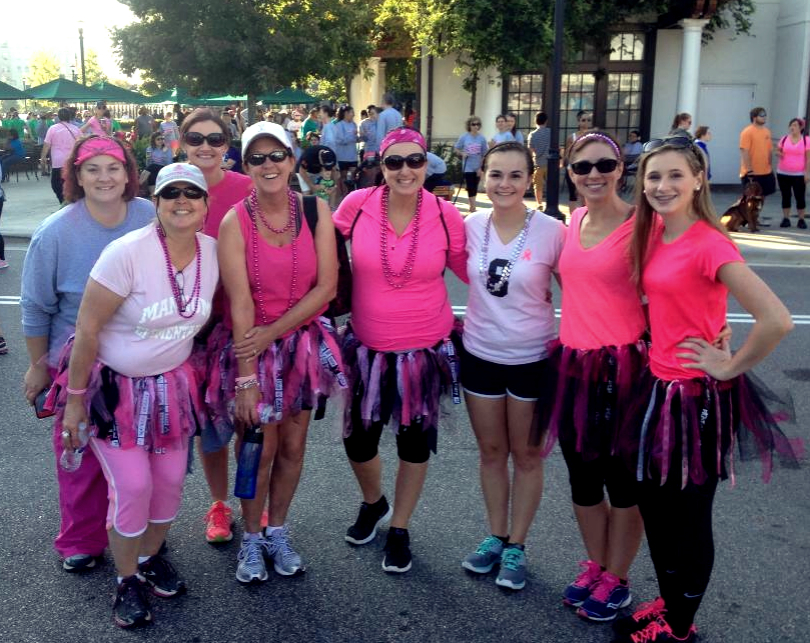 #teamtatas takes a moment to pose just before the start of 2013 Making Strides Raleigh walk event.“What woman doesn’t like pink?” asked Malugen, rhetorically. “When we step out, we intend to raise, not only funds, but awareness. The costumes and headgear help others recognize that we mean business – albeit in an eye-catching way. I just love to see a sea of pink on walk day. It pumps me up and keeps me motivated.”

Malugen also means business when it comes to doing her part to help keep science moving forward. She uses social media networking sites to share her aunt’s story and to post a link to her team’s fundraising page. She enthusiastically invites her friends and contacts to support her efforts.

“If others can sense my passion for the cause, they are more likely to give,” said Malugen. “I also use social media to send individual messages. I use my iPhone to send texts to update friends on my fundraising status and goals. I’ve found that people don’t mind being asked to support the cause. It makes them feel like they’re a part of the movement, especially if they can’t join the team or step out on walk day.”

The American Cancer Society, host of Making Strides Against Breast Cancer, is the largest nongovernmental funder of cancer research in the United States. The ACS has spent more than $4 billion since 1946 to help find better treatments and a cure. Since January, the American Cancer Society provided more than $9 million to fund research conducted at the Duke Cancer Institute.

The 2014 Making Strides Raleigh, a 3.1-mile walk, will be held Saturday, Oct. 4, at North Hills Mall, in Raleigh. Team DCI, led by team captain Tina Piccirilli, Duke Cancer Institute program manager, and #teamtatas, led by Malugen, will step out Oct. 4, with one goal in mind – funding a cure for breast cancer.

The Duke Cancer Institute encourages faculty and staff to get involved. For every $25 raised by a DCI making strides fundraiser, the fundraiser’s name will be entered into a drawing for an Apple iPad 16GB from Best Buy. Raise $100, and the fundraiser’s name is entered into the drawing four times. Raise $200, and his or her name will be entered eight times. There is, however, a $100 minimum to participate in the drawing.

“No matter how much we raise, big or small, we know we are making a dent,” Malugen said. “Every dollar makes a difference. And, collectively, we are truly helping to fund better treatments and, ultimately, a cure.”