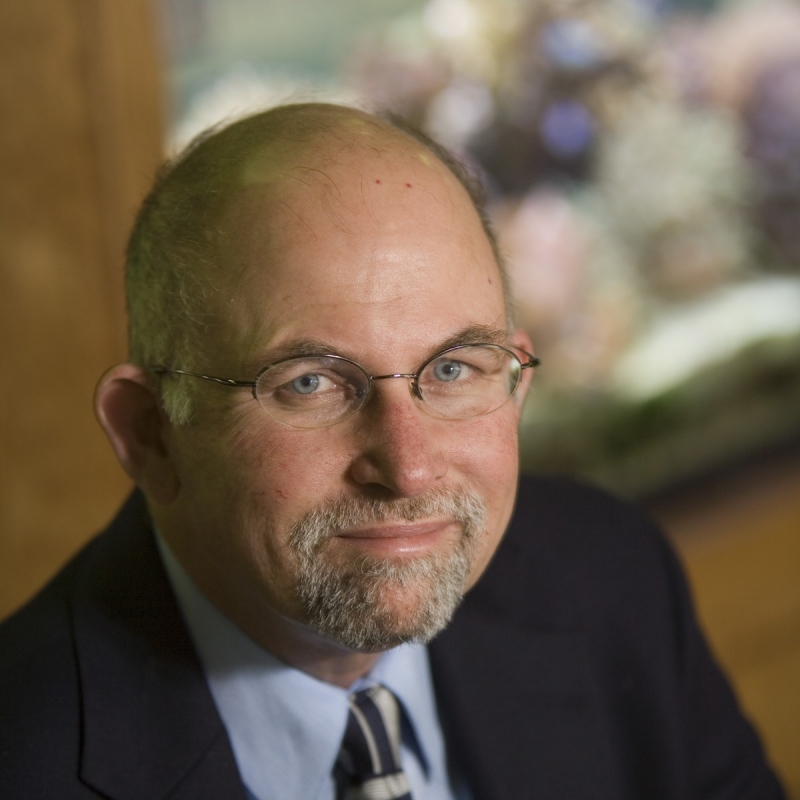 Mark Dewhirst, DVM, PhD, Gustavo S. Montana Professor of Radiation Oncology, SoM, and vice director for Basic Sciences, DCI, has been named to receive from the Perelman School of Medicine at the University of Pennsylvania its 2015 John M. Yuhas Award for Excellence in Radiation Oncology.

“I am particularly honored to be given this award in Dr. Yuhas’ name,” Dewhirst said. “Amongst his greatest accomplishments was his dedication to the establishment of antioxidant drugs that could protect normal tissues against radiation damage. I collaborated with Dr. Edward Gillette in the 1980s to perform the first clinical trial testing the lead compound, WR-2721, in companion canine patients with soft tissue sarcomas. This work did not show appreciable radioprotection and substantial side effects. Although WR-2721 is approved for humans it is rarely used because of the side effects. In the last 10 years, however, I have been able to turn my attention back to the subject of radioprotection. We have used a novel MnSOD mimic, developed at Duke, to show both radioprotection of normal tissue and radiosensitization of tumor, in several model systems. It shows that great ideas need a second look, when better drugs become available. Starting with Dr. Yuhas’ vision we have identified a new class of drugs which will reach his milestone of reducing normal tissue complications after radiotherapy”.

A native of Manhattan, Kansas, Dewhirst received his Doctor of Veterinary Medicine degree and PhD degrees from Colorado State University. He joined Duke in 1984 when he was recruited to set up a multidisciplinary hyperthermia research program. Dewhirst has spent more than 30 years studying causes of tumor hypoxia, angiogenesis and the use of hyperthermia to treat cancer. In collaboration with the Pratt School of Engineering he developed a novel thermally sensitive drug carrying liposome, which has been successfully translated to human clinical trials.

Dewhirst is the recipient of multiple awards. In 2008 he received the Failla Medal from the Radiation Research Society. He received the Eugene Robinson Award for Excellence in Hyperthermic Research in 1992 and a similar award from the European Society for Hyperthermia Oncology in 2009. That same year Dewhirst was also named a Fellow of ASTRO. In 2012 ASTRO awarded the Gold Medal to Dewhirst, who has more than 500 peer-reviewed publications, book chapters and reviews.

Dewhirst is a senior editor of “Cancer Research” and editor-in-chief of the “International Journal of Hyperthermia.” He was recently selected to become the first associate dean of Faculty Mentoring in the Duke School of Medicine.

A world-renowned radiation researcher, John M. Yuhas, PhD, has been recognized as a legendary scientist and teacher whose work while at the University of Pennsylvania focused on cancer therapy and carcinogenesis. The first memorial award given in his honor was presented in 1993.

Previous recipients of the John M. Yuhas award include the executive director of the DCI, Michael B. Kastan, MD, PhD, who received the award in 2009. Dewhirst will accept his award at the 2015 John Yuhas memorial Lecture and Award Ceremony at University of Pennsylvania in June.