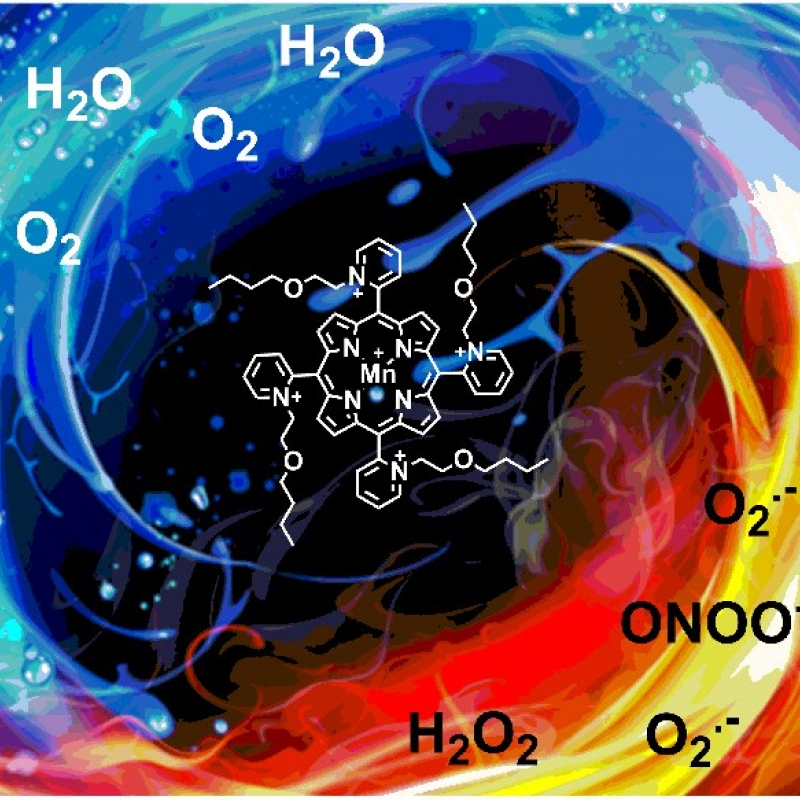 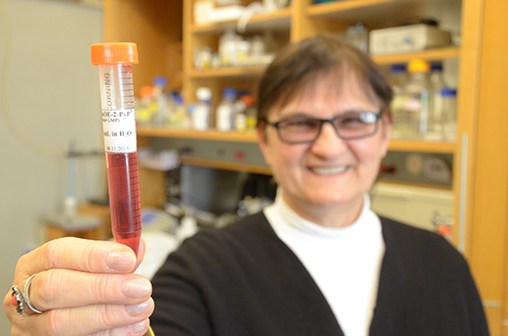 Ines Batinic-Haberle and colleagues developed BMX-001 based on a discovery in a Duke basic research lab. The drug will first be tested in patients with brain cancer and head and neck cancer in clinical trials at Duke in 2016.Duke Cancer Institute member Ines Batinic-Haberle, PhD, holds a vial of liquid up to the light, revealing its red hue. This liquid is the product of 25 years of her work. In a few weeks, it will be injected into human cancer patients for the first time.

The business of living—breathing, metabolism—creates byproducts that, over time, can damage cells. The body defends itself against this “oxidative stress” by many means. One of those is an enzyme called superoxide dismutase (SOD), which Duke scientist Irwin Fridovich discovered along with his then doctoral student Joe McCord, in the late 1960s.

In animal studies, the drug acts like a "double agent"--it protects normal cells from radiation while promoting the death of cancer cells. The red color comes from porphyrin--a compound that helps make up the blood protein hemoglobin. Photos by Jim Rogalski. 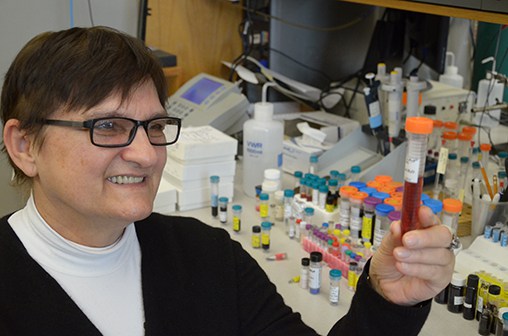 In animal studies, the drug acts like a “double agent”–it protects normal cells from radiation while promoting the death of cancer cells. The red color comes from porphyrin–a compound that helps make up the blood protein hemoglobin. Photos by Jim Rogalski.Batinic-Haberle worked with Fridovich for more than a decade and developed BMX-001 to mimic the SOD enzyme. The synthetic version gets inside cells more efficiently and accumulates there. “My major contribution was figuring out a structure for the synthetic compound to efficiently mimic the SOD enzyme,” she says.

The drug seems to act like a double agent--it protects normal cells but promotes death of cancer cells. After studying the drug for years, Batinic-Haberle, Mark Dewhirst, DVM, PhD, and colleagues found that once it gets inside normal cells, BMX-001 activates natural anti-oxidant defenses. 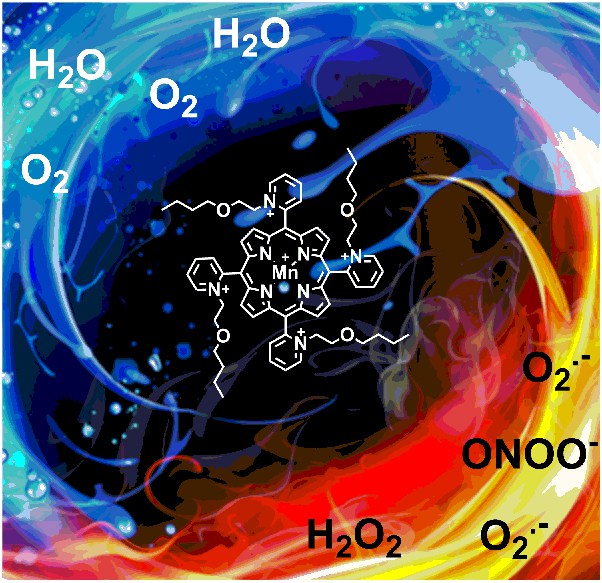 A striking image of BMX-001 along with species involved in its actions. Photo: Artak Tovmasyan, PhD.But in cancer cells, those defenses are disrupted, and high levels of toxic oxidants are already circulating. In those cells, BMX-001 promotes the production of toxins, setting off programmed cell death—a type of planned “suicide.”

3-D animation (below) courtesy of Artak Tovmasyan, PhD., an investigator involved in the development of BMX-001.